Definition of probabilistic characteristics of stress 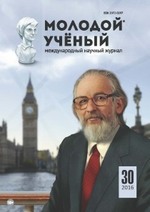 In deterministic calculations the strength of the structural elements is estimated by safety factor n = R / S, where R is the ultimate stress of the material, and S is rated stress. If the stresses are random values, the performance of structural elements should be evaluated by reliability, interpreted as the probability of not exceeding the operating stress. For that it is necessary to know the probabilistic characteristics of the stresses.

For elastic systems the maximum stresses in the dangerous section of S in general form can be written as:

where q — the generalized parameter having a load sense;

k — coefficient depending on the geometrical design parameters.

The specific form of these parameters, we obtain in solving the determined problem of strained-deformed state of the construction. Thus, in the course of the resistance of materials q is an internal power factor, and the coefficient K is one of the geometric characteristics of the cross-section: with tension and compression, it is equal to the square, with torsion and bend it is equal to the corresponding resistance moments. Internal power factor can be expressed through external loads by section method.

With this transformation the stresses and loads distribution laws coincide, and only the parameters of the distribution are changed. So, they are converted to the normal distribution as follows:

where m, — the expectation of a random value standard.

If the design has several accidental loads qi, then the generalized load parameter is a linear combination of random values.

Where p(q1, … qn)) — a joint density of random values distribution qi. If the random loads are not correlated, this formula takes the form

Where Рi(qi) — the distribution density of the random value qi.

In the latter case, one can be used the principle of superposition and write

where the density of random values distribution Si is determined by the formula (2). Now one can be used the expression (3) to determine the maximum stresses distribution density.

Now consider the case where, with the load the parameters of geometric designs are random in this case, in the formula (1) the random parameter is k. From the physical meaning of the parameters follows that the random values q and k are uncorrelated. Then their joint distribution density is

where P (k) — the density of the parameter distribution.

Now, on the probabilities conversion formula the law of distribution maximum stresses can be found

The parameter is usually a power function from the cross-section size. Due to physical reasons the sectional size often is a random value distributed according to the normal law. With tension and compression

- some numerical parameter, and d — a typical cross-section size. In this case from the probabilities of the conversion formula follows that the law of the parameter distribution k has the form

Where kd=σ/m — the coefficient of the size variation.

When bending and torsion k=bd3 and transformation of probabilities

Now, taking into account the table integrals we obtain

The displacement with bend and torsion

We find the first two moments of the distribution. Using the above-mentioned changes of values again, we finally obtain

The first two points of the k parameter can be found approximately in the case when the distribution of P (k) is unknown. For that the use of the function expansion in a Taylor series, and applying to it the mathematical averaging operation are necessary

. Taking the three members of the Taylor series, we get

In solving engineering problems, there are cases when the laws of random values distribution are unknown, but several their first moment sare known. In this case, the probabilistic-stress characteristics can be determined approximately by the decomposition of (1) in a Taylor series. Thus, it is obtained in [1]

If the moments of higher order, are known these expressions can be specify, taking more members of the Taylor series expansion. So, if we take the three terms of the series, we’ll get

This approach is justified in the case where the distribution of random variables are known, the integral (4) is not taken analytically.

If the density of the stress distribution is know, the probability of arbitrary level stress exceeding

It is considered in the example, where the load and parameter of k and are subject to the gamma distribution

Then according to the formula (4) we have

It is easy to show that for this distribution the normalization condition is performed.

If we suppose b2 = b1, then we get the well-known beta-distribution [2]

The moments of order n distribution are equal

If we use the approximate formula (8) to determine these characteristics, we obtain

The difference percent age on the coefficient of variation is 6.6 %.