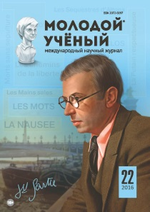 Most present-day conflicts are fought mainly with small arms. They are broadly used in inter-State conflict and they are the weapons of choice in civil wars and for terrorism, organized crime and gang warfare. Small arms are cheap, light, and easy to handle, transport and conceal. A build-up of small arms alone does not create conflict, but their excessive accumulation and wide availability often aggravate political tension, often leading to more lethal and longer lasting violence. People’s sense of insecurity grows, which can in turn lead to a greater demand for weapons.

Morethan940,000 peopledie each year from armed violence, according to the report The Global Burden of Armed Violence. The majority of these deaths — 790,000 — occur outside traditional war zones. Armed violence affects all societies whether they are at war, post conflict, or experience crime or political violence. Such violence impedes human, social and economic development. It is difficult to know how many small arms (weapons designed for individual use, such as revolvers, self-loading pistols, rifles and machine guns) and light weapons (weapons designed for use by two or three persons serving as a crew) are in circulation globally. Authoritative sources put the number at 875 million or more, but there are great problems in counting such weapons. (For the pur poses of this article, the term “small arms” will be used to refer to the whole category of weapons.) The bulk of the production occurs in just 30 countries, led by the United States, the Russian Federation and China. The total authorised trade in small arms and light weapons was likely US $12 billion in 2013.

Small arms are weapons designed for individual use, such as revolvers, pistols, rifles and machine guns. Light weapons are designed for use by two or three persons serving as a crew. More than 1,000 companies in about 100 countries are involved in some aspect of small arms production. Conservative estimates are that 7.5 million to 8 million small arms are being produced each year. It is difficult to assess how many small arms are in circulation globally. Authoritative sources estimate the total to be at least 875 million. Counting such weapons is difficult, as the majority are owned by civilians. The trade in small arms is not well regulated and is the least transparent of all weapons systems. Indeed, the Small Arms Survey (2015) has noted that «more is known about the number of nuclear warheads, stocks of chemical weapons and transfers of major conventional weapons than about small arms». Due to the lack of regulation and controls, in many countries it is too easy for small arms to slip from the legal into the illicit market-through theft, leakage, corruption or pilferage.

Themajorityofsmallarms are sold and transferred legally. However, changing patterns in the small arms trade have complicated controls. In the past, arms markets were relatively easy to survey, with far fewer supply outlets and less intermediate activity. Typically, orders were conducted and consignments were delivered by Government agents. As outlets have multiplied and commercial markets for small arms have become fragmented, the use of private intermediaries-operating in a particularly globalized environment and often from multiple locations-has increased. Contemporary traders, agents, brokers, shippers and financiers may well combine their activities, making it difficult to clearly distinguish the bilateral small arms trade from brokering. Governments must assure that the shipments handled through these of ten complex networks are regulated according to the rule of law. Many countries appear not to have enacted specific laws or regulations covering arms brokering within their systems of arms export control, and it is often unclear if those activities are covered under other laws [1, 180].

Ammunition should be a key part of any discussion on small arms control, yet almost nothing is known about global ammunition flows. More than 80 per cent of the ammunition trade seems to remain outside of reliable export data. As experts have pointed out, maintaining a regular supply of ammunition is what sustains conflict and armed criminal activity. Ammunition stockpiles are quickly depleted in situations of sustained use, such as violent conflict, and preventing their re-supply in situations conflicting with the rule of law should be a matter of prime concern. Much of the ammunition circulating among non-State actors seems to have been diverted from Government security forces, demonstrating the urgent need to better secure ammunition stockpiles. Stockpiles also present a secondary danger to civilian populations when they are placed in densely populated areas. Warehouses holding ammunition have exploded in a number of countries, causing thousands of casualties.

Not only ammunition stockpiles, but also depots of small arms themselves form an acute problem in many parts of the world. «Leaking» Government stockpiles are prominent sources of illegal small arms in circulation. Evidence shows that generally it is better-and cheaper-to destroy surplus and obsolete weapons than to store and guard them. In post-conflict settings, the immediate destruction of surplus weapons and ammunition removes possible fuel for new instability.

In 2015, two United nations instruments on small arms control were agreed upon. Under the Convention against Transnational Organized Crime, countries adopted a Firearms Protocol № 2 by ratifying this document, Governments make a commitment to adopt a series of crime-control measures and implement three sets of provisions on firearms:

On the wider topic of small arms and light weapons, countries agreed that same year on a Programme of Action focusing on preventing the illicit trade in such weaponry. This politically but not legally binding instrument encourages all United Nations Member States to adopt measures at the national, regional and global levels. It contains concrete suggestions for improved national legislation and controls, and international assistance and cooperation. In 2015, within the framework of the Programme of Action the so-called International Tracing Instrument was agreed upon, committing all countries to ensure the adequate marking of and record-keeping for small arms and light weapons and to strengthen cooperation in tracing illicit small arms and light weapons. States are also to ensure that they are capable of undertaking traces and responding to tracing requests in accordance with the requirements of the Instrument. Earlier, in 2000, countries had adopted a set of Basic Principles on the Use of Force and Firearms by Law Enforcement Officials. In addition to actions at the global level, regional organizations around the world have developed regional treaties, strategies and agreements on small arms control [3].

The United Nations strives to improve its own ability in delivering effective policy, programming and advice to Member States on curbing the uncontrolled proliferation and misuse of small arms and light weapons. It is now developing a set of international small arms control standards (ISACS) along the lines of the standards the United Nations has already developed in the areas of mine action and disarmament, demobilization and reintegration of ex-combatants. The purpose of ISACS is to enhance the effectiveness of policymaking and programming across the United Nations system by providing clear and comprehensive guidance to practitioners and policymakers on a wide range of small arms and light weapons control issues.

Many victims of small arms misuse fall outside of immediate conflict zones. The rate of firearms-related homicides in post-conflict societies often outnumbers battlefield deaths. And in numerous societies where armed conflict has not occurred for decades, hundreds of thousands of people die each year from endemic crime and armed violence perpetrated with illegal guns. According to the World Bank, nothing so undermines investment climates as armed insecurity. Moreover, countries affected by armed violence experience particular difficulties in achieving the Millennium Development Goals [4, 691].

In 2012, a large group of countries committed themselves to the Geneva Declaration on Armed Violence and Development, a diplomatic initiative aimed at addressing the interrelations between armed violence and development. The Declaration is now endorsed by over 100 States. Stemming from this initiative, the United Nations was asked to provide more guidance on this relationship, which it did in a ground-breaking report in 2014.

More human rights abuses are committed with small arms than with any other weapons. Small arms facilitate a spectrum of human rights violations, including killing and maiming, rape and other forms of sexual violence, enforced disappearance, torture and forced recruitment of children by armed groups. In situations where the use of small arms becomes the predominant way of settling individual and collective complaints and conflicts, legal and peaceful dispute resolution mechanisms are eclipsed and the rule of law cannot be upheld.

The issue of small arms is a highly gendered topic. Overwhelmingly, small arms are used by and against young males, but women and girls are often gravely affected by small arms violence, through armed sexual violence, intimidation and coercion, or as surviving partners and heads of households. Armed violence also impacts the ability of women to be agents for change, for instance as part of disarmament, demobilization and reintegration processes or community security initiatives. Therefore, gendered approaches are particularly relevant for targeted policy interventions in the field of small arms regulation and control. The same holds true for prevention and response activities to address survivors and perpetrators, as well as community leaders, peace negotiators and peacekeepers. Importantly, more research on the impact of small arms should include the key variables of age and sex. It is crucial to further understand the interplay between armed personal protection and armed power projection, and to focus on developing sustainable, alternative livelihoods for those coping with disempowerment and despair [5, 242].

Armed gangs remain a persistent problem in large parts of the world, attracting boys and young men-often attempting to fulfill their roles as providers-with misleading suggestions of dominant masculinity and easy earnings. Their predatory behavior is abetted by the availability of illicit small arms and ammunition. Moreover, all too often small arms are given to children in conflict zones as a prelude to turning them into child soldiers. Not only are children robbed of their future by the instability and insecurity surrounding them, they are also sometimes actively engaged in battle, both as combatants and by rendering services to armed groups. Despite recent concerted international efforts to address this issue, the situation remains worrisome. Improving these situations requires a mix of policy instruments with a strong development and education component, but two measures in the field of arms regulation should always be part of the equation: securing the weapons stockpiles of armed and police forces, and ensuring that small arms in private ownership do not enter illicit circulation, including to armed groups that children may be drawn into.

Finally, even for just the principle of disarmament stepsdeal, today, many high reputation in the study of topical issues of the international organizations it is difficult to adjust and try to deal with it. Only because only together with the world to spread peace throughout the world.

This is the question I offering the following guidelines: