The Far East: Economic role and position for Russia in the Russia’s integration context in the Asia-Pacific Region | Статья в журнале «Молодой ученый»

The Far East: Economic role and position for Russia in the Russia’s integration context in the Asia-Pacific Region 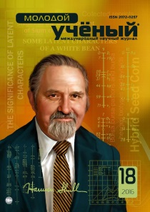 In the context of the worsening Ukraine crisis and Crimea merger, Russia is economically punished with burdensome measures by Europe and United States. These new punishing measures include: Russian banks and enterprises, especially enterprises of oil and gas industry are restricted to get access to European Market; high-tech goods are restricted to export to Russia, travel ban and freezing assets of Russian senior officials, Europe makes effort to reduce independence on Russian’s energy supply. All the above factors weaken Russia’s relationship with the West. Moreover, the United States would like to aim at the Asia — Pacific Region, which makes Russia aim at the East through enhancing relationship with countries in the Asia — Pacific Region.

One of the Russian strategies is to concentrate on developing the Far East, which makes Russia have a standing place as well as outstanding economic and political role in the Asia — Pacific Region.

The Far East is the biggest federal region in 8 federal regions of Russia. The Far East has the main territory in Asia and stretches in 4 time zones. This region has the special geographic position: bordering on the Ural Mountains in the west, the Arctic Ocean in the north, the Pacific Ocean and a part of American territory through Bering Strait in the east, bordering on China and North Korea in the south. Therefore, the Far East has a very important geographic position — the connecting, traffic, strategic position in economic cooperation of the Russian Federation and Asia — Pacific region.

This region is rich in natural resources not much exploited, especially mineral, marine and forests resources. Estimated petroleum reserves are about 18 billion tons and estimated gas reserves are about 25 billion m3. Brown coal, stone coal and coke reserves correspondingly account for 61, 38 and 20 % of reserves of Russian Federation. Diamond accounts for 81 % of reserves of the Russian Federation. The corresponding rate for gold is over 50 %. The whole region has up to 4000 mines of gold, in which 130 big mines gather in Magadan, Amur, Khabarov, Iacutia, and Chukotca. Silver reserves account for 85 % of reserves of the whole Federation and tungsten 23 %, lead 20 %. In addition, in this region, there are different types of minerals as well as remarkable reserves of zinc, platinum, apatite, manganese, potassium etc.

Forest accounts for 40 % of territory. Wood accounts for 33 % of reserves of the whole federation. Wood trees account for 60 % of Far East area.

Economic sector structure.&nbspEconomic sector structure of the Far East is much diversified. Mining sector accounts for the biggest proportion, 24.7 %. Transport and communication occupy the second position with 13.4 %. Construction sector accounts for 12.2 %, trade 10.2 %. Furthermore, finance and service sectors account for 7.3 %; agriculture, forestry and fishery account for 6.5 %, processing industry accounts for 5.6 % and other sectors.

(Source: Department of European Market — Ministry of Industry and Trade) 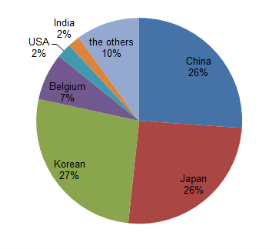 Figure 1. Commercial relationship between the Far East and some countries (Source: Department of European Market — Ministry of Industry and Trade, 2012)

&nbspUnique strategic position of the Far East. The Far East of Russia consists of an economic area along the 200-mile coast. This is an important factor to make a unique strategic position of the region. As estimated, this economic area has an area of about 5 million km2. Russia has sovereignty on natural resources of this area. Therefore, the Far East can develop sustainably and effectively and is a gateway to Pacific Ocean and oceans in the world, political geographic relationship between Russia and countries in North Pacific Ocean. We can see that political geographic position of the Far East is unique because of the following reasons:

3.                   The Far East development solution in the role of connecting the economy of Russian Federation with Asia-Pacific region/

Through the above analysis, we can see the important role of the Far East for Russia in the context of integration of Russia with Asia — Pacific region. Thanks to awareness of such role, Russian government has approved «Strategy for socio-economic development of the Far East and Baikan region until 2025» according to 3 stages:

Furthermore, the Government has performed federal target programs such as: «Developing the socioeconomic Far East region and Far East areas until 2018» and «socioeconomic development of Kuril (Sakhalin) archipelago in the stage 2007- 2015». The long-term strategic target is to perform geopolitical missions to ensure population formation and development in the Far East and Baikan through economic development, creating favorable environment for people’s life in provinces in this regions. To achieve this target, it must be ensured that the Far East has favorable conditions to develop with the speed equal or higher than the average level of the Russian Federation and solve series of imminent missions, specifically:

−                    Forming a firm population distribution system based on regions with high economic growth level in combination with creating a convenient living environment for people.

−                    Reducing barriers for socioeconomic integration of the Far East with other regions of Russia, enhancing competitiveness of products, goods and services in accordance with economic sector by creating legal frameworks to determine special policies on conditions of price, tax, customs, budget etc.

−                    Building up the population and labor forces necessary for solving economic matters in the region, enhancing quality of human resources.

Conclusion. In the current context, enhancing relationship with countries in the Asia — Pacific region has a very important strategic meaning for future of Russia. Countries in this region are still important goods and services consuming markets of the world, which ensure quick economic growth for this region. Simultaneously, Russia sets a target of developing the Far East — the region with the important economic and political geographical location not only for Russia but also for countries in the region — into a main socioeconomic center of Russia to integrate with the Asia — Pacific region effectively.

From next 10 to15 years, developed economic conditions, improved traffic and convenient geographical position will create an environment for the Far East of Russia to become «energy bridge», enlarge economic cooperation, commercial exchange with countries in the region, especially with big economies such as China, Japan, Korea, ASEAN countries about products such as electrical energy, forest product, seafood and high-tech products to make the Russian economy integrate deeply into the Asia — Pacific region.