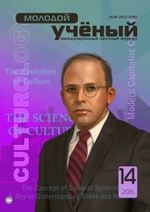 The first World report on disability [1], produced jointly by WHO and the World Bank in 2011, implements the principles of the UN’s Convention on the rights of persons with disabilities [2] and provides the comprehensive information on the current worldwide situation of persons with disabilities with relevance to the fields of public health, human rights and development and barriers they face in attempts to be integrated into the society. According to the report, more than one billion people worldwide have some form of disability and this number corresponds to about 15 % of the world’s population.

Accessibility — describes the degree to which an environment, service, or product allows access by as many people as possible, in particular people with disabilities.

Barriers — factors in a person’s environment that, through their absence or presence, limit functioning and create disability — for example, inaccessible physical environments, a lack of appropriate assistive technology, and negative attitudes towards disability.

Disability discrimination — any distinction, exclusion, or restriction on the basis of disability that has the purpose or effect of impairing or nullifying the recognition, enjoyment, or exercise on an equal basis with others, of all human rights and fundamental freedoms.

De-institutionalization — refers to the transfer of people with disabilities or other groups from institutional care to the life in the community.

According to the report, the most widespread barriers regarding persons with disabilities include the following [1, pp.262–263]:

– Lack of provision of services;

– Lack of consultation and involvement;

– Lack of data and evidence.

In September 2015 the Republic of Belarus signed the Convention on the rights of persons with disabilities and at the present moment awaits its ratification. This important event should lead to the promotion of the principles of the Convention on the levels of state organizations and institutions and promote mass consciousness on the issue of disability among Belarusian citizens.

The emergence of new organizations such as the Office for the Rights of People with Disabilities helps to raise awareness of the difficulties in the lives of persons with disabilities, conduct research, educational seminars, conferences and other events that contribute to the development of legal culture and social consciousness regarding the disability issue.

The Office provided the analysis of the data, collected by the Independent Institute for Socio-Economic and Political Studies (IISEPS), which resulted in the following reports on the issue of disability: “Dynamics of public opinion on various aspects of disability in Belarus 2011–2016”, “Zero report on realization of the Convention on the rights of persons with disabilities”, etc. IISEPS interviewed the citizens of the Republic of Belarus on various topics regarding their perception of disability in 2011, 2012 and 2016, which resulted in the reports on the dynamics of national perception of disability and the disabled people. In 2011 IISEPS interviewed 1503 people, in 2012–1502 people, and in 2016–1508 people of various personal and professional backgrounds. [5] The Office also produced the “Monitoring of the availability of the 2014 World Cup Ice Hockey Championship”, which evaluated the level of accessibility of the event for persons with different kinds of disabilities.

The research on the “Dynamics of public opinion on various aspects of disability in Belarus 2011–2016” shows that educational background of the respondents has primary relation to their knowledge of the Convention on the rights of persons with disabilities. 46.3 % of people with higher education knew about the existence of the Convention, while among the respondents with primary and secondary education this number was much lower — only 20–22 %. [5, p.2]

While growing awareness of the existence of such document as the UN’s Convention on the rights of persons with disabilities is a positive tendency, the report findings show that the mere fact of knowing about the Convention has little effect on the attitudes of Belarusians towards the problems of people with disabilities and ways of their solution. “Knowledgeable” respondents show only slightly higher level of actualization and specification of the problems faced by people with disabilities, acknowledging that they may have more problems with finding financial support and getting education, compared to non-disabled citizens. But the attitude towards inclusive education, inclusive social policies and individual perceptions of people with disabilities has no correlation with the fact whether the respondents know about the Convention or not. [5, p.3]

The general attitude of Belarusians towards the issues of inclusive social policies and providing social equality for persons with disabilities has shown some negative tendencies. The number of respondents who support the strategy of creating the inclusive environment for people with disabilities has declined by 12 % over the past five years. [5, p.7]It is important to stress that this number only shows the dynamics of the attitude change over time, and in 2016 the percentage of respondents supporting the principles of social equality (56.1 %) is still higher than the percentage of those who responded positively to the idea that people with disabilities should be institutionalized, i.e. live, get education and work in specialized service institutions (39.2 %). [5, p.7] Such factors as gender, age, living locations and geo-political views of the respondents have little influence on the abovementioned attitudes, and only the respondents with higher education show the support of the ideas of social inclusion more often than respondents with other educational background. [5, p.8]

* The data are taken from the report “Dynamics of public opinion on various aspects of disability in Belarus 2011–2016”.

The preparations for the World Cup Ice Hockey Championship held in Minsk in May 2014 gave rise to the development of the infrastructure which also resulted in the construction and putting into operation of the special features specifically designed for persons with disabilities. In doing so the government attempted to satisfy the needs of all groups of participants of the championship as well as to satisfy the requirements of the world community. The infrastructural changes expanded the existing disability-friendly objects with special equipment and resulted in the further development of the barrier-free environment. Some of these objects include:

– specially designed subway elevators assisting the movement of the handicapped and the elderly between the subway levels;

– call buttons in the subway entrances particularly on the roots were the World Cup Ice Hockey Championship was held; 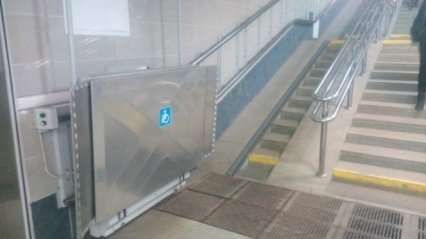 Fig. 1. The lifting platform assisting wheelchair users in one of the pedestrian subways in Minsk, Belarus. (The photograph is the personal property of the article authors.)

The purpose of the “Monitoring of the availability of the 2014 World Cup Ice Hockey Championship” was to evaluate the accessibility of the event for participants with disabilities, including the provision of physical barrier-free environment, as well as the equal opportunity for participation for persons with disabilities in the championship events.

One of the criteria of the Office for the Rights of People with Disabilities on evaluating the accessibility of the objects of infrastructure and the related services for persons with disabilities is based on the principle that these objects and services cannot be partially accessible, “semi-accessible” or relatively accessible. That means that the object or service should consider the accessibility for all categories of the disabled persons, considering the nature and the severity of their disability. [6, p.3]

One of the major problems of the implementation of the general principles of the Convention on the rights of persons with disabilities and the national legislative acts is the application of the term “persons with disabilities” without diversifying of the term “disability”. The term “disability” may refer to a wide range of conditions, indicating full or partial loss of certain physical functions, as well as to the mental health conditions characterized by alterations in thinking or behavior. Even within the two main categories of physical or mental health dysfunctions we may differentiate the conditions according to the state of their severity, which may influence the degree of change of the current environment in order for the disabled people to enjoy equal social opportunities. The large category of persons with physical disabilities may be divided into more specific categories of wheelchair users, people with limited walking abilities, people with functional disabilities of certain parts or organs of the body, the sightless, the hearing impaired, etc. Mentally disabled people can also be divided into more specific groups according to the nature and the severity of their mental condition. According to these specifications people with different types of disabilities may need different kinds and level of assistance, technical support, methods of social inclusion and change of technical infrastructure. Acknowledging different types of disabilities and their diversification and correct representation in normative acts might have a positive influence on the improvement of the current situation regarding persons with disabilities and lead to further development of the barrier-free environment.

We may also conclude that the current Belarusian urban infrastructure is not yet barrier-free and a lot needs to be changed so that people with disabilities could have access to buildings and objects they wish to visit and the events they wish to be part of. Besides the issues of physical accessibility, people with disabilities as still stigmatized in the society, and only the positive shift in the mass understanding and the acceptance of disability can guarantee or at least stimulate the development of the barrier-free environment in both physical and social sense.