Progressive Features of Railway Transport in the Independence Years 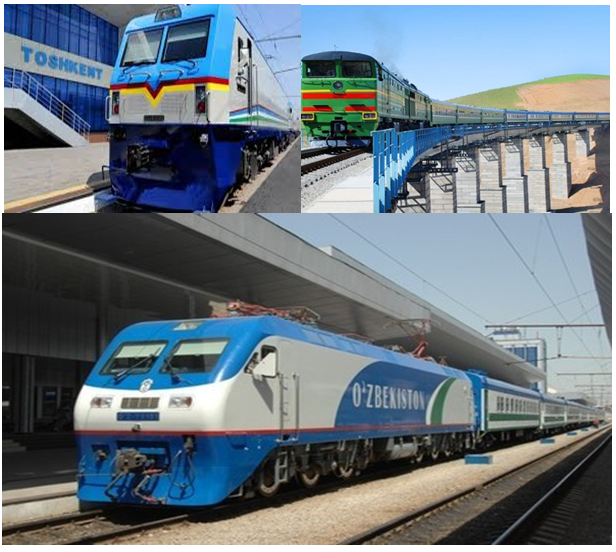 In the independence years uzbek railways completely developed and was known to the world. During these years a huge amount of affairs have been done in order to maintain state territorial unity. A lot of roads were built, some of them have been repaired and constructed with modern technologies. Bridges have been built. In this sphere extraordinary achievements have been gained. Nowadays, identifying and developing of railway infrastructure, broadening of transport roads by building new ways, making a national railway system are one of the most important and strategic directions of our republic. As a result of attention being paid by our president to this sphere in the independence years a lot of plans, such as building railway «Toshguzar-Boysun-Kumkurgan» have been done successfully. The position of this railway that is well-known as «Asr mo’jizasi» in our country’s economy is priceless. From 2007 along this railway with 223 km length trains began to run. Building this railway plays a big role in the development of republic. This railway connects the southern regions-Kashkadarya and Surkhandarya with other parts of the country and enables to create united railway transport communication system along the country. This railway increased the possibilities of making connection with foreign countries, the Indian Ocean directly by Transafgan railway in the near future, the ports of the southern-southern-eastern Asian countries, and increased export, transit power. In new-organized factories and service-centers, especially, in small business and private enterprise, additionally, more than 4000 people got their jobs.New possibilities appeared for appropriation the natural underground recourses of the region. The social-economic life of the population of Surkhandarya and Kashkadarya changed completely and living conditions increased. The distance of carrying of loads and passengers reduced by 170 km while time for 7 hours. Last year by this railway 5 million tons of loads was carried, and 4 million of them was transit loads. One of the plans directed to the mentioned sphere is a big bridge that was built in Amudarya. This building with 681 m length reduced time by 5 hours, distance 300 km of the trains travelling from the capital to Kharazm and Karakalpakistan. Besides these, the infrastructure of providing the railways with electricity is being conformed to the world standard day by day. In coming years «Tashkent-Samarkand», «Marokand-Karshi» railways will be provided with electricity. Apart from this, at the moment «Karshi-Termiz», «Samarkand-Bukhara» railways are being provided with electricity. These railways work for using trains and saving fuel-expense and reducing time of carrying loads and passengers. Among these, an electricited line «Marokand-Karshi» was provided with electricity by special credit of Asian Development Bank and Uzbekistan railways. According to international standard, modern technologies were brought to the line. In January 5, 2012 with the participation of Asian Development Bank the decision of the president was accepted about «Implementation plan of providing Marokanda-Karshi railway station with electricity». In order to implement this plan more than 208 million US dollars were invested, 108.3 million of them belongs to local divisions while 100 dollars belongs to Asian Development Bank. From august 22, 2015 in the direction of «Tashkent-Samarkand-Karshi» fast electric-train «Afrasiyab» started its activity. Before it took almost 6 hours to get to Karshi from Tashkent, and it was reduced by 3 hours. This large plan opened the door of big opportunities to carry passenger and loads in electric-trains, and this leads to economical thriftiness. At the moment, «Gumbaz», «Ulus», «Jom», «Ayritom», «Aflotun», «Niguz», «Kashkadarya» stations work with modern technologies. One more big plan of providing «Karshi-Termiz» (325 km) with electricity is being done by «Official development assistance» program of Japan. The most important thing is that this plan will give an opportunity in future to provide «Toshguzar-Boysun-Kumkurgan» with electricity which is an important part of national railway system. Providing «Tukimachi-Angren» railway with electricity became a fundamental step for being built one more railway «Angren-Pop». The total capital of this plan is 1.9 billion dollars. At present time in this railway line that is being built by Uzbekistan railways and «Railway Tunnel Group» by China building is being continued. This building object consists of tunnel with 19.1 km length, 285 water conductors and 6 road conductors, 19 railway bridges and 2 train stations. Moreover the quality of building in tunnel is always under-control. For this matter specialists from «DB International» company of Germany were invited. They watch each process here and estimate them. If it requires they have consultation. This magic building will be getting important position in developing trade-economic relations, reaching to European continent for not only our country, but also other countries of the Central Asia.Coming to conclusion, the reforms being held by the head of government in railway system is impacting significantly to the social-economic and political life of our country. Practical activity directed to create a single railway sphere gives a chance of taking place products of our country in the world markets in the future, undoubtfully.