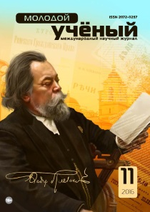 There are some people who have a knack for learning second languages and others who are rather poor at it. Some immigrants who have been in a country for twenty years are very fluent. Others from the same background and living in the same circumstances for the same amount of time speak the language rather poorly. So all are the same but why are there such differences? Differences in second language learning ability are apparently only felt in societies where second language learning is treated as a problem rather than accepted as an every-day fact of life.

As we see, children are believed to be better at learning second languages than adults. Most of us know a friend or acquaintance who started learning English as an adult and never managed to learn it properly, and another who learnt it as a child and is indistinguishable from a native speaker. Linguists as well as the general public often share this point of view. Chomsky has talked of the immigrant child learning a language quickly, while “the subtleties that become second nature to the child may elude his parents despite high motivation and continued practice”. Most people prove this annually. They start the year by worrying whether their children will ever cope with English, and they end it by complaining how much better the children speak than themselves. This belief in the superiority of young learners was enshrined in the critical period hypothesis: the claim that human beings are only capable of learning their first language between the age of two years and the early teens. A variety of explanations have been put forward for the apparent decline in adults: physical factors such as the loss of ‘plasticity’ in the brain and ‘lateralization’ of the brain; social factors such as the different situations and relationships that children encounter compared to adults; and cognitive explanations such as the interference with natural language learning by the adult’s more abstract mode of thinking. It has often been concluded that learning any foreign language should be started as early as possible. Indeed, the 1990s saw a growth in the UK in ‘bilingual’ playgroups, teaching French to English-speaking children under the age of 5. Much research, on the contrary, shows that age is a positive advantage. English-speaking adults and children who had gone to live in Holland were compared using a variety of tests. At the end of three months, the older learners were better at all aspects of Dutch except pronunciation. After a year this advantage had faded and the older learners were better only at vocabulary. Studies in Scandinavia showed that Swedish children improved at learning English throughout the school years, and Finnish-speaking children under 11 learning Swedish in Sweden were worse than those over 11. Although the total physical response method of teaching, with its emphasis on physical action, appears more suitable to children, when it was used for teaching Russian to adults and children the older students were consistently better. If children and adults are compared who are learning a second language in exactly the same way, whether as immigrants to Holland, or by the same method in the classroom, adults are better. Age itself is not so important as the different interactions that learners of different ages have with the situation and with other people. De Keyser and Larson-Hall found a negative correlation with age in ten research studies into age of acquisition that is, older learners tend to do worse. Usually children are thought to be better at pronunciation in particular. The claim is that an authentic accent cannot be acquired if the second language is learnt after a particular age, say the early teens. For instance, the best age for Cuban immigrants to come to the USA so far as pronunciation is concerned is under 6, the worst over 13. Ramsey and Wright found younger immigrants to Canada had less foreign accent than older ones. But the evidence mostly is not clear-cut. Indeed, Ramsey and Wright’s evidence has been challenged by Cummins. Other research shows that when the teaching situation is the same, older children are better than younger children even at pronunciation. An experiment with the learning of Dutch by English children and adults found imitation was more successful with older learners. David Singleton sums up his authoritative review of age with the statement:

A related question is whether the use of teaching methods should vary according to the age of the students. At particular ages students prefer particular methods. Teenagers may dislike any technique that exposes them in public; role play and simulation are in conflict with their adolescent anxieties. Adults can feel they are not learning properly in play-like situations and prefer a conventional, formal style of teaching. Adults learn better than children from the ‘childish’ activities of total physical response — if you can get them to join in. Age is by no means crucial to L2 learning itself. Spolsky describes three conditions for L2 learning related to age: