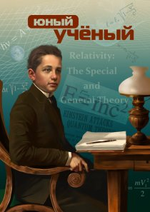 The study of verbal aggression as a scientific object was first begun by psychologists. Psychologist A. A. Rean analyzed the definitions of aggression from foreign psychology and came up with two approaches on aggression: ethical-humanistic and evolutional-genetic.

The first approach considers aggression as inflicting harm. In the second approach, aggression is viewed as a biologically expedient form of a person’s behaviour, which makes for survival and adaptation. A majority of researchers define aggression as purposeful destructive behavior

The essence of verbal aggression as a communicative phenomenon is the attacking of one of the communicators using such “weapons” as words, speech by the other, who acts as an aggressor.

Dollard’s interprets aggressive behaviour not as an evolutional process but a situational one, which is a result of effect of frustration. American psychologist P. Evans defines verbal aggression as “a means of controlling and overwhelming another person”.

Verbal aggression is a symbolic form of aggression in the form of inflicting psychological harm using mostly vocal (scream, the change in tone and verbal components of speech an accusation, abuse, etc). Verbal aggression may be open or hidden.

-        verbal — active- direct- verbal abuse or humiliation of another person

-        verbal — passive — direct- refusing to talk with the other person, to answer his questions

-        verbal — passive — indirect- refusal to give some verbal explanations, to speak out in defense of the unjustly criticized person.

There are four primary reasons or causes of aggression suggested by such scientists as Infante, Trebling, Sheppard, and Seeds (1984):

2.                  Social learning—in which the aggressive behaviour has been learned from observing other individuals.

3.                  Psychopathology—in which an individual attacks other persons because of unresolved issues.

-        “I would hate for you to run away with a false idea of your father, Potter,” he said a terrible grin twisting his face.

-        “Well, you don’t just hand in your resignation to Voldemort. It’s a lifetime of service or death”

-        “You dare use my own spells against me, Potter? It was I who invited them’ I’ the Half-Blood Prince! And you’d turn my inventions on me, like your filthy father, would you? I don’t think so…..no!”

-        “Never used an Unforgivable Course before, have you, boy?” “You need to mean them, Potter! You need to really want to cause pain to enjoy it “righteous anger won’t hurst me for long.”

-        “They stuff people’s heads down the toilet the first day at Stonewall,” he told Harry.

The author used verbal aggression in these phrases. They can influence behaviour of a teenager and first of all of a child. So we should think of our actions and speech.

3.      Jump up to Randi Henderson and Tom Nugent, «The Zero Curse: More than just a coincidence?" (reprinted from the Baltimore Sun), November 2, 1980, in Syracuse Herald-American, p C-3