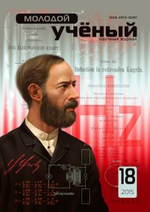 For normal life the high level of quality of environment, i.e. clean atmospheric air, clear water is necessary for the person for drink and bathing, and also preservation of natural complexes which can be used for restoration of its forces and health.

Development of society in many respects is defined by stocks of natural resources and scales of their consumption. The problem of long-term resource provision, permission of resource and raw crises have to be under construction on the basis of waste-free and rational environmental management.

Anthropogenous factors led to pollution atmo-and hydrospheres, to emergence of global economic problems (exhaustion of an ozone layer, greenhouse effect, warming of climate), under the threat of disappearance there were many animal species and plants.

Scales of production and consumption of natural resources promptly increase. For the last 30 years by 6–7 times the need for energy resources, including grew by oil — by 10 times, on gas — 161 times. More than 10 billion t are annually burned. combustible raw materials therefore millions of tons of carbon monoxide are released into the atmosphere. Carbon monoxide strengthens the greenhouse effect leading to increase of medium temperature indicators of the planet on 0,5–0,6 °C (data for the last 100 years).

The atmosphere of our planet is polluted by methane, carbon oxides, nitrogen and sulfur; the contents percent in the atmosphere of heavy metals (lead, copper), etc. increases. Many of these substances negatively influence health of the person.

Serious danger to a vegetable earth's mantle, the soil, fauna, open water sources, historical and architectural monuments is represented by acid rains which education is connected with a large number emission in the atmosphere by the metallurgical and fuel and energy enterprises of oxides of sulfur.

Work of the mines and mines extracting coal, ore, mineral salts and other minerals leads to violation and reorganization of landscapes of huge territories, especially if production is conducted in the open way. On places of this development the anthropogenous landscape is formed.

The anthropogenous landscape — a geographical landscape, for example, the open way of production of iron ore created as a result of purposeful activity of the person owing to which there can be changes of a natural landscape at Sokolovsko-Sarbaysky mining and processing works negatively affected a natural landscape.

The total area occupied with anthropogenous landscapes makes nearly 30 million hectares. Further development of production, conservation and rational environmental management are impossible without complex consumption of mineral resources on the basis of recirculation.

Recirculation — regulation of production for the purpose of reasonably reasonable, expedient use of raw materials, increase in terms of use the ischerpayemykh of not renewable natural resources, recycling.

Along with traditional producers of energy the important role is played also by alternative sources, being inexhaustible, renewable and ecologically safe. Wind power, the sun concern to them, sea inflow and otliv, geysers, water. A power source is also biomass. The energy emitted at world circulation of biosubstances exceeds the cumulative energy made by all power plants.

As the main indicators of an ecological situation the following indicators can serve in the republic:

-        the raw and developing specialization of economy;

-        prevalence of the extracting enterprises;

-        placement and population density, problems of the cities;

-        features of a condition of separate natural complexes, extent of degradation.

At the characteristic of an ecological condition of our republic becomes obvious that unsuccessful areas are in most cases located in regions of large industrial centers and tests of the nuclear weapon. From this point of view to ecologically unsuccessful it is possible to carry East (especially northeast region), the Central and the Western Kazakhstan.

Excess of standards of admissible concentration of air pollution leads to deterioration of health of the person, harmful influences live organisms. Harmful gases, especially carbon dioxide, lead to diseases of respiratory organs. The greatest number of allergic reactions, bronchitis, attacks of asthma is observed in Karaganda, Temirtau, Kyzylorda, Ust Kamenogorsk and in Almaty.

Pollution of atmospheric air is promoted also by climatic conditions. An insignificant amount of precipitation in the republic, rather small speeds of air in Almaty, Shymkenta, Riddere and Zyryanovsk don't promote self-cleaning of the atmosphere.

The catastrophic situation developed and in Priaralye. According to certain scientists, process of death of the Aral Sea is irreversible. The main reasons — extensive system of managing, a big intake of water on an irrigation and irreplaceable water consumption.

The bared bottom of the Aral Sea became the center the solepylevykh of storms. Strong storms carry poisonous dust on thousands of kilometers.

In recent years the Caspian Sea, as well as other seas of the globe, is influenced by the anthropogenous influence which is shown in pollution of the rivers and seas oil products, organochlorine pesticides, heavy metals, products of active navigation. Deterioration of an ecological condition of the Caspian Sea results also from flooding of coastal oil-extracting territories because of rise in sea level.

Pollution of the Caspian Sea is the reason of reduction of quantity of sturgeon fishes and death of seals and many bird species. The solution of this problem should be considered in a complex and with the assistance of all Caspian states.

Problem of preservation and ensuring health of the population — the major task, both Kazakhstan, and World Health Organization.

The solution of the developed problem possibly only in the conditions of harmonization of relationship between society and the nature. It is necessary to change the developed system of «economic profitability» to «ecological wellbeing».