The role of community in the development of society of citizenship 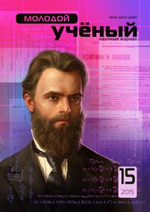 Humanity is taking steps in the age of information successively. The notion of “Managing Information” comes of the present period which is called “The Age of information technologies”. As the world ceperience proofs that there are sometimes the problems of providing false information or negative interpretation of it, sometimes using the information in selfish way with bad intentions, comes about in society. That is why, special care is taken about strengthening ideological affairs in our country. We can say that, the fate of any nation or country is determined information, but not they armed forces nowadays. The Presidential Decrees on “Supplementary arrangements on improving the influence and efficacy of held traditional educational, publicity and propaganda among population” and “The Propaganda of national ideology and raising efficacy of spiritual educational affairs” had great impact in this sphere.

XXI century is the age of information technologies. Step by step the process of information exchanging is influenced by global sphere. The process of information exchanging has not only positive features but also negative influence to the users. As a result present day ideological range is becoming more and more powerful than nuclear range. In this turn it raised the value of public relations among people. Being one of the main sources of ideology has already become an inseperable pat of our life. Because they have great effect one developing public opinion in social relations. Increasing the influence by number of presentation on legal topics is the requirement of present day life. In order to reach this goal, at first it is necessary to fasten relations of political fractures in parlament with the public. As we have chosen the way of establishing legal democratic state and public citizenship society, achieving law priority and developing citizen`s legal knowledge, legal concourse, legal culture are bases of this great task.

Public Relation was founded on the base of journalism and nowadays these two activities are closely connected with each other. That is why the relations between them is very complicated. It is clear that, the relation of Public Relation with mass media plays an important role. The effective way of communication with public as the press, radio the television. In the world experience, the coorperation of Public Relations activity with the press is called “Media Relations”. As our country is going on to market economy relations, using Public Relation service is very important in our country than ever. Because, if we organize Public Relation services in huge enterprises, their products become popular among customers, as a result it prevents the spread of low-quality imported products, local products will be sold in wide sphere.

In its turn, it is necessary to point out that building legal democratic state in our country, establishing citizenship society is closely connected with the activity of Supreme Council “ Oliy Majlis” and laws of this executive branch and their implementation to the life and acceptance by the people or nation. For this the significance of public relations is unique. The Branches of political parties in legislative chamber of Supreme Council of the republic have own experience in public relations. According to the Republic Constitution of Uzbekistan: “The State government system of the Republic of Uzbekistan is divided into legislative, executive and judiciary branches principally”, the “Oliy Majlis” or legislative branch deals with not only passing the laws out but also pays special attention to public relations. To this point, Supreme Council fractures` active their deputies in their regions by organizing meetings with public. The legislative branch of Oliy Majlis has own methods logical farm and directions.

At first, it is taking into consideration the public opinion in legislative process. The organization of expert groups at each community is the proof to it. Secondly, it contributing to it by the activity of control analysing of the public attitude to the passed law. Parliament control-analyses activity is the expression of national legislative. There no control-analyses activity in many countries of the world. We can point out the parliament questionnaires and different commission activities as the examples at the parliament control-analyses activity. For example, two commissions were organized during early two chamber parliament in the first two years. In order to study Andidjan events, an independent commission and the negative influence of aluminum plant in Tadjikistan to the northern districts of Surkhandarya the, the special comission of Supreme Chamber (Oliy Majlis) of republic of Uzbekistan were organized and expressed their concluding points by studying the problems thoroughly and taking into consideration people`s opinions.

Thirdly, enough attention is being paid to propaganda of it. From early days Independence wide roads are open to democracy. The commit of press and evidence was organized in Oliy Majlis. The president I.Karimov gave a speech in Council session in Fergana region on February 14, 1995 and said the following about democracy, public relations press: “ We are building an evident and democratic society. Our purpose ambitions and work are open, there is nothing to keep in secret in it. So, even President, ministers, governors, common people shouldn`t be afraid of evident talk, conversation. The Press must be a link between the common people who voted for us and the members of government. We have nothing to keep in secret. Our policy is evident. We will win, when we consult to nation, doing reforms and inform people about then results of it, not keeping in secret the troubles in society, being open in the most difficult points also in society. Democracy and evidence will be a strong power against to the rumours, lies and false facts by our enemies. There will be no job for fault finders”.

According to the President of the Republic Uzbekistan I.Karimov in his book, “We build our future with own hands” said the following about it: “Another solution to the problem is connected with the freedom of thought and speech. Gaining the freedom of speech for the members of society, defending of it, providing these rights in real life are our main duty. The broadcasting system in society should have fixed position with pride and honour to express citizen`s rights freely”. In general, the legislative activity of Supreme Chamber`s political parties` fractures aiming to new steps and intensities of innovation, putting into legal order the political, social, economic, spiritual and other spheres in the country have widely been implemented in order to introduce people.