Hormesis: general principle only for factors present in the environment 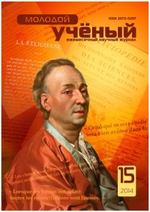 Hormesis is a concept of biphasic dose-response to different environmental, toxicological and pharmacological agents. According to this concept, a noxious agent at a small dose can exert a beneficial action; and, in general, small doses act in a different direction as compared to the higher doses. Among the known hormetic agents are radiation, heat, heavy metals, ethanol, pro-oxidants, exercise and food restriction [1] as well as different kinds of stress [2]. All these factors are present in the environment, so that the hormetic effect is explainable from the evolutionary viewpoint: living organisms have adapted to a certain level of the impact. As for antibiotics [1], that are absent in the environment, the “hormetic” effect develops secondarily along with the adaptation of microorganisms i. e. development of antibiotic resistance. Hormesis as a general principle is conceivable only for the factors that are present in the environment, having induced adaptation of living organisms, so that a deviation in either direction from an optimum would be harmful. It is the case e. g. for light or atmospheric pressure as well as for many chemical substances and elements. There is no known general reason to expect existence of hormetic dose-responses for factors absent in the natural environment. Even known hormetic effects can be questionable because of the difficulties of differentiation between low-level hormetic and placebo effects [3] or questionable reliability of detection. Hormesis-related aspects of ionizing radiation were discussed previously [4,5].

Hormesis has been generalized and used, for example, as a theoretic support for homeopathy [6]. Homeopathy originated in the vacuum of medical knowledge of the 19th century, prior to the acceptance of the germ/gene bases of disease; it has not been grounded on scientific evidence [7]. Some publications generalizing hormesis [6,8] can be cited in support of homeopathy and placebos: in gerontology and other fields of medicine, being suitable for endorsement of official registration of drugs and dietary supplements. Suggestions that homeopathy is based on hormesis create an illusion that it employs a scientific method. Without supporting evidence for the efficacy or purported mechanisms of homeopathy, the term hormesis should not be linked with it in any way [7]. There is no place for mystification and artisanal secrets in the modern health care; medical knowledge must be transparent: if homeopaths or traditional therapists have valuable empirical knowledge, it should be discussed in the professional literature and tested by scientific methods. Admittedly, it can be demanded on the same grounds that all non-classified professional knowledge must be transparent, starting from the food industry, whose products in Russia not always correspond to their labels.

In some works by Edward Calabrese [6], the concept of hormesis tends to be treated as a matter-of-course. In a response to the question: “Is hormesis likely to occur for all types of drugs?” it is responded that “there are sufficient data to conclude that the hormetic dose response is common, reproducible, and a biological expectation in the vast majority of biological systems, end points measured, and chemical classes tested.” [6] The question “May drugs be acting hormetically even though the experimental data appear inconsistent with this interpretation?” is answered: “The hormesis concept establishes a biological context for some of the key ‘rules’ of pharmacology and toxicology” [6]. This statement can make an impression that hormesis is a general biological principle. However, generalizations, according to which “hormetic-like biphasic dose responses may represent a general biological dose-response pattern or strategy” [6] are not supported by scientific evidence [9,10]. The “homoeostasis overshoot hypothesis”, assuming that an overshoot of repair- and self-recovery mechanisms in response to mild damage can be held responsible for the beneficial effects of hormesis [11] is generally not supported by evidence. Defense and repair mechanisms are apparently too diverse to allow for such generalizations. Moreover, some noxious agents can have a cumulative effect, for example, on the cells incapable of efficient cellular regeneration such as neurons or cardiomyocytes. It can be of particular importance in conditions when such cells are pre-damaged e. g. by ischemia so that even a mild damaging impact would act according to the no-threshold pattern without hormesis. In conditions when a cell, tissue or organ is close to a decompensation, even minimal additional damage can be fatal. Under such circumstances, which are not uncommon especially in gerontology, the hormesis concept can be dangerous. It would hardly be appropriate to apply mild hypoxia in angina pectoris in a hope for a hormetic effect.

Considering the above, the statement: “The hormesis concept is a fundamental dose response, highly conserved, and set in an evolutionary framework” [6] might be relevant only for the factors that have induced evolutionary adaptation. If even hormesis was observed in studies of certain substances that are absent in the environment [12], there is still no reason to conclude that “hormetic dose responses are broadly generalizable, being independent of biological model, endpoint measured, and stressor agent, and represent a basic feature of biological responsiveness to chemical and physical stressors” [12], the more so as even known hormetic effects can be questionable [3].

The article [6] can be cited in support of homeopathy and placebos, in gerontology and other fields of medicine, also to endorse official registration of drugs and dietary supplements. It can pave the way for homeopathy and placebos in lieu of the evidence-based medications, as an inexpensive substitute, especially for elderly patients. Marketing of placebos in the guise of evidence-based medications is not unusual; and artificial theoretic concepts are sometimes created for that purpose, some examples are in [13]. Note that patients can be influenced not only by medical advertizing, which is often misleading in Russia, but also directly or indirectly by scientific publications. Commercial and other nonmedical considerations sometimes replace medical ethics; some patients see it and try to come clear with their ailments with the help of professional literature, which is their right. However, public access to medical literature is artificially limited [14]. Deception is normally objectionable on the grounds that it limits autonomy and breaches trust; these grounds possibly do not apply to placebos when they are prescribed within appropriate ethical limits [15]; although there is an opinion that clinical placebo interventions are generally unethical, unnecessary, and unprofessional [16]. If even placebo therapy with misinformation of a patient might be regarded ethically justifiable in certain cases [17], it is still not a reason to publish biased information that can be misused for profit. It should be stressed in conclusion that hormesis as a general principle is unproven and has no umbrella theoretic basis for factors that are absent in the environment thus having induced no evolutionary adaptation. At least for such agents, practical recommendations should not be based on the hormesis as a default approach [18]. All clinically relevant effects, hormetic or not, should be verified according to the principles of evidence-based medicine.