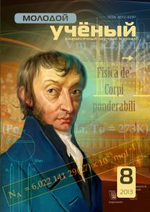 This approach is developed under different names: methods of trajectories or modified characteristics and semi-Lagrangian one (see, for example, [12]- [19] and the reference there).

In order to highlight the essential ingredients of suggested approach we shall operate with one-dimensional problem again, keeping in mind that we shall extend this method in subsequent papers. In this paper, we will first show how to consider the possible boundary conditions in contrast to the periodic conditions of the previous paper [16]. Then we modify the presented algorithm for big and huge velocity and give a numerical example that demonstrates the stability independent of CFL condition.

2. The statement of problem and the main theorem

So, in the rectangle

and is positive for simplicity sake.

Assuming the continuity of

at the coordinate origin. Moreover, for continuity of first partial derivatives in (1) the following equality must hold:

By simple calculations we can obtain the necessary condition for the continuity of the second partial derivatives at the point (0, 0), etc. We will not dwell on the question of the sufficiency of this conditions for the smoothness of the solution

and at once we assume sufficient smoothness of the velocity

For both these nodes we construct the characteristics

of equation (1) at segment

[20, 21]. They satisfy the ordinary differential equation with different initial values:

We supposed that they are not mutually crossed and therefore

For this case the following result was proved in [16].

Theorem 1. For smooth solution of equation (1) in the standard (first) situation (Fig. 1) we have equality

But the boundary condition (3) may produce two other situations. First, for small

may be interrupted at line

continues up to line

(see Fig. 2). And second, both trajectories

are interrupted at line

(see Fig. 3). We enumerate these situations from one to three.

Fig. 2. Second situation: trajectory C1 is interrupted and C2 does not

Fig. 3. Third situation: both trajectories C1 and C2 are interrupted

Theorem 2. For smooth solution of equation (1) with boundary condition (3) in the second situation (Fig. 2) we get the equality

the curvilinear pentagon bounded by lines

the corresponding parts of these lines, which form the boundary

defined at each part of boundary except 5 vertices of pentagon.

Fig. 4. Integration along the boundary in second case

Now use formula by Gauss-Ostrogradskii [20, 21] in the following form:

means scalar product. Since the boundary

consists of five parts we calculate the integral over

separately on each line:

the tangent vector is

Therefore the external normal (that is orthogonal to it) equals

For other two parts of the boundary we use the same way to calculate the integrals:

The next result is justificated like previous theorem with some simplification. Therefore we give it without any proof.

Theorem 3. For smooth solution of equation (1) with boundary condition (3) in the third situation (Fig. 3) we get the equality

Note that this situation contains the case when

So, consideration of the boundary conditions in the calculation expressions

resulted in an additional calculation of the integrals along

In this sense, consideration of boundary conditions makes minor modifications into the algorithms discussed below, so in further considerations we return to the periodic case.

So, let the condition of periodicity holds for the problem (1) — (2), namely functions

are supposed periodical in

and are smooth enough for further considerations.

Now we formulate some modification of numerical algorithm from [16] for solving problem (1) — (2). First, take integer

and construct uniform mesh in

and construct uniform mesh in

Then make the following cycle for

supposing that the approximate solution

is known yet at previous time-level for

1. With the help of values in these points and periodicity we construct the piecewise linear (periodical) interpolant

for example, by Runge-Kutta method. They produce cross-points

we use periodicity of our data. One can see that we get values

which do not coincide with exact values

Let we solve equations (4) with the following accuracy:

by trapezoid quadrature formula separately at each nonempty subinterval

4. Due to Theorem 1 it is supposed that

Thus, we complete our cycle which may be repeated up to last time-level

Condensed form of this algorithm in terms of piecewise linear periodical interpolants is written as follows:

So, we get approximate discrete solution

First we prove the conservation law in discrete form.

is given, and we construct piecewise linear interpolant

Theorem 4. For any initial condition

Proof. The justification directly coincides with the proof of Theorem 2 in [16] with substitution

Theorem 5. For any intermediate discrete function

Proof. Again the justification directly coincides with the proof of Theorem 3 in [16] with substitution

Theorem 4. For sufficiently smooth solution of problem (1) — (2) we have the following estimate for the constructed approximate solution:

Proof. We prove this inequality by induction in

this inequality is valid because of exact initial condition (2):

Suppose that estimate (25) is valid for some

and prove it for

with a discrete function

that satisfies the estimate

Because of Taylor series in

in the vicinity of point

Thus, we get equality

Now let us evaluate the difference caused by error (17):

From the properties of piecewise linear interpolant it follows that

Due to Theorem 3 last term in brackets is combined into

then this inequality is transformed with the help (27):

We can see that at last time level we get inequality

In some sense we got a restriction on temporal meshsize

to get convergence. For example, to get first order of convergence, it is enough to take

But this restriction is not such strong for constant

Moreover, it is opposite in meaning: here the greater

Thus, this approach is convenient for the problems with huge velocity

Now discuss the choice of

with appropriate accuracy and stability conditions [22, 23].

and solve the equation (1) with initial condition

subject to periodicity. Then exact solution is

The result of implementing the presented algorithm is given in Table 1. Here in this experiment we set

(as the most implemented ratio in computations). The first line shows a number n of mesh nodes and the middle line contains the values

The last line demonstrates the order of accuracy.

Thus, we continue presentation of the numerical approach [16] which is more convenient for huge velocity

Here we show the treatment with boundary condition instead of periodical one, and then we examine theoretically and by numerical example the effect of the approximate solving the characteristics equations instead of exact process.

Again we have to note that the accuracy is the higher the less time steps done in the algorithm. But for the equations with nonzero right-hand side a small time step

will be crucial for appropriate approximation.