Sceneries from the History of Kokand City Duma 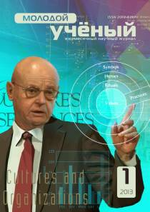 One of the cities of Ferghana valley Kokand was social-economical and cultural centre of the province, the city’s administrative government courts completely differed from the courts of other cities of Ferghana valley. Considering the social-economical reputation of Kokand city in the province and the assembly of Russian officials and military men in the city, Turkistan general governor gave the city the right of self-governing independently on 15 July in 1876 [1]. the right of self-governing was given to the city just officially, but in real the city was governed by the general governor and the representatives appointed by him. In 1877 on 27 April the capital of the province was officially changed from Kokand to Yangi Margilan. In 1877 on 1 June the administration of Kokand city was finished and all its members were dismissed and the right of governing the city was given to the charge of the head of the uezd (smallest administrative unit until 1923). Until 1917, the city was governed by the head of the uezd, his duty was to control on all the administrative governments and police stations in the city. Though the number of local population is higher than the representatives of European people, the representatives from the local population almost didn’t attend in the city administration.

In the result of the conflicts among the representatives of the local population during the before election agitation and propaganda in Kokand city in 1917 from 6 October night to 7 October five people from Muslim people perished [2]. The before election agitation and propaganda was held with the great interest and high activeness of all the class of the city population and the representatives of different organizations in the city. Both the representatives of Russian population and the local population paid attention to the election processes with great interest. According to the result of the election, the foundation of city administration in Kokand was announced. Administering the city’s economy, setting a common relationship with the city administration, submitting all the property of the city, treasury, all the equipments and documents to the administrative organizations of the city were put to the obligation of Kokand uezd commissar [3].

In 1917 on 15 October Kokand city Duma continued its meeting. In the meeting mainly two questions were discussed:

Although the members of the Duma completely supported Zubarev, they held an election again voting by an open ballot. According to the result of the election Yurevski was elected as the chairman of Kokand city Duma. Gurvich, who was recommended to the position of the head of the city by the Muslim group was elected to this position. The Duma members Umarov and S. Kuldoshboev asked the representatives of European population for their agreement if they work in the position of the deputies of the head of the city which was recommended for them. The representatives of European population agreed to work in the recommended positions. Nekkor, Meteryakov and Chernoborodov were unanimously elected as the members of the city administration. It was decided to write down the Duma meeting documents in two languages: Russian and Uzbek.

In 1917 on 5 November an out of turn meeting of Kokand city Duma was held. In the meeting basically the following questions were:

In 1917 on 11 November in the next meeting of Kokand city Duma the following questions were discussed.

The above information proves that Kokand city Duma worked active at social-economical governing of the city and the representatives of local population had a great confidence in the city Duma.

In the result of state overthrow in Russia Empire in 1917 on 25 October the government was captured by the bolsheviks [7]. Bolsheviks’ organization of their government authorities went together with finishing the previous government authorities which didn’t supported them. This case belonged to the city Dumas too. Although the city Dumas in the province were elected by the population in an alternatively democratic way, the Bolsheviks finished them.