Differences Between Russian and English Language 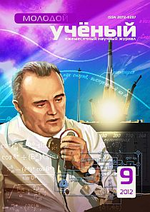 Languages naturally evolve and the theory goes that at some point in time, as groups of people went their separate ways, their languages evolved and changed over time in different ways. Eventually, the languages of the various communities of people evolved differently enough that they became different languages.

Most languages share common factors and can be divided into language families. For example, modern languages like English, Dutch and German are part of the Germanic language family, and share a common ancestor called Proto-Germanic. Russian is part of the Slavonic branch of the Indo-European language family. It is closely related to other Slav languages such as Polish, Czech and Serbo-Croatian. v

English and Russian are very different in many important aspects. The chief difference is that Russian is a synthetic language, whereas English is an analytical language. In particular the grammar systems show significant variations. English has a fairly fixed word order. Meaning is expressed through the addition of words (for example auxiliaries) and movement of words within limited boundaries. Russian, on the other hand, conveys meaning largely through changes in the composition of words (e.g., by inflections or the addition of prefixes and suffixes). Its word order is very fluid. Because of these differences Russians often find learning English a serious challenge.

Alphabet. Russian language uses Cyrillic alphabet, some of whose letters are similar to letters in the Latin alphabet used by English. There are some unique letters that are not present in any other language.

Phonology. Due to differences in the phonological systems, it is relatively difficult for Russians to acquire native-speaker-like standards of pronunciation and intonation. Russian consists of 5 vowel sounds, with no differentiation between short and long vowels. This contrasts with English which has 12 vowel sounds (5 long, 7 short), plus 8 diphthongs. Possibly the most significant vowel difficulty for Russians is the sound in her / cur. Other vowel problems include the failure to discriminate between the sounds in sat / set or sit / seat.

Russian has a similar number of consonants to English, but their sounds do not fully overlap. The /θ/ and /ð/ sounds do not exist in Russian, so words such as thin, then and clothes are predictably difficult. As with many other learners of English, the /w/ and /v/ sounds are troublesome, west being pronounced vest, for example, or vice versa. The /ŋ/sound at the end of words like sing or thinking is difficult for Russian learners to produce accurately. Such words often end up as sin or thinkin.

Intonation. Russian has variable stress patterns, as English. However Russian learners may give undue prominence to words that English native speakers would swallow; for example as and has in the following sentences: He's as strong as an ox / She has 3 brothers. Russian learners may ask questions with falling instead of rising intonation, which does not sound polite to English native speakers.

Grammar - Verb/Tense. Russian and English convey meaning through the verb systems in different ways. The Russian system is based in the concept of aspect: actions are either completed or not completed. This is shown by appending affixes to the verb stem. There are few auxiliary verbs. This contrasts with English which has progressive and perfect tense forms, and avoids the need for affixation or inflection by the extensive use of auxiliaries.

These differences result in problems in many areas. For example beginning learners often omit the auxiliary in questions or negatives: How you do that? / I no have it. The present simple is commonly used where the progressive form or perfect is needed: She has a bath now / How long are you in Germany? In comparison with Russian the modal verb system in English is very complex. Mistakes such as Must you to work on Friday? / I will not can come, etc. are common among beginners. The lack of a copula in Russian leads to errors such as She good teacher.

Russian has no articles. This causes significant problems because the whole concept of article use is alien to Russian learners of English. There are three genders in both Russian and English, but they do not often match. This results in problems such as: Have you seen my book? I put her on the table.

Miscellaneous: Russian is a largely phonetic language. This means that a word's pronunciation can be predicted from its spelling and its spelling from its pronunciation. This is certainly not the case in English, and usually causes Russian learners serious difficulty and frustration.

There are aspects of the Russian language which, if directly transferred into English conversation, may sound abrupt or impolite to English native speakers:

e.g. Would you like to play tennis tomorrow? - No, I wouldn't.

Tell me where is the railway station, please.

Can you play the piano? - Yes, of course.

Language is arguably the most important component of culture. It is impossible to understand the subtle nuances and deep meanings of another culture without knowing its language well.