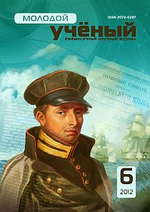 Drilling-with-casing system eliminates the need to trip pipe and bottomhole assemblies (BHAs), increasing drilling speed and reducing risk exposure by always having casing on or near the bottom. This system simplifies well architecture by potentially reducing the surface casing size as well as contingency casing strings or liners. A casing string or liner can be eliminated by successfully drilling into or through a pressure transition or lost zone.

Instead of fighting these archaic problems with archaic treatments, this technology improves drilling efficiency and ultimately reduces costs by analyzing drilling problems and engineering fit-for-purpose solutions for clients to effectively solve these problems.

Casing drilling has been employed in many countries as an effective method of reducing the overall drilling costs by reducing drilling time and drill-string problems encountered during conventional drilling process. In addition to the productive drilling time lost to tripping, unscheduled events during tripping can make the drilling process even more inefficient and even lead to loosing the well. While the potential savings from reducing drill-string tripping and handling times are important, the savings from reducing hole problems may be more significant. There are many situations where problems such as lost circulation, well control incidents, and borehole stability problems are directly attributed to tripping the drill-string and other situations where these problems prevent the drill-string from being tripped. Since the CDS process provides a continuous ability to circulate the well, it is inherently safer than leaving the well static without a means of circulating it while a conventional drill-string is tripped. Reduced pipe tripping with the CDS should also reduce surge and swab pressure fluctuations. There are two basic methods of drilling with casing:

A top drive system is used to rotate the casing, which remains in the hole at all times and is eventually cemented in place when the appropriate depth is reached. Special equipment is needed to handle the wireline-retrievable BHA; a split crown and split traveling blocks facilitate wireline access to the top of the casing through a wireline blowout preventer. A wireline unit sufficient to run and pull the BHA is also needed.

Weatherford International Ltd.'s Drilling with Casing (DwC™) utilizes a drillable bit that is made up onto the casing. When TD is reached, the casing can be cemented into place by pumping through the bit. If the hole must be deepened, the bit is designed to be drilled through to continue conventional drilling.

The advantages of avoiding the need for a drillstring include:

The casing drilling process eliminates the conventional drillstring by using the casing itself as the hydraulic conduit and means of transmitting mechanical energy to the bit. A short wireline retrievable bottom hole assembly (BHA) consisting of at least a bit and expandable underreamer (Fig. 1) are used to drill a hole of adequate size to allow the casing to pass freely.


The BHA is attached to a drill lock that fits into a full bore landing sub on the bottom of the casing in such a way that it can be retrieved with a wireline unit without needing to trip pipe out of the well. The wireline retrievable drill lock assembly is the heart of the casing drilling system. It lands in a lower section of casing consisting of a casing shoe, torque lock profile and axial no-go and lock profile located in a specially machined collar section (Fig. 2). The drill lock engages both a fluted profile to transmit rotational torque from the casing to the drilling assembly and an internal flush no-go and axial lock profile to transfer compressive and tensional loads to the BHA. A stabilizer on the BHA positioned opposite the casing shoe reduces lateral motion of the assembly inside the casing. The casing shoe is normally dressed with hard material to ensure that a full gauge hole is drilled ahead of the casing,

but it also provides a torque indication if the underreamer drills undergauge. Centralizers on the casing stabilize it within the borehole and prevent wear on the couplings. 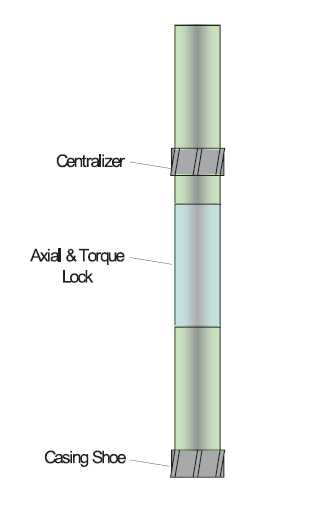 The BHA generally consists of a pilot bit and underreamer, but may include other tools needed to perform almost any operation that can be conducted with a conventional drill string. The pilot bit and underreamer pass through the drill-casing and drill a hole that provides adequate clearance for the drill-casing and subsequent cementing. Conventional directional tools (bent housing positive displacement motors, MWD tool, and isolation models) and LWD tools can be suspended below the drill casing shoe for directional drilling. A conventional core barrel can be run for coring. In many ways designing a well for Casing Drilling is similar to designing a conventional well. One significant difference is that the casing is subjected to additional stresses while Casing Drilling, so buckling, fatigue, and hydraulics deserve special attention.

In 2011, Ukhta Burenie, the branch of «Gazprom Burenie», tested a new drilling with casing technology on Bovanenkovskoye oil and gas-condensate field.
The principle of this method is drilling in Ø324 mm surface casing using Ø393.7 mm OD Defyer™ Drill Bit threaded on the first joint of casing. The bit blades are made ​​of titanium-aluminum alloy and equipped with the PDS cutters. Well drilling and casing operations are performed simultaneously without the need for drill pipes or any round-trip operations. The casing serves as a conduit for drilling mud circulation and as a means to transfer torque to the bit.
The new technology was tested with the use of Weatherford equipment. Now the new drilling method has already been applied on four wells of Bovanenkovskoye oil and gas-condensate field within the 0-450-meter interval when drilling in 324 mm surface casing string. The target depth for casing setting was achieved during the testing operations on well Nos. 6314, 6321. Drilling rate was maintained at design parameters.

Based on the preliminary calculations of «TyumenNIIgiprogaz» specialists, application of this technology can result in financial savings of about 4 million rubles per well, increase of drill pipe and equipment service life, as well as reduction of well construction time approximately by two days.

The Casing Driling system may eliminate costs related to purchasing, handling, inspecting, transporting, and tripping the drill-string, reduce hole problems that are associated with tripping, and save on rig equipment capital costs and operating costs. Casing Drilling system has been used in more than 500 well intervals to drill more than 460 000 meters with casing since it was introduced in 1999.

Based on the knowledge gained to date, the CDS in its current state of development is well suited for drilling softer formations with casing sizes of 7” or larger. In these situations, the penetration rate can easily match conventional rates, and the reduced tripping and drillstring handling can be used advantageously.

Prior to apply casing drilling in any particular well, the hole condition, such as unscheduled events and litological characteristics of the formations have to be examined in order to evaluate the design criteria of the casing and to improve drilling performance.