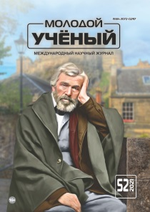 The Latin language belongs to the Latin-Faliscan subgroup of Italic languages (languages of tribes that have lived on the territory of the Appennine Peninsula since the beginning of the 1st millennium BC, except for the Etruscans, Ligurs, Celts and Greeks). The Indo-European language family, in turn, includes the Italic languages. Latin was originally the language of a small tribe of Latins who resided in the heart of the Appennine Peninsula.

Latin is gradually being reinstated as a secondary school academic subject. It is an element of the curriculum in schools and gymnasiums.

The following are some of the current areas where Classical Latin is used.

As a result, philologists, historians, lawyers, and anybody else with a basic education still need to know Latin. Ancient languages are still the bedrock of good education.

In the modern world, the Latin alphabet (or Latin alphabet) is the most widely used alphabetic writing system. It was derived from the Cuman script, a Western variant of the Greek alphabet that was taken and modified by the Etruscans, whose culture predated that of the Romans on the Apennine Peninsula and had a significant influence on the Romans. The Greek alphabet had an important role in the development of modern Latin. It's worth noting that the Etruscan alphabet was inspired in part by Western Greek. Direct borrowing from Greek into Latin, on the other hand, happened later, when the Romans, in their typical way, gained a complete knowledge of Greek culture. Appius Claudius Caecus established discrepancies in the notation of the letters «r«and «s«in order to become a censor in 312 BC, and deleted the letter «z», and the sound signified by this letter was replaced by [p]. The law of rotationism, one of the fundamental principles of phonetics in the Latin language, is inextricably linked with this occurrence.

Following the elimination of the letter «z», the traditional Latin alphabet consists of 20 letters. There were no letters in the Latin language to represent Greek names or names that featured sounds that were not characteristic of Roman phonetics, so Greek letters were also translated into the Latin alphabet. This is where the letters «x», «y», and «z«come from.

In the VII century BC, they presumably borrowed the Etruscan alphabet, which had 26 letters, leaving 21 letters:

The letter «z» was borrowed again in the first century BC, along with the letter «y». In addition, the letter «g» was recognized for the first time, Spurius Carvilius Ruga is said to have been the first to use it in 235 BC, but it was not included in the alphabet at the time. The letter c was used to represent the sounds [k] and [g]. In 234 BC, the letter g was formed by adding a transverse dash to the letter c . Following the Roman conquest of Greece in the first century BC, the Latin alphabet for writing words borrowed from the Greek language was supplemented with the Greek letters y and z . As a result, the classical Latin alphabet (period) had 23 letters:

The matter with the letters i — j and v — u was overcome much later. Both spellings had previously been used in writing to signify two pairs of sounds, but it was unclear which of the two spellings corresponded to which sound. The first couple separated apart in the 16th century AD, while the second pair split up in the 18th century. The letter w was added to the Latin alphabet in the Middle Ages to represent sounds from Germanic languages that did not exist in mediaeval Latin (the digraph vv was originally used). They developed a differentiation and began to interpret the letters i and u as vowels and a , j and v as consonants throughout the Renaissance era. The result is a 26-letter modern Latin alphabet.

However, the Latin language has survived in its purest form, albeit not as a spoken language of a specific group of people, but as the language of a strong and vast worldwide institution — the Catholic Church. It eventually became the global language of not just religion, but also science, law, and medicine.