Karakalpak customs and beliefs associated with the «Qara u’y» 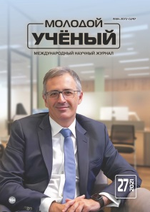 This article is about the «Qara u'y«(yurt) which exists since the ancient times, of the Karakalpak people who are one of the Turkic nations. It includes the traditions, beliefs and superstitions of our ancestors, which have been associated with the yurt for centuries.

In Karakalpakstan, until now the Qara uy (yurt) was not only a place of residence for those who started a new life, as in many other nations, but also it is a place for a lot of rituals, holidays, customs and traditions. In Karakalpakstan, the owners of large estates and rich people until the 1920s, when their children got married, they built a new yurt (otaw). To the youngsters a white yurt was given, and their parents, grandparents wished them happy life together and then the newly married couple started new life there. In many cases, the wooden parts of the yurt were brought to the house by the bridegroom (husband), and the bride in its turn brought types of fabrics which were necessary for the yurt, brought with her as a “qalin’ mal” (means a gift which is given for a newly married bride by their parents). If the situation of the bridegroom is bad (if he is from a poor family), then the parents of the bride took care of the main expenses and it meant they (parents of the bride) were responsible for the construction of the Qara uy. But the construction of a new yurt was considered to be an obligation on the part of the bridegroom's parents. They provided with wool, felt, carpets and bedding, as well as the “qalin’ mal” given to them by the bride's parents.

From ancient times the Karakalpak national yurt “Qara u’y” has been associated with many traditions and customs. Most of them are found in the preparation of the sections, which are made of wood, as well as in the construction of the yurt. In the lower reaches of the Amu Darya, there is a family of an ancient craftsmen who for nine generations were engaged in the manufacture of black house parts [1]. This skill is passed down from generation to generation through discipleship. The apprenticeship lasted for 3–4 years, and then, with the permission of the master, he began to work on his own. At the end of his studies, the teacher or the disciple sometimes gave food to his fellow countrymen and elders. Afterwards, the guests gave presents to the disciple and expressed their wishes and wisdom. The master had to give his disciple one of his tools. According to some sources, Ibrahim Khalil (Ali) was the “pir” (God) of the masters of black house-making.

It is necessary to get acquainted with the booklet “risola” (the charter in the Turkish language written in the Arabic language) before the master prepares the black house parts. In the treatise (the charter) there are given some rules such as the master should be truthful, doing his job with honesty, keeping the workshop clean, believing in Allaah and the Prophet (peace and blessings of Allaah be upon him) and the God of the masters, the saint Ibrahim Khalil (Ali), and to do some charity from his own benefit. The master (u’yshi) used to take ablution before the construction of the yurt (qara u’y), recite the Qur'an, and his wife baked a loaf of bread (which is called in Karakalpak language “shelpek”, “bawirsaq”) and distribute it to the neighbors. Then he started his work, asking permission from his master Ibrahim Khalil (Ali). The yurt is made of thin, bending, firm willow (janew'it). The Karakalpaks never used birch wood in the preparation of the black house. Because they believed that birch would cause unhappiness. The Kazakhs considered birch wood to be hard and strong, and used it to make the upper circle of the yurt (shan’araq) [2].

According to the Karakalpaks' traditional view, the yurt is considered to be both a master's house and a workshop and it is said to be a sacred place. From the ancient times, people came to the workshops in search of a cure for childless families and for the people who have mental illnesses. Men were allowed to enter the workshops, and women were forbidden to enter them, and they returned from outside the workshop.

According to the rule formed from the historical times, the nets are attached to the straps which were made from camels' or a big black cow’s raw skin (cattle) which are called blue (“ko’k” in Karakalpak language it means “raw”). If they are not available, then they are used the skin of another domestic animal (because domestic animals are considered to be halal and used only halal skins). According to the broken concept of the Karakalpaks, it is necessary to let the smoke go from the upper part of the yurt, which is spread from the roof, (shan’araq).

The place where the yurt would be constructed was marked by the elders or head of the clan, and said to be a clean place from ghost or specters, and then was reported to their neighbors the day before.

Such customs are also common among the neighboring Turkmen peoples. Especially in the Turkmen teke-yaomts, the construction of the qara u’y was associated with the attitude of the people, such as «to get the scarf» (oramaldi qolg’a kiritiw) and «jumping into the yurt» (qara u’yge sekirip kiriw). The yellow ones’ construction of the yurt was like that; they installed the threshold in the front of the black house without a dome-shaped dome and without a door. The dome of the black house is lined with beautifel woolen scarves and pieces of expensive fabrics. The boys took part in races where they would get the scarf and pieces of fabrics by jumping [3].

The construction of the qara u’y was a great ceremony, it was held as a holiday, the hosting people slaughtered an animal and served the meal to the people. Each guest brought money, pieces of expensive fabrics and gifts to the new owners of the yurt and wished them to live there happily. The guests also returned from the wedding with some gifts after the ceremony. If the yurt owners are often ill, if they do not have children for a long time, and if there is a high mortality rate, then it is considered to be a bad and unhappy place to live. Perhaps it is possible to see here the relic of the ancient Turks, which is associated with happiness (blessings) [4]. If the place has blessings, there will be abundance in the house and many children will be born. Where there is abundance, there is prosperity [5].

According to the beliefs of the Karakalpaks, the abundance does not have a definite appearance, size or location to emerge. It was found only in humans, in lakes and in domestic animals. Even when people sold their pets, the owner took a small piece of wool from it. They believed that blessings of the house would be gone along with the animals. The Karakalpaks, who did not have children with their spouses, attributed this to the fact that the house was built on a barren land or the growth of birch trees near the house. In such cases, they should be relocated and the birch tree should be cut down. Similar customs and rituals existed in the Yakuts [6] and the Altai. They believed that the child was related to the abundance. In the Altai, until recently, until the late 20s, when a couple did not have a child for a long time, they sewed another house and ruined the old house [7].

The places associated with such qara u’y (yurt) indicate that the Karakalpaks had ethnic and cultural ties with other Turkic nations. According to N. A. Baskakov, the etymology of the word qut (abundance, blessings) is «qut» and can be equated with the whole Altaic languages, such as Mongolian and Tungus-Manchurian [8].

Thus, in the yurts, in some elements of its construction, in the process of its decoration, in the customs and traditions of the Karakalpaks, we find some of the relics of the old (ancient) views, superstitions and beliefs. The study of these customs and traditions, as well as many ethnographic, ethno-historical and ethno-cultural works, gave concrete materials in the process of accumulating the results.