Role of realia in translation of literary discourse 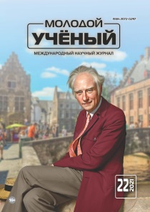 In this article, the role of realia in translation of literary discourse is considered on the example of Kazakh language and culture. Classification and examples of realia, ways of translating realia are also studied in this article.

It is known that the translation of realia is one of the most difficult areas in the translation of literary discourse. Not only because of its cultural and linguistic characteristics, but also because of its redundancy and colorfulness. The realia convey the color and uniqueness of any culture, reflect the diversity of the people and their way of life, and, as a result, we can often face some difficulties in the process of translating them into another language.

Realia can be called such words that represent objects or phenomena of a culture, national characteristics, traditions, customs, rituals, as well as historical facts or events. The realia also include anthroponyms, toponyms, names of works of art and literature. This paper examines the realia of the Kazakh people and their language.

The analysis of theoretical sources proves that there are a large number of works that consider this category of words on the basis of linguistic and private translation studies. The realia are considered within the framework of such scientific areas as linguistic and cultural studies, linguoculturology, and ethnopsycholinguistics.

In some cases, the realia are integrated into the target language, thereby becoming the realia of the host culture. Thus, the transfer of realia is a search in the translation language for those lexical units that are able to «convey the implicit meaning expressed by the means of the original language with the maximum completeness». As a result, questions about the nature, types, types and methods of translation of real words are in the constant focus of translation studies as a scientific direction. [1, p. 22].

One of the peculiarities of the realia is the ability of native speakers of a given culture and language associate with realia such background knowledge and associations that at a certain stage of interethnic and interlanguage contacts may not be present in native speakers of other cultures and languages. When translating realia, on one hand, there is a need to emphasize their special color and uniqueness, and on the other hand, to convey to some extent their meanings and typical associations for native speakers of the source language, and to avoid verbosity as much as possible. [2, p. 58].

All realia are very diverse in its nature, so it is customary to distinguish several main types of realia. In addition to the realia in literary discourse, one of the main types is also social-historical realia.

The vocabulary of social-historical realia reflects the social and historical aspects of society as vividly as possible. Highlighting and commenting on this group of vocabulary allows us to present the historical situation of medieval social-political life and compare it with modern reality. Social-historical linguistic realia are widely used in describing the nomadic way of life of the Kazakhs, which gives the text of the translation a pronounced national and historical flavor. [3, p. 42].

The best way to understand this type of realia is by looking at a few examples. First of all, the above-mentioned type of realia includes the names of administrative-territorial units, associations and localities. For example: aul — a settlement of nomads; yurts located in one place; tsonys — a location of an aul; camp; parking; camp (with pasture), zhailau — letovka; pasture (summer); kuzdik — a place where they move for the autumn months (with a nomadic lifestyle), etc. Also the names of the supreme rulers, their titles, degrees and addresses: padisha, khan, khanzada, hansha, sultan, etc. Names of persons by position: bai, bi, bek, etc.

There are several other types of realia. For example, S. Vlakhov and S. Florin [4] put forward their own classification of realia. Scientists have identified the following ways to classify realia:

– local division (depending on national and linguistic affiliation);

According to the subject division, the following categories are distinguished:

According to the local division, the realia are divided into:

According to the criterion of time division, there are modern and historical realia. [4, p. 342].

Before proceeding to the discussion of the role of realia in a literary discourse, it is necessary to refer to the literary discourse itself. A literary discourse is a certain linguistic system that consists of a set of elements, primarily lexical and phraseological units, which create an artistic and communicative-pragmatic effect of aesthetic impact on the reader. Culturally-marked words, the so-called realia, play a special role in representing the national-specific features of a literary text.

Realia as expressive means of language enhance the aesthetic value of a prose text, reflect the spirit, stylistic individuality, and national specifics of the original work. It follows that the realia is part of the original literary text, and its transmission is one of the conditions for the adequacy of the translation. [3, p. 20].

Literary critics and masters of literary translation note that the national color of a literary work is often expressed through national realia. And the more closely a work is related to folk life, and statistically — to folklore, the more clearly its national color is revealed. [5, p. 1308].

A necessary condition for the correct interpretation of the realia is the presence of extralinguistic knowledge in the recipients of the text or in the translator as an intermediary of communication. Today, one of the main principles of the translation of literary discourse is, along with the communicative approach, a country-specific approach. This once again shows that the implementation of the translation of realia is in principle unthinkable without the participation of extralinguistic factors. [2, p. 58].

Some linguists allow the possibility of using a combination of several translation methods within a single lexical unit, for example, transcribing with transliteration elements.

A. V. Fedorov also pointed out the disadvantages of using only one of the translation methods, which can be expressed in «overloading the translated text with foreign language verbal material», expanding the volume of the text, or losing national specificity. [6, p. 156–157].

Thus, it can be concluded that the methods of conveying realia in literary discourse are very diverse and not scarce. One question may also arise: what is the challenge for the translator when translating realia?

Every translator should understand that when transmitting the realia, it is also necessary to take into account the fact that it is impossible to recreate the «foreign» culture in the translation in full language means. In such cases, the task for the translator is to convey the atmosphere of the work, to help the reader understand the unfamiliar realia and add them to their vocabulary. In this case, the translator must focus on his future reader, who in the process of reading will be able to independently expand and replenish his stock of knowledge. The reader discovers a different culture for himself, and the task of the translator is to help him in this, preserving to a greater or lesser extent the national flavor of the text. [1, p. 171].

Summing up all of the mentioned above, we can come to the conclusion that the topic of realia is one of the most diverse, complex and at the same time interesting areas in translation studies. Each language and culture has a large number of unique language units, called realia, which differ from each other in their type. The difficulties of adapting realia to other languages, as well as the relevance of the study of this topic, will exist for a long time.