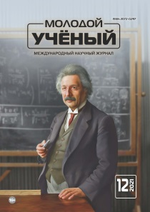 This article reveals the physical meaning of the concept of mechanical work and energy and the connection between them, studied in secondary schools.

In the secondary school, the basics of physics are studied, and the course should always be modern and at the same time elementary. Its modernity is the requirement of life. In fact, physics is steadily developing, its technical applications are expanding and changing, and students must be prepared for work in the field of science and technology, in production.

The system of knowledge in physics studied at school should ensure the formation of fundamental scientific concepts, the assimilation of basic laws, theories and understanding of physics methods, provide students with polytechnic training, and ensure the development of students' thinking.

Expanding the concepts of work and energy, it is necessary first of all to clearly distinguish between them, and then to show the close connection between them.

It is known that the term «work» in its modern sense first appeared in the works of the French scientist Poncelet (1825). According to Poncelet's definition, the work is equal to the product of the force acting on a material point in the direction of its movement by the amount of movement. However, it was only in connection with the law of conservation and transformation of energy that the deep content of the concept of work was revealed. On the basis of this law, the idea arose of work as one of the processes of energy conversion during its transfer from one body to another.

Energy transfer can be carried out not only in the form of work, but also in heat exchange processes. Heat transfer and work are two equivalent forms of energy transfer. The concept of mechanical work is always associated with the ordered movement of bodies under the action of forces, in which energy is transferred from one body to another. Consequently, work is an ordered form of energy transfer. This is the physical essence of the work process. From this it follows that the amount of work shows how much energy is transferred from one body to another or turns from one form to another in this process, the force that has undergone to move the point of its proposal expresses just the amount of energy that has undergone a change.

The concept of energy — one of the most complex in physics — was finally formed in science only in the middle of the 19th century, i.e. much later than the concept of work.

It is essential that energy is an unambiguous function of the state of the system, determined by such parameters as coordinates and momenta, temperature, pressure and volume, and electric field strength. Any transition of a material system from one state to another always corresponds to a strictly defined change in energy. Thus, if the system, having suffered a series, the change returns to its original state, then the total change in the energy of the system as a result of all processes is equal to zero.

If there is an isolated system, then its energy is constant, no matter what processes occur in it. This is the law of conservation of energy.

However, energy is not the only function of state that is conserved in mechanical processes. Therefore, it is not possible to use this essential feature to determine it.

Other conserved quantities — mass, momentum, and others — would also fit this definition.

Numerous facts have shown that there are equivalent relationships between mechanical, thermal, electrical and other influences on the system. This allows us to characterize the specific types of moving matter considered in physics with the help of a physical quantity — energy, which in an isolated system remains constant for any changes occurring in it. The latter indicates that energy is a measure of the motion of matter, i.e. that general characteristic of various physical forms of motion of matter, which remains unchanged during their mutual transformations. This is the specific difference between energy and other conserved quantities.

Students are introduced to the concept of work for the first time in the 6th grade. It is introduced independently of the concept of energy as a quantity that depends on the acting force F from the distance traveled s, on which this force acts:

In order for the introduction of the concept of work, defined by the product Fs, to be motivated, it can be associated with the study of simple mechanisms for which, for any transformations of forces and displacements, the value of Fs is invariant. In the 7th grade, the concept of work expands and deepens. Various cases of work are considered: a) when the acting coincides in direction with the displacement, b) when the force is directed opposite to the displacement, c) when the force makes an arbitrary angle with the displacement. It is essential that in the seventh grade the connection between work and the process of changing the mechanical state of bodies is revealed.

In order to further connect the concept of work with the process of energy conversion, one should already in the first lessons use the concept of the mechanical state of bodies and identify the connection between the performance of work and the change in the coordinates of the velocities of the bodies participating in the process of work.

When they are distracted from the friction and resistance of the medium, the performance of work in mechanical processes is always associated with a change in the coordinates of bodies, velocities or coordinates and velocities, etc. Cases when it is not the mechanical state of the bodies that changes, but the internal state, are highlighted.

Initial knowledge of mechanical energy is studied in the sixth grade. At the same time, the following definition is given: «The body has energy if it can do work».

A further way to deepen this concept in the seventh grade is as follows. Shows by a number of examples that bodies possess mechanical energy only when their state can change — the spring can straighten, a body raised to a certain height above the Earth can lower. Consequently, energy is interpreted as a quantity that depends on bodies and characterizes the ability of bodies to do work.

It is shown that if the forces depend only on the mutual arrangement of bodies, then their work leads to a change in the value of kinetic energy or potential energy by an amount equal to the perfect work. This finding is a quantitative definition of energy.

So, work is defined independently of energy as a scalar product characterizing the process of changing the mechanical state of bodies. Then the concept of energy is introduced as a quantity, the change of which in mechanical processes equals perfect work and depends on the state of bodies.

Analysis of examples of work against the forces of friction and resistance of the medium leads further to the concept of internal energy and to the concept of heat transfer as a microphysical process of energy change.