Lee Kuan Yew and his place in Singapore history 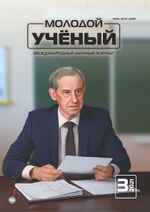 This article provides a scientific and historical account of Lee Kuan Yew's contribution to the transformation of Singapore from an ordinary small town (island) to an independent, developed nation. Lee Kuan Yew's life was also revealed historically.

Lee Kuan Yew was born on September 16, 1923 in Singapore. In 1931, he studied at the Telok Kurau English School. Four years later, he moved to the Raffles Institute, where he excelled in his studies and was always at the top of his class. Lee also showed his potential at that young age, and one of the teachers at the Raffles Institute predicted that he would reach a “high position in life”. In 1939, Lee won the Cambridge Grand Prix and became the best student for the whole of Malaya. The outbreak of World War II canceled his plans to study in Europe in England. He returned to Singapore and studied economics, English literature and mathematics at Raffles College, where he met his future wife, Kwa Geok Choo, and some future colleagues.

Lee was 19 years old when the Japanese invaded Singapore in February 1942. The Japanese invasion had a huge impact on the League. He stopped studying at Raffles College and he studied Japanese and became a translator for the official Domei agency. Most importantly, it was during this period that Lee's nationalist pride grew. He was saddened to realize that neither the Japanese nor the British, as foreigners, had the right to govern their own people. He therefore decided to liberate Singapore from independent and foreign domination. Lee described the impact of the Japanese invasion on him as follows:

I didn’t get into politics. The Japanese brought me politics. … The occupying forces of Japan were blind and ruthless, and like me, like the whole generation, they worked for freedom in Singapore and Malaya — for freedom from slavery and foreign domination. We have come to the conclusion that from now on our lives should decide us, we should not be a hostage and a game of alien forces. (Quoted in Alex Josey, Lee Kuan Yew, Singapore: 1968).

Immediately after the war, Lee traveled to England, first to study at the London School of Economics and then to Cambridge University, where he studied law.

Lee returned to Singapore on August 1, 1950, and married on September 30, 1950. He joined the law firm Laikok and Ong, and a few years later founded his own company, Li, in partnership with his wife and brother., he was also a lawyer who studied in Britain. However, he was more interested in politics and the anti-colonial movement in Singapore. He became an honorary legal advisor to several union leaders after meeting them. He first came to public attention in February 1952, when the postal workers' union, under his leadership, managed to obtain significant privileges from the colonial government. In the same year, the first of her three children, Lee Hsien Loong, was born.

In April 1955, the People's Movement Party nominated four candidates for a partially elected government, and three of its candidates, including Lee, were elected. On June 3, 1959, Singapore gained self-government, and two days later Lee and his colleagues formed the first government, Lee became the first prime minister.

Lee retained the post of prime minister even after Singapore joined Malaysia in September 1963 and gained independence in August 1965. The Lee-led People’s Movement Party government was in power for a quarter of a century and was re-elected in September 1965. He also won general elections in April 1963, April 1968, September 1972, December 1976, December 1980, and December 1984.

The political stability and rapid economic growth in Singapore in 1959–1990 and its consequent prosperity was not accidental, but the result of Lee’s dynamic leadership and effective policies. When Lee and his colleagues took office in 1959, they faced serious problems such as high unemployment, severe housing shortages, and widespread corruption. Accordingly, they have developed an industrialization program, a state program to build affordable housing, and a comprehensive anti-corruption strategy to address these problems. The Lee government was able to solve these problems as the GDP per capita increased 15-fold from $ 443 in 1960 to $ 6,634 in the mid-1980s. During the same period, unemployment was no longer a problem in full employment, and the share of the population living in public housing increased ninefold from 9 per cent to 81 per cent. Moreover, corruption did not become a way of life in Singapore in the 1980s, as Lee personally undertook to eradicate it through his Anti-Corruption Act, an effective executive agency (Corruption Practice). Bureau of Investigation) reported to the League. direct and periodic revisions to improve the wages and working conditions of civil servants, etc. Indeed, in the 1980s, the quality of life in Singapore had improved significantly, as Singaporeans were not only well-educated and well-educated, but also had a high standard of living, access to health care and housing.

In 1984, Lee announced his retirement from public service in 1988 at the age of 65, following the practice of major U. S. corporations, although he served as prime minister until 1990.

In 1990, Lee handed over the reins of government to Min Gox Chok Tong, who became the second prime minister in Singapore’s history.

In a speech to the Singapore Press Club and the Foreign Correspondents Association on June 7, 1996, and the Straits Times reported, Lee expressed confidence that he had left his country in capable hands. «Singapore needs to have the conditions to be successful: tough, determined, talented and honest leaders».

Instead, Lee Kuan Yew (born 1923) became Singapore's prime minister in June 1959. During his administration, Singapore became part of Malaysia in September 1963 and gained independence after seceding from Malaysia in August 1965. Under Lee’s leadership, Singapore was transformed into a modern and rich city.

The impact of digitalization on human society | Статья в журнале...

The reason is that this process requires a robust economy with outstanding conditions. In 2021, Kazakhstan ranked 56th in terms of Gross Domestic Product (GDP)...

Analysis of asset allocation during the business cycle in Turkey

The impact of digitalization on human society | Статья в журнале...

The reason is that this process requires a robust economy with outstanding conditions. In 2021, Kazakhstan ranked 56th in terms of Gross Domestic Product (GDP)...

Analysis of asset allocation during the business cycle in Turkey