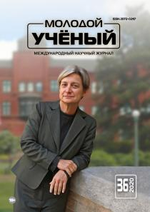 In the modern world, the topic of autism is very relevant, since the number of children with this diagnosis increases every year. Autism is a developmental disorder, neurological in nature, that affects thinking, perception, attention, social skills and human behavior. The main goal of working with autistic children is to improve their quality of life. This means that efforts should be aimed at making the child more autonomous, independent and adapted to the environment. In some countries, the issue of integration and socialization of children with autism in society is being addressed at the state level. This is beneficial for the state because a reduction in the number of lifelong disabled people leads to a reduction in the burden of taxpayers. And people with autism get the opportunity to live like everyone else, benefiting society. Early intervention along with early diagnosis are considered the key to success in adapting such children to a normal environment. It is the issue of socialization and adaptation of children with autism at the age of 5 years in ordinary kindergartens that will be considered in this work. The aim of this work was to investigate whether the early integration of the child with high functionality autism in a normal learning environment is effective and, if this is like that, how much it is effective.

Autism spectrum disorder (ASD) is a set of neural development disorders characterized by a lack of social behavior and non-verbal interactions (Fom bonne E, 2009), such as decreased eye contact, problems with recognition of facial expressions and gestures, behavioral problems, and stereotyped repetitive behavior (Park, 2016). Autism can range from mild to severe motor, interpersonal, cognitive, and behavioral manifestations (Geschwind, 2015). These main symptoms are often accompanied by impaired mental development, epilepsy, attention deficit hyperactivity disorder, sleep disorders, anxiety, and other disorders. Besides, the word “spectrum” said that ASD phenotype ranges from mild behavioral and personality traits to serious and debilitating disorders. (Ardhanareeswaran,2015). It probably has a neurological etiology and it is associated with several gene mutations and environmental disturbances. (Depino, 2013; Ebrahimi-Fakhari, 2015).

Fred Volkmar considers: «Autism is a social disaster».(Ardhanareeswaran & Volkmar, 2015).This definition sounds threatening, especially given the increasing incidence of ASD diagnosed in the world. According to the latest data, in the USA, every 68th child suffers from ASD. This is 30 % more than in 2012. In 2009, California published data indicating that between 1990 and 2007, the reported incidence of autism increased seven to eight times. There are different data on the prevalence of this disease. Some studies say the prevalence of this disease is 0.62 % (Elsabbagh et al., 2012). Other studies based on large-scale surveys show that the prevalence of ASD is around 1 % ~ 2 %. (Mattila, 2011), (Kim, 2011).

Below are the statistics of some countries for 2017 and 2018. These diagrams clearly show how quickly the number of children with autism increases annually. At the same time, scientists note that an increase in children with autism is a global trend, and at the moment it is not clear whether this is a consequence of better diagnosis and early detection, or indeed their number rapidly increasing.

The biggest problem is that there are no effective medicines or behavioral treatments for this disorder, and this condition is associated with enormous personal and social stresses for life. (Knapp et al., 2009). Medicines therapy can be used to solve concomitant problems, such as hyperactivity, anxiety, tics, aggression, sudden changes in mood, etc.

There are varying opinions on High Functional Autism and Asperger Syndrome. Here is some of them. High Functioning Autism (HFA) this is not a term used in DSM, but it is usually used to identify patients diagnosed with Autistic Disorder (AD) or PDD-NOS (PDD-NOS), with average or higher than average intellectual ability (IQ, IQ higher than 70).(Bennett et al., 2007)

Since this paper speaks of children with highly functional autism(HFA), then, of course, we will talk about children with Asperger's syndrome(AS) too, because AS and HFA are both characterized by a normal cognitive functioning, there has been considerable debate over whether AS and HFA are distinct conditions, suggesting different etiological and neurobiological mechanism, or share a similar underlying neuropsychological functioning and should therefore be regarded as variants of a single disorder.

– adherence to a repeating routine or rituals;

– features of speech and language, such as an overly formal manner of speech or monotonous speech, or a literal perception of speech turns;

– socially and emotionally inappropriate behavior and inability to successfully interact with peers;

– inability to understand the actions, words or behavior of others. (McAlonan GM,2009)

People with AS and with HFA cannot understand the humor or hidden meaning of certain things; (Smucker, 2011) they have difficulty in looking at the situation through the eyes of another person. Because of this inability, it is difficult for them to predict or understand the actions of other people. In addition, people with AS and HFA, although not always, find it difficult to understand other people's emotions and regulate their own. Problems in audio speech perception has been reported (Saalasti et al., 2011)

One of the main objectives of specialists and parents is the development of independence in children suffering from this syndrome. This is an overwhelmingly difficult, but real goal to achieve: among children with autism there are engineers, programmers, musicians, artists — people who not only took place in life, but also succeeded very much in it.

Unfortunately, we cannot rely on the fact that the child will begin to understand certain social situations or problems, but we can make efforts to teach the child stereotyped normative behavior in certain situations, which is considered the norm in society.

For each child with autism in ordinary kindergartens, accompanying persons (adults) were provided for the main part of the time in order to explain to the child certain social problems and their solutions. Of course, these attendants were familiar with the problems of children, participated in meetings of the kindergarten team and took special courses to understand what the peculiarity of this disease consists of. Throughout the day, the main task of these people was not constant support, but rather training the child to ask for help if necessary, explain new topics, talk about how another child can feel and teach a child with autism to behave correctly in society.

The study took place in 2 stages.

The first stage took place before the start of the school year, and the second 4 months after the start of training for children in ordinary kindergartens.

Both stages consisted of similar tasks. Both times, all 32 children were gathered in one class to complete a number of tasks, both individual and group.

The difference is that in the second case (after 4 months) 2 groups of 16 children from ordinary and special gardens were considered, and not as a single control group. It is important to cancel that all children were not familiar with each other at the beginning of the study. Individual lessons included a game for the development of fine motor skills, collecting puzzles and a sheet with a maze. Group lessons included a game of 4 people in line with the queuing and relay race (4 teams of 8 children). It should be noted that in the second stage of testing the level of difficulty of the tasks has increased.

In processing the results, attention was drawn not only to the fulfillment of tasks, but also to the reactions of children, the level of anxiety, distraction, the ability to concentrate, stereotypical movements, the ability to seek help, tears, and much more.

The results of the study show that in both groups the ability of children to independently cope with certain tasks, of course, has increased. But it is worth noting that children integrated into ordinary kindergartens were able to behave more calmly, seek help from unfamiliar adult as appropriate, the number of stereotypical movements in the group of ordinary kindergartens was much smaller, and they cried, being in an unusual environment, also much less. The table above shows the results of the study.

The first part of the meeting was individual tasks, such as puzzles, a game to develop motor skills and a maze.

The second part of the meeting was group assignments. It was important here to test the ability of children to work in groups, communicate and agree among themselves.

In the third (final) part of the meeting, it was important to understand the level of stress of the children, their emotional state, their ability or inability to complete tasks in a state of stress.

There is a perception that the integration of children with autism in a normal environment becomes not only a problem for the environment, but also a stress for the child who is integrated there. This study destroys this opinion and proves that integration can be very useful for the further socialization of children in a normal society. Of course, it is impossible to expect that the integration of all children with autism will go according to the planned scenario, but we must do everything in our power to give such children a chance to socialize in society.

I think that one of the problems of this study was that significant results can be interpreted in the second stage of the study, referring to the fact that in the first stage the children were not familiar with each other, and in the second all the children were visually familiar and this could affect the improvement results. Therefore, for the future, it is necessary to increase the number of subjects and “mix” children in order to avoid this factor.

In addition, it would be desirable to carry out the 3rd stage of the study at the end of the school year, complicating the tasks in accordance with the standards of development of children. Then this study would be more complete.

Summing up the above, I would like to note that social skills, of course, depend on the ability of a child to learn social norms and rules of social behavior, but also directly depend on what example is given to a particular child. The more an autistic, highly functional child will be in a “normative” society with the correct explanation of what is happening around him, the sooner and more qualitatively will his adaptation and socialization in a normal environment. In addition, the children of ordinary kindergartens, who will see that there are special children with some difficulties, will learn to be more compassionate and tolerant with others. This means that we can not only help children with autism, but also influence the proper formation of the younger generation.