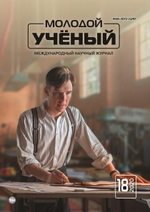 This article discusses the role of world literature in the development of Uzbek children's literature and analyzes the works of children's writer Safar Barnoev.

In children's literature, as well as in adult literature, a lot of images of favorite characters are created. They attract readers with their inner world, desires and aspirations, morality and goals, they deserve their love. Since these heroes are honest, courageous, unshakable, they risk their lives for the good of the people’s business and a bright future. It is difficult to find young people who do not love Tom Sawyer, Timur, Mischievous and Ho Chi Minh. Such life-giving, heroic images serve as an example of imitation, a torch for the younger generation. They became a companion of children, play an important role in the education of many generations, attract today's youth with their patriotism and humanism.

The task of creating images of heroes with such high spiritual and moral strength in the literature for children and adolescents is performed by the skilled writer Safar Barnoev. Reading so many samples of world and Russian literature, creative search helped the writer in this and inspired him. Especially, in the author’s works one can see a strong invasion of the novel by the Russian writer A. Gaydar “Timur and his team” [5,10]. This influence is clearly seen in poems (“Pioneer Garden”, “The Song of the Young Water Carrier”, “Street of Excellence”), ballads (“Guard detachment”), poems (“We are peasant children”), short stories (“Reward”, “Return Day” soldier ”), novels (“ A Beautiful Day ”,“ New Days ”), journalistic works (“ Unsung songs ”,“ Guards of Yashilboy ”) S. Barnoeva.

In the ballad “Guard unit”, children organize a unit to protect their village and its nature!

We are brave guards

The theme of patriotism goes through all the poems of the poet, and then is reflected in the lyric-epic works, stories and novels.

Any lines of S. Barnoev’s poems remind of those days of the war. Take a look:

If suddenly we remember

And the smell of gunpowder in my throat

This degree of hatred can be equated with the monologue of the hero of Lomokhin in the story of M. Sholokhov. “They fought for their country: there is so much anger in me, spit in my face and the aguny will boil”

Or the image in the poems «Triangular Letter» and «Children of War» can be compared to the «Maobit Notebook» by Musa Jalil. Only the name «Triangular letter» causes trembling.

The love of children for each other and those around him in the story “The Day of the Return of the Soldier”, hard work and life with faith in the return of Father Karimjon in the story “Share” are characteristic human feelings inherent in the heroes of S. Barnoev. Therefore, the main characters created by the writer in these stories became beloved by young readers.

The events taking place in the story “Karimjon-Carlson’ ”are a figment of the imagination, a little supernatural, described in the satire genre. Events are set out in a fairy tale style through the dream of a hero! Flies speaks, etc. The story has a strong allegory: lagging students are criticized in it. This story was written under the influence of foreign children's literature, more precisely, the novel by the Swedish writer Astrid Lindgrid «Carlson, flying on the roof». [1]. It has been translated into many languages ​​of the world. In the story, Karimjon is described as an intelligent, high-hoped boy who dreams of being like Carlson.

In general, the work became the best story with the originality of the theme, the original expression of not only S. Barnoev’s work, but also Uzbek children's prose.

In the story “Beautiful Day” (later published under the title “New Moon”), this idea is even more traceable. The main line of the work is the motive for accusing the war and its consequences. War is strongly accused of the story, and it is described by the eyes of children. The hero of the story is a boy who is looking forward to his father who has gone to the front. He is proud of his strong father and misses him very much. Grandfather takes Karimjon with him to the village. The events of the story are mainly unfolding in the village. The hero who made friends with the village children also always tries to do good. These heroes were brought up by the war itself, urged them to be smart, to leave the children’s game to work, to help adults.

In a conversation with the critic S. Matjonam S. Barnev noted that in the writing of the story he was inspired by the work of A. Gaidar “Timur and his team” [7,12]. Indeed, this work laid the foundation for the famous Timurov movement throughout the country. “The name of Gaidar is associated not only with new topics, new ideas, new forms in children's literature. A special, inspired romantic attitude to the phenomena of everyday reality, which the heroes of Gaidar’s books are actively included in, has been merged with his name to this day, because Gaidar knew the main thing: children need a real living connection with their life, a clear understanding of what is happening in world, faithful compass for movement, the right criteria for evaluations. Gaidar carried to his readers a deep knowledge of life and a large, vivid feeling, among which the main was a feeling of love for the Motherland” [6,185]

The writer was inspired by the ideas of Gaidar not only in short stories, but also in many genres. The heroes of the story, like the Timurovites, want to do good and work hard to achieve this.

Critic S. Matjon writes: “Timur, Aset, and Sogindik actively participate in the events of the work. In addition, they are depicted as the main and component force of the events of the work. In the novel “The New Moon” such features of the heroes are not depicted separately” [7, 12]. It is difficult to agree with this thought. Because the heroes of the story become gratuitous assistants to the villagers. Heroes of the region Karim makes many friends in the village. Especially, helps Davlat and Ergash. They help late to his grandfather with Davlat: they weed the bulbs, collect tomatoes and cucumbers. After moving to the huts, they mow the grass for the goat and guard the field. In addition, most importantly, they benefit people: for the first time they help Ergash to remove wheat. After that, the three heroes agree to bring people only good, and for this they take an oath together. “Then,” says Davlat, “we will bring good to everyone.” We will work so that everyone calls us good guys. The remaining children will also join us. Let the liars, deceivers, lazy people, better, do not join us. "" [4, 237].

True, this idea was not submitted by the main character Karim, but by his friend Davlat. They mow grass, plaster the roofs of people, look after lonely elderly people. In this way they receive the blessing of the elderly. Young Timurovites in the village are called little mowers. Everyone admires their friendships. In general, children become little helpers of adults and receive their blessing. This is confirmed by the following lines from the work: “Today we were also busy with ourselves, due to the fact that women were weeding in the field, we must collect apricots in a large garden. Even young children came to help too. ” [4, 240]. These lines confirm the critic’s groundless reflections. But the conflict is weak. Therefore, in our opinion, Karim did not reach such a high level as a full of energy and courageous Timur. Since the world achieves not only desire and vote!

“A children's book,” wrote I. Motyashov, a researcher of children's literature, “is a kind of mirror, a young reader watches the world for the first time through this mirror... Children must see life as it is — beautiful and ugly, joyful and sad, bright and vile” [8]. Based on these judgments, the young reader of this story not only gets acquainted with the lifestyle of our ancestors during the war, but also admires the industriousness, friendship, desire of children to do good and follows them. Based on this, we can say that the nomination of the writer in the story of important ideas is clearly visible.

The hero of the story “New Days” Abdurahmon resembles the restless heroes of Gaidar by his active intervention in the events of life. The story talks about the lives of today's children. The reader becomes a witness that the images created in it by the current generation hate war, are interested in world events, in the center of his attention is the fate of not only their homeland, but also the universe.

Hence the conclusion that Russian children's literature, especially A. Gaydar, played an important role in the development of S. Barnoev’s creative skills.