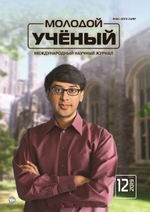 From the point of view of translation, one of the most important features of humor is his emotional coloring and, as a rule, fullness with national elements, so sometimes one has to talk about Russian humor, English humor, etc. Due to such features, serious problems arise in the process of translating the humor from one language to another, because in the original language in humorous works, there are often such separate parts that do not have an equivalent in the target language. Then, in this case, the translator needs to be selected from existing lexemes, word combinations, suitable both in meaning and in the stylistic coloring that they carry in themselves. Moreover, even an ideal knowledge of a foreign language does not always help a person understandably, interestingly and, above all, amusing to convey their thoughts and ideas. That is why a detailed study of the necessary features of the transfer of English-language humor into Russian is an actual topic of the modern world.

There are a lot of works devoted to the translation of the equivalent vocabulary. Among them — articles about the translation of realities, terms, neologisms / archaisms, common speech, slang and many others. Separately, among these hard-to-translate units, humor is singled out. Without any doubt, when translating jokes, puns, ironies and other humorous units, there are some difficulties. Sometimes puns are simply unrealistic in their native language. You can also talk about English anecdotes, because most of them are created with the help of word games. To understand English humor you need to master the language at an impeccable level. It is because of a lack of understanding of English humor or the inability to convey it to translators that there is an erroneous opinion about the «plane» of English humor.

Take for example an anecdote:

— Why was Cinderella such an awful basketball player?

— Because she had a pumpkin for a coach.

— Why Cinderella does not know how to play basketball?

«Because she had a pumpkin instead of a coach».

The meaning of the anecdote is that the English word «coach» has such meanings as «trainer» and «coach». But, even if in the second replica «coach» translated as a coach — nothing funny will not be either. This is an example, when to convey humor, while retaining all the original values of the original text, is almost impossible. If an interpreter has a time reserve, and he can compose or remember something like that in his native language, then such a translation can be considered successful. However, with simultaneous interpretation, the difficulty in translation increases.

In Russian, there are many such examples. If you verbally translate the dialogue to a foreign citizen, he, obviously, will also find our humor flat and incomprehensible: — Waiter, is this a chicken? — No, it's drunk! Of course, a foreign citizen needs to know not only the meaning of these words, but also understand the rhyme of such remarks.

In addition, it is because of ignorance of the cultural specifics or the mentality of a country that an anecdote can simply not be understood. However, in this section we consider the translation of the word game, since this method of creating anecdotes is the most common. There are several kinds of puns. One can single out the translation of puns on lexical and phraseological levels. Thus, lexical puns include the following:

«Mine is a long and sad tail» in the translation of B. Zakhodar sounds like «This terrible story with a tail of 1000 years» (English «tail» has such meanings as «story» and «tail»). In both cases, there is an ambiguous understanding of the phrase — there is doubt, either it is about history, or about the tail (in the Russian version — about the story of the tail). Therefore, when translating, it is important to consider the context.

— You see, this hat costs only twenty dollars. Good buy!

In this example, the phrases «good buy» and «good-bye» sound the same, but they have different meanings. In oral speech, it will be difficult to determine the correct meaning, proceeding from this, we again rely on the context.

— Who likes moving pictures? — (most of the men step forward) — All right, you fellows carry the pictures from the basement to the attic.

Hearing this replica, the phrase «moving pictures» can be understood as a «movie», and how to «transfer pictures».

And in our language there is an anecdote like this:

— Who will go to dig potatoes? — stepped forward only a few people,

«Great, the others will walk».

«Reeling and writhing, ambition and distraction» — «Honoring, Respect, Pressure and Distortion» (in English, we mean reeding and writing, divisionand subtraction).

Or another example from an anecdote:

— It's raining cats and dogs!

Here the words «poodle» (poodle) and «puddle» («puddle») close to him by pronunciation are played. The main thing in the translation process is not to mix up the values.

Of course, there are examples where a literal translation of humor with the play of words is possible, which greatly facilitates the work of an interpreter:

It is in the unexpected combination of two incompatible meanings in one phonetic form that the essence of the pun is. In his book «Introduction to Translation Studies», V. V. Vinogradov considers a pun as a two-term formation, where each component can be a word or a phrase. The first component is a kind of lexical basis of the pun, a supporting element or in other words a «stimulant». The second member of the design is a word or phrase — a «flip-flop», which is also called the result and represents the very vertex of the pun. Comic effect appears only after the realization in the speech of the second component and its correlation with the word-standard. Consider an example of lexical pun, based on the polysemy of words: As a sample, take a small dialogue:

If to translate without taking into account a context we will receive:

Let's notice, such translation is not comic, but rather the reverse — dramatic. But, taking into account that the expression «to be on fire» besides the meaning of «being on fire, burning» is also used in cases where someone does some things very well and incessantly, valiantly, then such translation is more appropriate and successful: You're in shock, Penny! — Yes, like Sheldon. — With the translation of humor on a phraseological level with the translation of humor, in most cases, things happen much easier, because, more often than not, there are phraseological equivalents in the original and translation languages, albeit with some distortion of the literal meaning, but with a protection of imagery.

For example, the expression «as a bull in a Chinashop» is literally translated as «bull in a Chinese store» and means an absurd, awkward person. In Russian, the same meaning is conveyed with the help of phraseology «like an elephant in a china shop».

Of course, you can see some deviations in meaning, but imagery should be preserved. If the equivalent does not exist in the language, then the translator must perform a literal translation or select other phrases that are more or less appropriate in meaning, for example:

Hey, if she's willing tο give the milk away for free, whо am I to say но? The expression «tо give the milk away fоr free» comes from the idiom «Why buy it when you can get the milk fоr free?", which is usually applied to men who do not want to get married, because they can already get the same thing without marrying. It is this duality that creates a comic effect, so when translating such phrases it is necessary to choose the variant that preserves the humorous element, and not the neutral variant, which in this case is also considered possible, but does not preserve the comic effect of the lexeme or phraseology.

Thus, depersonalization, determined on the one hand by the insularity of English culture, on the other hand by the imperial worldview, also affects the attitude of the English towards life with humor. These features are the most striking and specific features of the mentality of the English.