Protection of historical and cultural heritage in Kazakhstani criminal legislation 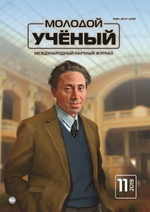 A global problem that has not yet been solved effectively — the robbery of archaeological artifacts. This has become a serious trouble not only of our country, but also of world science. Historical monuments, mounds and barrows, ancient mining sites and smithies, ancient cities and any artifacts found in them are one of the main sources that allow recreating the way of life of ancient cultures for the archeology of Kazakhstan. It is the wealth of the nation, which is an invaluable value for our culture and at the moment, the consequences of the robbery are very serious.

Cultural heritage is divided into material and non-material. Folklore, mythology, traditions, national music, oratory, crafts, national games, etc. are considered as non-material heritage. Theft, destruction of non-material cultural heritage or the use of any offence against it is not possible, because it is fixed in the common global consciousness of the nation. It cannot be harmed so how it is not a material phenomenon. This phenomenon can be stored in the memory and consciousness, records, information of human communities even when the nation is abolished. In this regard, it is difficult to identify offenses against non-material cultural heritage and there are no laws providing for them and applicable sanctions regulations in Kazakhstan yet.

The material cultural heritage includes monuments and artifacts. Monuments are a means of connecting generations through the preservation and multiplication of traditional and cultural values. The cultural heritage of Kazakhstan has accumulated different cultural values of all peoples inhabiting this place. It includes about 25,000 real estate monuments of history, archeology, architecture and monumental art, 2 million 56,000 objects of cultural values [1, p. 4]. Historical monuments, as part of the national heritage, play an important social role in the development of science, education and culture, the formation of the patriotic spirit, moral and aesthetic education [2, p. 14].

Material cultural heritage is very vulnerable to offenses. Under the National Security Act of the Republic of Kazakhstan, the loss of cultural and spiritual heritage of the people is the main threat to national security. Archaeological monuments of Kazakhstan passed several large stages of mass destruction of human impacts:

The first is the tsarist Russia's colonization period in Kazakhstan. The Cossack troops and mass migrants in the Kazakh steppe was looking for gold specially robbed the mounds of the mining method. In addition, the expeditions, travelers who arrived on the Kazakh land in the middle of the XVIII century and at the end of the XIX century, without a request exported the country's heritage to another country.

The second is the time of Virgin lands campaign in the Soviet period. In order to fulfill the plan plowed virgin land, in just three years in the country destroyed thousands of monuments with a cultural landscape. But during this period, archaeological exploration work was carried out in Kazakhstan, as a result of which in 1960 an archaeological map of Kazakhstan was created for the first time.

Nowadays, since Kazakhstan gained independence in the quarterfinals, the processes of technological and social modernization and intensive development of land for industrial and economic purposes have been accelerated. This, in turn, led to the destruction of historical and cultural monuments of various values and the destruction of the cultural landscape on which they are located. During the years of sovereignty and independence, archaeological sites are undergoing the third major stage of mass destruction and robbery. According to the Law of the Republic of Kazakhstan, objects of archaeological heritage buried on the ground or under water must be owned and protected by the state. In the Law of the Republic of Kazakhstan «On state property» the state property includes artistic, historical and archaeological monuments and in the Law of the Republic of Kazakhstan «On protection and use of objects of historical and cultural heritage» the objects of history and culture includes archaeological sites.

Besides the monuments of the governmental accounting annually during the archaeological explorations discovered new monuments. Each individual and legal person who conducted the excavations must transfer the found exhibits to the state museum funds after the research. It is illegal to detain them for a long time or to use them for personal gain. All kinds of work on archeological monuments are carried out on the basis of special license. Offenses against the historical and cultural heritage of Kazakhstan can largely be found among the robbers engaged in a special search for artifacts, from among specialists or officials with access to work with exhibits and ordinary citizens caught in a random situation with values. However, among them there are very few brought to responsibility in Kazakhstan. Since there is no state service for archaeological security, and there is no clear legalization of guidelines for its protection.

However, the sanctions applicable to offences against the material historical and cultural heritage of Kazakhstan are provided for by the legislation of the country. Types of legal systems in the world according to the classification proposed by the French scientist Rene David, are divided into Romano-German, Anglo-Saxon, religious, socialist, traditional and some other legal systems [3].

In this case, the legislative body shall pre-impose sanctions against all possible offences. If a person has committed an offence in a state, the state shall apply to that person a rule which may provide for the limits of the offence among the sanctions rules. The sanctions rules applicable to offences against the material historical and cultural heritage of Kazakhstan are regulated by several articles of the Criminal code of the Republic of Kazakhstan (hereinafter — the Code). One of the main of them is «Illegal carrying out of archaeological works» (article 295). A person who illegally carried out archaeological work on the site of historical and cultural heritage shall be deprived of liberty for up to two years. It shall be punished by imprisonment for a term of up to five years if it is committed by a group of persons by prior agreement; repeatedly; with the use of his official position; with the use of special technical means of search or digging machines. If such an offence is committed by a criminal group, the members of the group shall be punished by imprisonment for a term of five to ten years.

The next main article of the Code is «Vandalism» (article 294). The offender for vandalism, for damage to monuments of history and culture — is punished by arrest for up to seventy-five days.

The following articles provided for by the Code do not refer to monuments, but to artifacts of historical and cultural value. One of them is «Theft of items of special value» (article 193). Theft of objects or documents of special historical, scientific, artistic or cultural value shall be punishable by imprisonment for a term of three to six years.

According to the normative decision of the Supreme Court of the Republic of Kazakhstan, cultural values, antiquities of importance as artistic, scientific, historical and archaeological wealth of the population, objects of such importance are taken into account as a subject of smuggling (article 6). The responsibility for the illegal movement of such items across the customs border is provided for in the article of the Code «Smuggling of objects or items withdrawn from circulation, the circulation of which is limited» (article 286). For this crime — are punished by imprisonment for a term of up to five years with confiscation of property. Acts committed on a particularly large scale are punishable by imprisonment for a term of fifteen to twenty years or life imprisonment with confiscation of property.

In the Law of the Republic of Kazakhstan «On specially protected natural areas» rock paintings, previously mined ores and subsoil plots of historical, archaeological, ethnographic significance are among the subsoil plots of special scientific, historical and cultural value (article 77). In this regard, in the article of the Code «Violation of the regime of specially protected natural areas» (article 342) offender shall be punished by imprisonment for up to three years for intentional violation of the regime, which caused significant damage.

Due to the looting of archaeological artifacts, the grandiose works of art of the ancient world separated from its historical places and remain without much sense of decoration, standing on a shelf [4, p. 323]. In conclusion, it is necessary to slightly improve the applicable sanctions rules relating to offenses against the material historical and cultural heritage of Kazakhstan to give a full result. Since in the material historical and cultural heritage there are many facts of offenses, and according to statistics the number of prosecuted is very small, that is, these articles do not do their job. Of course, it is not an easy job to search for, investigate and prevent offenses in specially protected natural areas. Kazakhstan has not developed a methodology for such work. However, I believe that the more strictly the state fixes the sanctions of these articles, the lower the level of offenses.