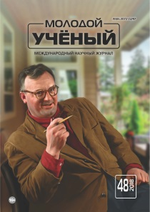 In this work multiple senses of lexical items will be analyzed. We will see how the meaning of the lexical item can be differ when it stands by itself and when it is used in context with a different word. English language is known for its variety of words and their use. So, we will observe how particular English words may vary in different contexts. Primary, secondary and idiomatic senses will be discussed in this work as well as the ambiguity caused by senses in the translation.

Primary sense is the core, basic, literal meaning of a lexeme. A primary sense is generally the first meaning that comes to mind for most people when a lexeme is uttered alone. Usually it refers to an actual physical thing, an action, or a characteristic of a referent. (http://www.glossary.sil.org/term/primary-sense)

The primary sense is the meaning suggested by the word when it is used alone. It is the first meaning or usage which a word will suggest to most people when the word is said in isolation. It is the meaning learned early in life and is likely to have reference to a physical situation. But the same word may have a different meaning when used in context with other words. (Larson, M, L. (2012) “Meaning Based Translation” University Press of America. New York, 589 p.)

A secondary sense is a meaning that is more abstract than a primary sense of a lexeme but still shares some of its semantic components. Because it has a different range of reference, its usage contexts and collocates are different from those of a primary sense. For example, let's take the word «make» in English. The primary meaning of make is to do something for example «She makes dinner”. The secondary meaning is to tuck something for example “She makes her bed every morning». Here the word «make» doesn't mean that somebody is actually doing the bed, it means that she tucks the sheets and pillows.

Translating the primary sense of a lexical item is usually much easier than a secondary sense. This is because the receptor language will often have a lexical equivalent for the primary meaning which very nearly matches the meaning of the lexical item in the source language. However, the secondary senses of those same two words will probably not match. (Larson, 2012: 113) A native speaker knows immediately by the other words which occur in the phrase or sentence which sense of the word is being signaled. Learners of a second language often have a great deal of trouble to use a word in its many secondary senses.

the word in the receptor language which is equivalent to its primary sense, but

by a different word. For example, the primary sense of key would be translated

into Turkish with “anahtar.” But notice the following list which shows how they differ in translating secondary senses:

The process for discovering the various senses of words is rather complicated but can be very crucial for making dictionaries, learning a second language, and may also be helpful to the translator when no dictionaries are available which give an adequate description of the senses of words in the language. (Beekman and Callow: 1974) A translator who is truly bilingual in the source and receptor languages will usually recognize a non-primary sense.

One must first collect as many examples of the use of the word as possible. If a person knows the language he can simply think of all the possible combinations with other words. If not, he will need to find the word in as many texts as possible. A concordance done on the computer will greatly speed up the search, learning a language, or hoping to make a dictionary, will want to begin early in his research to collect data on each word of the language, building up more words and more examples of their co-occurrence with other words. The goal is to list as many collocate as possible. For our purposes, we shall now assume that we have found the following (Beekman and Callow 1974, chapter 11)

Each grammatical form should be analyzed separately. In this example, we

have used only intransitive verb forms. If the noun run occurred, this noun form would need to be separated and analyzed separately. One begins by making best guesses, refining the analysis as he goes.

– Movement or proceeding (go by bus, by train, got to amarket)

– To become as specified (go mad)

– to act so as to come into acertain state or condition: (to sleep, go into debt)

– Energy spirit (a man with alot of go)

– Approval or permission (boss gave ago)

Step 3. Regroup the contexts according to the collocates which belong to the same generic classes as follows.

– The boss gave us a go on our new project.

Step 4. List and label the senses of the words.

Once the data is reorganized by the generic classes of the collocates, it is much easier to see the senses of the word. For animate beings with legs, the meaning seems to be to move oneself from one place to another rapidly; for liquids, simply to flow, for vines, the meaning is to grow, etc.

To move on something, to move with your legs, to proceed

to act so as to come into a certain state or condition:

To have an energy or spirit.

A secondary sense will almost always need to be translated by a different word than the word which denotes the primary sense. In English there are many synonyms of the word difficult. All belong to a common set of words.

The two main rules about secondary senses are

1) the secondary senses of the source language can probably not be translated literally but will need to be understood in order to find a good equivalent.

2) the secondary sense of words in the receptor language will only mean what they are intended to mean if the context includes collocates which will signal the sense desired.

In this work we have learned what is a primary sense, what is a secondary and idiomatic sense. We have seen how words can change the meaning of the particular text. We have also learnt the process for discovering the various senses of words. So, the translator has to know all the senses of the words in order to make a good and effective translation.