The role of errors and error correction in learning foreign languages 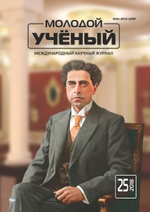 Mistakes and errors are an inseparable part in process of learning foreign languages. Error correction and its importance in the foreign language classroom have received considerable attention during the past decades. According to Corder (1967), correcting learners’ errors is substantial in three different ways: First, they tell the teacher about the progress of the learner, and therefore what remains to be learnt. Second, they supply evidence of how a language is acquired and what strategies the learner employs in learning a language. Thirdly, they are indisputable to the learning process because making errors is regarded as a device the learner uses in order to learn.

Nowadays, in modern life, learning any foreign language is becoming more acceptable and easy. But during learning process still learners and teachers face the errors which made the learners. And it is natural that if someone makes the mistake in learning process, but it is not good to correct his or her mistake on the spot. Learners and teachers of foreign languages cannot pass it without making any errors during learning process. Because, in learning and teaching foreign languages avoiding language mistakes or not correcting them can be the reason of avoiding speaking and writing in foreign language. Besides it, many scientists argued that making mistakes and correcting them is a good way to learn language easily. In this way, learners could work out on their mistakes. Where no one can predict what will work, people who try and fail have a higher probability of success than those who are doing nothing for fear of failure. So errors should be and should be corrected as well by teachers.

Errors and error correction is a complex problem for language teachers, a problem in which the following steps in the cases of decisions have to be run through. Errors must be identified, arranged, corrected, and in the majority of the cases they must also be evaluated.

What kind of errors should be corrected?

Learners’ errors are usually classified in different categories. Burt (1975) made a distinction between “global” and “local” errors. Global errors hinder communication and they prevent the learner from comprehending some aspects of the message. Local errors only affect a single element of a sentence, but do not prevent a message from being heard. According to Hendrickson (1980), global errors need not be corrected and they are generally held true. But the expressions such as “a news”, or “an advice” are systematic errors, and they need to be corrected. As for pre-systematic errors, teachers can simply provide the correct one. For systematic errors, since learners have already had the linguistic competence, they can explain this kind of errors and correct them themselves. So teachers just remind them when they commit such errors. As to what kind of errors should be corrected, it needs teachers’ intuition and understanding of errors. At the same time, the teacher should consider the purpose of the analysis and analyze them in a systematic way.

When to correct the errors?

Concerning this problem, the most controversial issue is to treat them immediately or to delay. First, we are confronted with a dilemma—fluency versus accuracy. For communicative purpose, delayed correction is usually preferred. Some advanced students believe that when to correct errors is determined by the type of errors committed. For instance, if they are pronunciation or grammatical errors, immediate correction is preferable, for post-correction cannot make learners remember anything. Furthermore, the overall situation in the classroom is also important. When the whole class is familiar with a word, but only one of them is singled out for being corrected, he or she would feel awkward. So, we can see that when to correct is very complicated. Both the teachers’ intuition and the feedback from the students are equally important.

How to correct the errors?

Some scholars believed that teachers’ indirect correction is highly appreciated. They either encourage students to do self-correction in heuristic method orpresent the correct form, so students couldn’t feel embarrassed. Compare the two situations:

Teacher: “No, listen, what does this word mean?”

Teacher: “What does it mean? Well, it is difficult to explain, but it means…”

It is obvious that teacher’s remodeling in (2) is more natural and sensible than the direct interruption in (1). Up till now, both the theory and the application have been illustrated, in the next section we are going to deal with both the significance and limitations of error analysis in language teaching and learning.

Significance and limitations of error analysis in language teaching and learning.

Firstly, by error analysis, teachers will get an overall knowledge about the students’ errors. Foreign language learning is a process of hypothesis and trial and error occurrence is inevitable. So the teacher should learn to tolerate some errors, especially some local errors. Secondly, errors can tell the teacher how far towards the goal the learner has progressed and consequently, what remains for him or her to learn. So students’ errors are valuable feedbacks. We can do some remedial teaching based on their errors. Thirdly, errors are indispensable to the learners themselves, for we can regard the making of mistakes as a device the learner employs in order to learn.

Finally, some errors need to be handled, otherwise, they will become fossilized. In a sense, error analysis theory together with other theories have enriched the foreign language learning theory in that learning involves in a process in which success comes by profiting from mistakes and by using mistakes to obtain feedback from the environment. With the feedback they make new attempts to achieve the more closely approximate desired goals.

Certainly, error analysis is significant, but it also has its limitations. First, there is a danger in too much attention to learners’ errors and in the classroom teacher tends to become so preoccupied with noticing errors that the correct utterance in the foreign language will go unnoticed. While the diminishing of errors is an important criterion for increasing language proficiency, the ultimate goal of second language learning is the attainment of communicative fluency in a language. Another shortcoming in error analysis is the overstressing of production data. Factually language comprehension is as important as production. It also happens that production lends itself to analysis and thus becomes the prey of researchers, but comprehension data is equally important in developing an understanding of the process of language acquisition. Thirdly, it fails to account for the strategy of avoidance. A learner who for one reason or another avoids a particular sound, word, structure or discourse category may be assumed incorrectly to have no difficulty therewith. The absence of error therefore does not necessarily reflect native like competence since learners may be avoiding the very structure that poses difficulty for them. Finally, error analysis can keep us too closely focused on specific languages rather than viewing universal aspects of language.

There are several ways of correction that can be employed in the classroom.

Self-correction: After the student recognizes what is incorrect in his/her response, s/he should be able to correct him/herself. Self-correction is the best technique, because the student will remember it better.

– It encourages cooperation, students get used to the idea that they can learn from each other

– The teacher gets a lot of important information about the learners’ ability — if students learn to practice peer correction without hurting each other’s feelings, they will do the same in pair-work activities. However, it may happen that whenever the teacher asks for peer correction from the whole class, it is always the same students who answer. In this case the teacher has to make sure that other students are involved as well.

Teacher correction: If no one can correct, the teacher must realize that the point has not yet been learnt properly. In that case the teacher can re-explain the problematic item of language, especially if the teacher sees that the majority of the class has the same problem. There might be more repetition and practice necessary. We must not forget that the main aim of correction is to facilitate the students to learn the new language item correctly. That is why it is important that after correction the teacher has to ask the student who originally made the error or mistake to give the correct response.

In order to improve teaching, we need to explore the learners’ psychological process in language learning so that we can enhance our understanding of learners’ errors. Based on the analysis of the causes of their errors, we provide our timely guide and help. In addition, while placing an emphasis on error correction in the classroom, we should take the teaching objectives, students’ linguistic competence, their affective factors and the effectiveness of the error correction into consideration. Consequently, we can employ more flexible strategies in error correction and make more contributions to the EFL classroom teaching and learning.

Research on task-based language teaching (TBLT), including implementations in EFL and ESL settings, has greatly expanded in its theoretical, contextual, and methodological scope [11].

...language are Teachers of English to Speakers of Other Languages (TESOL) and International Association of Teachers of English as a Foreign. TESOL has done a great deal of work to advance the profession of teaching ESL to young learners in the United States. Their efforts for teaching EFL...

TESOL. International Association of Teachers of English as a Foreign...

Some practical issues of teaching intensive reading in ESP language...

Some approaches to task-based syllabus design

Key words: TBLT, ESL, EFL, TESOL. The senses are the foundation of learning and teaching.

Research on task-based language teaching (TBLT), including implementations in EFL and ESL settings, has greatly expanded in its theoretical, contextual, and methodological scope [11].

...language are Teachers of English to Speakers of Other Languages (TESOL) and International Association of Teachers of English as a Foreign. TESOL has done a great deal of work to advance the profession of teaching ESL to young learners in the United States. Their efforts for teaching EFL...

TESOL. International Association of Teachers of English as a Foreign...

Some practical issues of teaching intensive reading in ESP language...

Some approaches to task-based syllabus design

Key words: TBLT, ESL, EFL, TESOL. The senses are the foundation of learning and teaching.