The need for the formation of national popular culture in Uzbekistan 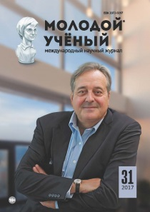 The article analyzes different attitudes towards popular culture and the reasons for the formation of negative attitude to it in Uzbekistan. However, the impossibility of evaluating the popular culture from one point and the importance of creating national popular culture samples in accordance with the requirements of spiritual consumers in order to fight against spiritual threats in the conditions of current time society are justified.

There are contradictory opinions on the issue of popular culture, its essence and role in the modern society. Some people consider it as necessary event of the information society and a culture in accordance with the requirement and needs of current time people, while others see it as superficiality, easiness, and most of the time, tastelessness patterns associated with low emotions.

In Uzbekistan the negative attitude towards popular culture takes the superiority. In fact here this means “works” contrasting to universal human ethics and national peculiarities under the disguise of popular culture and criticism is focused on against them. There are several reasons for this. As soon as Uzbekistan gained its independence, a great deal of strange and harmful ideas representing a variety of interests under the disguise of popular culture from outer places began coming into our country. Most of the citizens who considered themselves as backwards and being unaware of world development news during the period of totalitarian regime began accepting them as a novelty. The skills for selecting foreign spiritual “products” were not formed during the colonial regime. Therefore, in Uzbekistan it was important to improve national ideas and absorb them into the mind and soul of the citizens of the country. Naturally, the government paid more attention to fight against alien ideas which were contrast to our national ethics. The first President of the Republic of Uzbekistan I.Karimov revealed the nature of the spiritual threats in his works and created a specific methodology approaching to them. “When we are establishing the foundations of a new life”, — said I.Karimov, — … we shouldn’t forget that “popular culture” consisting of spiritual and moral lowness features which areabsolutely alien for us may come in… Naturally, under the disguise of “popular culture” spiritual immorality and violence, individualism, distribution of egocentrism ideas and, even if, making wealth by this way, neglecting the spiritual foundations of lifestyle and thousands years of traditions and values of other nations and dangerous threats aiming to destroy them are making every person worried” (1.117)

Based on this approach the scientists in Uzbekistan analyzed popular culture by linking it with spiritual immorality under the disguise of it. Popular culture is evaluated as “…widely spread as a sample of no idealism, poor quality and tastelessness” in “Philosophy: encyclopedic dictionary” (2,313). The same idea is repeated in the book of “Spirituality: a glossary of basic concepts” (3,460).

In spite of the fact that the positive aspects of popular culture are mentioned in some sentences in special monographic works devoted to popular culture problems, the main attention is focused on the issues of fighting against it. (4,15; 4a, 56, 112–121).

Current time society also called as “Postindustrial society”, “Information society”, “Knowledge society” and with other tens of names owns such features that no country can escape the influence of it. The main ones are the increase of the role of information in the life of human and society, addiction to mass media (particularly the Internet, a variety of information spread via mobile phones, dubious videocassettes by content) and outlook in accordance with the current time civilization and some qualities of lifestyle. As a result of this general features appear in the spirit of the people living in current time society. The abundance of information encourages spiritually tired people to have a rest actively. Adventurous, cursory but not boring, not requiring to rack brains and other art works are suitable for the wishes of the absolute majority. We can see the fulfillment of the evaluation of popular culture as the culture of postindustrial society by American sociologist D. Bell. A great many art works worth to note as the samples of popular culture introduce the culture, spirituality, morality and lifestyle of peoples, make the national values popular, introduce with the heritage of the past and demonstrate the peculiarities of national morality. Such kind of knowledge and information which are easily understood and supplied during the rest and entertainment satisfy the aesthetic and other needs of people in a certain spiritual degree, accelerate the evolution of moral norms.

F. Madrakhimova differs three degrees of culture in accordance with the three social groups (classes) existed in political theory. According to her opinion, elite is the social base of elite culture while middle class — the social base of popular culture (5.59). The culture consumption of lower class is not explained.

It is essential to determine the content of popular culture in order to clarify its role in the society life, to evaluate it objectively and clarify how to treat towards this concept. It has complex structure and forms and a variety of scientists estimate it in different ways referring to its various aspects. The types and elements of popular culture in the conditions of current society are met everywhere: at home, at work, in the streets and it is impossible to hide and escape from it. If there is a person consuming this culture, the samples of popular culture will continue to be created. Furthermore, there is no Chinese wall between popular and unpopular culture. The samples of elite and popular culture exchange with each other in accordance with the changes of the level and taste of consumers. It is important to strengthen the fights against spiritual threats such as terrorism, crime and moral lowness which lead to destruction of human personality, contrasting to our development way and are coming into our country under the disguise of popular culture as a result of progression of communication means in Uzbekistan. However, if the fight is sufficedwith one-sided criticism, it is impossible to achieve the aimed results. It is significant to create national works in accordance with the requirements of the consumer of the information society and which help to increase outlook, knowledge and taste, as well as, to have an enjoyable rest. Such kind of popular works giving education about our national features are profitable to promote our national culture, heritage and history all around the world.

Undoubtedly, plenty of samples of popular culture in Uzbekistan are also absorbing into the spirituality of our people. Via this our imaginations about the life, culture, history and aesthetic conceptions of other nations are developing. For instance, the major part of the people in our country watches a variety of foreign series. The unsuitable aspects of these series to our spirituality, unfortunately, may have a negative impact on people without independent and critical thoughts.

Consider the morality aspect as an example. The events such as unmarried young couples openly living together as “friends” or a woman with children, and even with grandchildren, loving another man and abandoning her own husband are considered contrast concepts to our national morality, and here hateappears towards such kind of characters who are regarded as positive ones in foreign series.

There are a great many materials for adventurous works in our national heritage, culture and current life. We should improve our national popular culture based on and derived from them. They should give knowledge and high humane pleasure to both our people and other nations about our nation, its culture and history.

How should we approach to popular culture as a form of art? First of all, such kind of works must have the ideas serving to develop human spirituality. Secondly, like all the works of art it has to own national spirit. The works without national peculiarities and humane morality can’t be art works. Thirdly, it is essential to strengthen fights against the wrong ideologies under the disguise of art and distributed for personal profits.