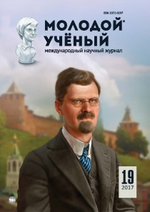 The adverbial modifiers of comparison are used for comparing things, objects etc. in simple sentences in both languages. Conjunctions introducing them are: than- dan ko’ra,-dan…roq, as- -dek, -day, as…as- … dek, not so as… — day emas, as if-xuddi, as though-xuddi,, like — xuddi …day, kabi etc.

Another isomorphic feature is that in both languages there are some means of expressing comparison, but in English they are all conjunctions, and in Uzbek they are some suffixes and auxiliary words — allomorphic feature.

English conjunction “as” has different meanings besides comparison, while in Uzbek we don’t distinguish other meanings of auxiliary words and suffixes expressing comparison: She replied аs I asked. In this sentence аs I asked has the meaning of comparison, manner, cause and time. (allomorphic feature)

Like all other Forsytes of a certain agethey kept carriages of the own. (Galsworthy) Judice is as white as mud. She's as perfect as sin.And then his wife's face flushed and contracted as though in par.

Hesaw as if visible in the air before himin illuminated figures a whole sum. (London) John plays the piano better than Mary.

If we analyze the adverbials of comparison they can be subdivided into three classes:

a) Adverbials of equality are expressed by means of:

– a noun phrase or an equivalent (pronoun, numeral, non-finite verb), an adjective or an adverb preceded by the conjunction as:

It’s as hot as in summer.

He walked as softly as the Ghost of Hamlet.

The conditions were the same as before.

– a NP (or equivalent) preceded by the preposition like

e.g. Like all other Forsytes of a certain age they kept carriages of their own.

The albatross fell off and sank like lead into the sea.

b) Adverbials of unequality are expressed by means of

e.g. He went further than the other explorers.

Then came another flash of lightning brighter than the other

e.g. He is not so bright as his brother.

e.g. It’s cooler here than it is upstairs.

c) Adverbials of comparison-concession are expressed by means of a prepositional NP, an adjective or a non-finite verb (infinitive, participle) preceded by the conjunctions as if, as though

e.g. He studied me as though weighing up my points.

He rose as if to leave the room but sat down again.

She cried as if in a terrible danger.

e.g. She cried as if she were in a terrible danger.

The word combination as if has many different meanings in English. It can be a conjunction, an exclamation, and slang! In order to avoid any misunderstandings we should know the use and meaning of it in the sentence. So we are going to clear up the different meanings & how to use as if in a sentence.

As if is a conjunction. It is used to say how something seems from the information known. It is a more formal way of saying like, and is used in the same way as as though. In all of the following sentences and examples, as if can be replaced with as though and like (in informal conversation).

1)Qiyoslash. In such sentences two actions, manners or events are compared. They are introduced by the auxiliary word ko’ra, and participle forming suffixes

In both languages compared we can find the adverbial modifiers of comparison expressed by different ways. They are used in different language units.