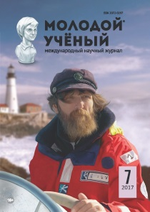 Nowadays the Kazakhstan is one of the increased risks of loss of spiritual values, the meaning of life, a higher purpose in the world. Young people have distorted ideas about such eternal categories, as mercy, compassion, love, kindness, therefore, it is urgent the problem of development of spiritually-moral qualities of the person [1].

The problem of spiritually-moral qualities of the future teacher's personality is primarily due to the fact that the moral aspect is one of the most important aspects of the teaching profession. Spiritual- moral foundations of pedagogical activity are its fundamental value and quality. The category of "moral" is associated with the concepts of "spirit", "soul", "inner", "warmth", "morality", "consciousness", "conscience", etc. (N. Berdyaev, P. Florensky, V. Solovev, etc.). In dictionaries [2] spirituality is defined as follows:

- detachment from the low-lying, rough sense of interest, desire for internal improvement, the height of the spirit;

- a property of the soul consists in the predominance of spiritual, moral and intellectual interests over the material;

- search, practice, and experience through which the subject carries in himself the transformation necessary to reach the truth, to self-determination;

- activities for self-creation, self-determination, and spiritual growth of a person;

Morality gets in the dictionary the following definitions:

- the inner, spiritual qualities that guide people's ethical standards; rules of conduct defined by these qualities;

- moral - adjective: mentally applies the truth and the lie; to moral good and evil; agree with conscience, with the laws of truth, human dignity, duty of honest and pure-hearted citizen.

Based on the analysis of dictionaries in the narrow sense under spirituality we mean the internal self-development, the transformation of man. Under the morality -external ethical norms and rules of conduct set forth in internal installations. Imagine a working definition of the notion "spiritual-moral qualities of the personality of the teacher": the high value characteristics of consciousness, behavior, and communication of the teacher in the process of life, allowing him to realize their inner potential.

The main quality of future teachers in modern conditions is an active social position, and psychological-pedagogical basis for its formation is an organization of spiritually-moral relations students, large educational work among the teachers, and the assertion of spiritual and moral values in schools and universities. Creating student groups in moral and spiritual relations is the most favourable context for decisions facing the school educational objectives.

In the general complex of problems is devoted to the study of psycho-pedagogical conditions of forming of personality of future teacher, need to be further consideration of the issues related to the knowledge of the personal development of the students with moral and spiritual potential. The study of psycho-pedagogical conditions of development of spiritually-moral relations among the students, their learning and transformation of the personality of a future teacher as asserting an active social position, it seems more relevant now.
The term spiritual-moral relations used in the psychological literature recently. Often studies use the concept of moral relations (B. B. Aysmontas, V. Momov, L. I. Ruvinskiy, I. F. Kharlamov, V.A.Yakovlev and others). V. Momovdefines moral relations as a public form of expression and regulation of individual actions. According to L. I. Ruvinskiy, moral relations constitute such an education, which on the face of the fusion of thoughts (and judgments of events), feelings (experiences of a specific nature about them) and the will ambitions (motives to action) as a result of the relationship [3].

The problem of spirituality and morality has scientific thought is rich in history. She attracted attention since ancient times (Pythagorean, Plato, Aristotle, Socrates, A. Augustine and others).

Psychologists focus their attention on the disclosure of the concept of spirituality and its significant role in a person's life. So, K. A. Abulkhanova spirituality defines a method of personal mental organization, consistent with the principles of humanity, sublimity, and harmony. V.V. Znakovbelieves that the spiritual realm of the individual cannot be viewed only through the prism of intellectual, mental activity. In his view, the spirituality of the subject can only be understood in the context of culture and the universe.

The current state of reality dictates the necessity of making the content of educational process of the patristic heritage, revival of spiritual and moral principles in psychology and pedagogy.

However, despite attracting the attention of many researchers to the problem of spirituality, not fully disclosed the conditions of formation and development of spiritually-moral qualities of the person.

The analysis showed the presence of the following contradictions in the spiritual and moral relations of youth:

scientists and politicians have repeatedly declared that economic revival of the country is impossible without spiritual rebirth, however, the media are conducting a massive impact, and focused on aggression, power, leading to high conversion values, obtain material goods in any way, etc.;

- in recent years, many recognized the importance of humanistic paradigm of education (K. A. Abulkhanova, A. G. Asmolov, B. S. Bratus, I. A. Zimnaya, etc.), which is part of the moral and spiritual relations, but in fact in most educational institutions dominated by the authoritarian style of education;

The development of the new pedagogical paradigm of education, asserting the priority of human, humanistic spiritual ideals to the greatest extent exacerbates the problem of spiritually-moral education of pupils. The solution to this problem is the leading role of the teacher: his competence, spirituality, and the level of ethical culture depend on the spiritual world and the moral character of the modern student. This explains the actualization of the problem of formation of spiritual and moral culture for teachers in higher pedagogical education.