Mechanical characteristics of low-density polyethylene and materials, perspective for applying in impervious structures 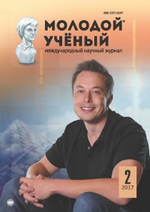 Structure protection against groundwater and surface water (spring waters, precipitation and flood) is a topical branch in hydrotechnical, road, industrial and civil engineering. In the process of sumps, waste collectors, heaps and pool converters operation there is a danger of a leakage of ecologically unsafe substances, which differ from each other in composition and the degree of aggressiveness. Natural and artificial ponds rise the groundwater on adjoining territories, which prevents the economic activity of people. Impervious structures are used for ground and soil structures protection [1, 2]. Different ways of installation of impervious structure elements in soil, foundations, slopes, weirs and dams are known. Laying of the polymer panels on the slopes of the soil structures under the layer of the bulk material, trench and trenchless (vibratory) screen drives are applied. Polymer impervious screens, curtains and membranes are widely spread. Most of the film members were made and are made of low-density polyethylene (LDPE), but other polymer and composite polymer materials are becoming more and more popular [3–5].

Almost all materials have properties changing in time (ageing), especially characteristic it is for polymer and composite polymer materials [6–9], as well as steels and alloys [10]. The speed of ageing depends on sensitivity of a material to acting factors and their intensity. The properties changes can be reversible and irreversible. Reversible changes disappear almost entirely after external factors eliminated. The opposite situation takes place in irreversible changes. As we aim to predict the durability of ready-made materials, so we can define ageing as appearance of transformation during storage and exploitation.

The objectives of the present paper are:

LDPE samples were made in laboratory complex in All-Union Scientific Research Institute of Hydraulic Engineering named after B. E. Vedeneev. The samples had a shape of a shoulder blade with 25 mm working part length and 3,5 mm width. The thickness was ranged from 0,048…,0,064 mm to 0,16…0,23 mm.

Samples of stabilized LDPE had a shape of a shoulder blade with 30 mm working part length, 3,5 mm width and thickness

LDPE and stabilized LDPE samples were cut in the direction and cross-direction of the film extrusion.

Uniaxial sample tension tests were carried out using FPZ-100/1 and RMI-5 (РМИ-5) installations with different capture displacement speeds (v, mm/min.). Depending on the thickness, the samples were grouped in three, which then were tested and results of the experiment were presented as the mean values. The experiments with long-term loaded samples were held on one specimen. The dimensions of these samples were determined before tension test.

Limit stress and the value of the elastic modulus are higher in samples cut in the direction of the film extrusion, than in samples cut in the cross-direction of the film extrusion. The influence of the sample thickness in specified range on LDPE mechanical characteristics (Table 1) is insignificant. The results of tension tests (V = 50 mm/min.) of LDPE samples (along of the extrusion) with thicknesses δ = 0,048…0,064 mm confirm this conclusion.

Mechanical characteristics (in the direction of the extrusion) of LDPE samples

LDPE samples (δ = 0,16…0,23 mm) were loaded by constant tensile load during 189–194 months (~16 years). In the first series of experiments (189 months), initial stresses of ageing under load σН were recorded. In the second series of experiments (194 months), beside σН, the relative deformation of LDPE samples was recorded in the beginning (εН) and in the end (εк) of ageing. Tables 3–5 show the results of experiments (σut — the durability limit under tension, εnt — deformations corresponding to the durability limit). Table 6 shows the data of the comparison of obtained results.

Let us consider the results of the LDPE stabilized by 2 % content of soot tests. Samples of the first series were kept in conditions of heated (without sunlight access) warehouse space during 17 years, and the samples of the second series — in the ash of Magadan CHP during the same time. The samples are oriented in the cross-direction of the extrusion. In each series of the tests, 3 samples were used. Table 7 shows results of the uniaxial tension tests and Table 8 shows their comparisons.

Table 9 shows the results of uniaxial tension tests of LDPE samples (stabilized with 2 % soot content) in original state (I) and after ageing (II) during 18 years. The deformation speed was 50 mm/min.

The film of the examined polyethylene of low density (LDPE) in original state has stable mechanical characteristics with some anisotropy related to the direction of the extrusion.

The mechanical characteristics of unstabilized and stabilized by 2 % soot content LDPE are insignificantly different. Natural ageing during 18 years in heated warehouse space conditions of stabilized LDPE does not lead to significant changes of limit stresses and deformations under uniaxial tension.

The influence of the Magadan CHP ash during 17 years does not change significantly the stabilized LDPE mechanical characteristics. The change of the elastic modulus (the average decrease on 29 %) has to be considered in calculations of film impervious structure elements.