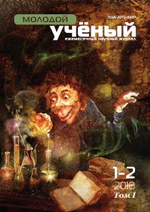 It is natural that in everyone’s private life differences of opinion constantly emerge in contacts with other people, also at work and in all areas of public life. Sometimes the differences pertain to the important matters and sometimes they are too trivial. They can just as well manifest themselves in a conversation or at a meeting as in an essay or a written response to something read in a newspaper. In all these cases, advancing argumentation is a reasonable way of trying to put the difference of opinion to an end. Advancing argumentation means that the speaker or writer engages in a discussion with those who do not agree with his or her standpoint. Such argumentative discussions are pivotal in social life. Argumentation encompasses all verbal communication interactions in which one engages to demonstrate a given thesis, namely by identifying the reasons for taking a certain decision. Therefore, argumentation is relevant to a variety of situations in daily life and in several domains.

These contributions constitute a widely shared body of methods and theories that enable a critical and comprehensive approach to argumentation practices. Researchers are thus provided with some fundamental resources for reconstructing argumentative discourse, critical analysis, the discovery of fallacies, a reliable monitoring of argumentative dynamics and the improvement of argumentative practices. Within this framework, one of the most urgent challenges concerns the consideration of the role of the specific contexts in which argumentation appears, which calls for the development of a coherent variety of interdisciplinary perspectives.

Argumentation is relevant in the political sphere, where it conditions the building of consent in different forms of decision-making procedures like debates and deliberations, eliciting and spreading new ideas, electing governors, and unmasking manipulation. Argumentation is also basic to negotiations supporting the exchange of economic and financial goods; it is the proper interface for the interaction between savers and entrepreneurs, and is the basis of all types of market. In spite of the differences among the legal systems, for all juridical traditions argumentation represents a constitutive moment of the phases of a legal discourse: supporting the parties’ positions, comparing and evaluating the arguments advanced in favor or against such positions, justifying the decision by the judging authority, and so on [2].

In religious discourse the role of argumentation should not be underestimated, in particular in the context of multicultural and multi-religious societies. Even though in the different religious traditions an argumentative approach may be more or less allowed or fostered, when religious communities present their views and moral values, the need for a critical argumentative foundation becomes more and more evident. The process of developing scientific knowledge and the dialogue characterizing scientific communities are also intertwined with argumentative practices on which written argumentative discourse is blended with representational devices.

Recent studies highlighted the cognitive and educational advantages of reshaping teaching and learning activities in terms of argumentative interactions. Computer-supported technological devices are now being developed to sustain collaborative decision making, writing and argumentation in learning.

Other socially important fields, such as health care communication, therapeutic discourse and family interactions are gradually discovering the role played by argumentation and the opportunity of using argumentation for improving the quality of practices and decisions.

The importance of contexts for the study of argumentation is confirmed by recent theoretical research of the inferential structure of arguments, which brought to light the interplay of a dialectical component bound to topical maxims and an endoxical component bound to context-depending data and values [3]. Contextual factors also emerge as decisive for the choice of the themes that are allowed or expected to become an issue of discussion and, thus, for the constitution of “argumentative spaces”. Pertinent here is that ‘topical choice’ is, together with ‘audience adaptation’ and ‘presentational design’, one of the three dimensions of strategic maneuvering in all stages of an argumentative discourse and the available options vary to some extent according to the argumentative activity type and its contextual sphere, in which the maneuvering takes place [1, 24]. A psycho-social perspective also allows taking into account the constitution of a critical discussion, not only through logico-semantic analysis of the difference of opinion at the origin of the argumentative discussion, but also by considering the reasons and implications of the arguers’ personal assumptions in the light of their cognitive development, their understandings of the tasks and social roles, and their stakes in the discussion [4].

It is surely difficult to exaggerate the role of argumentation in human communication. Argumentation is not present only when we are interested in verifying data, in expressing our own feelings and reactions (desire, anger, admiration, surprise, etc.) or in giving sheer information, but every time we want to explain, justify... - in short, when we ground what we say, argumentation comes into play. As we have seen, argumentation is also present, disguised as communicative inference, in the interpretative process, which cannot be restricted to recognizing phonetic data, which we simply decode, but aims at reconstructing the meaning. Argumentation is an essential component of our language, both when intending to understand reality, and when intending to change it; argumentation is particularly present in relation to social reality. It is through argumentation that communal life is structured, that categories for judgement (values) are built, that consent is created and conflict generated and solved. Language used in argumentation creates social reality. To “create a community spirit” by creating exchange and interaction is actually the essential function of communication and, in particular, of argumentative interaction: to argue means to create consent, agreement and common commitment. But the task of creating a community does not end with the effectiveness of communication. Also the quality of the obtained consent is relevant and is guaranteed by building consent through the shared use of reason, as Schwarz notes [5, 92] the relevance of argumentation to civic education and learning. Argumentation is the possibility to build a reasonable communal life at different levels (from the interaction between two people, to society), which is not immune from the risk of deception and manipulation, but which has the instrumentation to protect itself from unreasonable consent. Argumentation actually is the discourse that provides its reasons, that justifies the arguer’s decisions, beliefs and positions. In particular, the relationship between argumentation and democratic society is essential, democracy being what the authors – and many others - consider the most just and reasonable form of social organization, the reasonable society par excellence. Argumentation is the substance of democracy, which is different from other social systems exactly because its only legitimated power is that of the word, since words are the only tools we have, in order to build free consent and live together freely.

Democracy’s inventors – the Athenians of fifth century B.C. – had grasped the value of argumentation in the building of democratic consent and of a critical attitude able to defend from manipulation. Athens’ democracy was based on absolutely free discussion among citizens, aimed at creating the necessary consent for the civil community’s choices about the right and the profitable. The place for discussion typically was the assembly (ekklesía), where everyone had the right to express their own opinion with total freedom of speech. The power of the word was the heart of democracy and it was also necessary to become an authoritative citizen. Total freedom of speech did not however immunize the Athenian democracy against the risk of manipulation: if argumentation skills are only aimed at pursuing the efficacy of communication, in other words at persuading the addressee at all costs, then democracy is at risk. We can actually interpret the predominant trend in sophistry as an attempt to create the “strongest discourse”, regardless of its objective value (“to make the weakest discourse win and the strongest lose”), as a deviant development of argumentation. It’s meaningful to observe that we link the term sophism, the typical form of manipulation, to sophistry. The deep, systematic considerations of the greatest Greek philosophers during the V and IV century B. C. (Socrates, Plato, Aristotle) on this risk led to the building of a model of public communication based on efficacy and reasonableness. In this way, the important doctrinal corpus of classical rhetoric was established and this same corpus of classical rhetoric has actually been the first model of public communication: classical rhetoric is the first model of public communication which gives a central role to argumentation. Although the danger of manipulation was perceived, it was impossible to limit oneself to the disapproval of democracy as a form of social organization based on communication: then, as today, the civil community needed argumentation to live free. The Logic-oriented rhetoric, that Aristotle discussed in Topics and Rhetoric, aimed at redeeming the various socially relevant forms of communication – juridical, political and evaluative - from the risk of manipulation.

Argumentation is a form of communicative interaction by means of which social realities – institutions, groups and relationships – are construed and managed. People develop argumentation in numerous purposeful activities: to make sound and well-thought decisions, to critically found their opinions, to persuade other people of the validity of their own proposals and to evaluate others’ proposals. These activities are bound to the contexts in which they take place and are significantly determined by these contexts; thus argumentation too, as the bearing structure of these activities, moulds its strategies in connection with these very different contexts: from family to social and political institutions, from financial markets to media, schools, factories and courts.

In the panorama of argumentation studies in the world, a significant interest in argumentation exists in English-speaking countries, in particular in North America, where the coming into being and consolidation of a research tradition in this field and in the connected field of rhetoric was fostered by well-developed practices of argumentation in law and public debate, which is mirrored by the expanded presence of relevant chairs and other positions in a great many academic institutions. Recently, the interest of argumentation has expanded and new contributions to the field are emerging in other areas and research traditions.

In the past decades, the study of argumentation has developed into a field of study in its own right. This evolution is achieved by an interdisciplinary venture of philosophers, formal and informal logicians, and discourse and conversation analysts, communication scholars, and representatives of still other disciplines. At present, various research centers and important theoretical movements can be distinguished. In this context, a growing interest for argumentation can also be identified in the Swiss territory, where the scientific dialogue on argumentation is developing increasingly. As a result of the research efforts that have been made, argumentation theory has expanded considerably, both theoretically and practically.

So far, we have considered argumentation as a particular communicative activity which is part of human social life. However, in the different human cultures, argumentation is present not only as a practice that is relevant for their development and their transmission through time, but also as a subject of reflection.