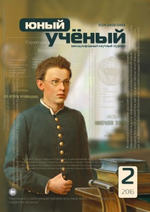 A metaphor is a figure of speech that identifies something as being the same as some unrelated thing for rhetorical effect, thus highlighting the similarities between the two. While a simile compares two items, a metaphor directly equates them, and does not use «like» or «as» as does a simile. One of the most commonly cited examples of a metaphor in English literature is the "All the world's a stage" monologue from As You Like It:

All the world's a stage,

And all the men and women merely players;

They have their exits and their entrances [...]

Viewed as an aspect of speech and writing, metaphor qualifies as style, in particular, style characterized by a type of analogy. An expression (word, phrase) that by implication suggests the likeness of one entity to another entity gives style to an item of speech or writing, whether the entities consist of objects, events, ideas, activities, attributes, or almost anything expressible in language. For example, in the first sentence of this paragraph, the word ´viewed´ serves as a metaphor for ´thought of´, implying analogy of the process of seeing and the thought process. The phrase, «viewed as an aspect of», projects the properties of seeing (vision) something from a particular perspective onto thinking about something from a particular perspective, that ´something´ in this case referring to ´metaphor´ and that ´perspective´ in this case referring to the characteristics of speech and writing.

Metaphors can serve a variety of functions:

                    they can influence the frame or cast of mind of the listener/reader regarding an issue, perhaps leading to action

History of the nature and role of metaphor

As he did on many aspects of language, Aristotle wrote on metaphor. In his Poetics, Aristotle recognized metaphor as a transference of a 'alien' name from one taxonomic class (species, genus) to another or the same, giving specific examples (see left sidebar). In the context of the Poetics as a whole, he evidently viewed metaphor as an ornamental, poetic form of expression, and attributed no other particular value to it other than to consider the creation of «good metaphors» a mark of genius.

The Stanford Encyclopedia of Philosophy also notes Aristotle's recognition of the cognitive function of metaphor:

While in the later tradition the use of metaphors has been seen as a matter of mere decoration, which has to delight the hearer, Aristotle stresses the cognitive function of metaphors. Metaphors, he says, bring about learning (Rhet. III.10, 1410b14f.). In order to understand a metaphor, the hearer has to find something common between the metaphor and the thing which the metaphor is referred to. For example, if someone calls the old age “stubble,” we have to find a common genus to which old age and stubble belong; we do not grasp the very sense of the metaphor until we find that both, old age and stubble, have lost their bloom. Thus, a metaphor does not only refer to a thing, but simultaneously describes the respective thing in a certain respect. This is why Aristotle says that the metaphor brings about learning: as soon as we understand why someone uses the metaphor “stubble” to refer to old age, we have learned at least one characteristic of old age.

Early on then, the philosophy of language recognized the knowledge-producing effect of metaphor, through Aristotle, who appears, though, never to have attempted to develop a full theory of that cognitive aspect of metaphor.

Types and Examples of Metaphor in Literature

Absolute Metaphor: This is a metaphor in which there is little connection between the metaphorical sense and the actual entity. This is mostly intended to confuse the readers.

Active metaphors are often used in poetry and eloquent speech to stimulate the reader or listener. The active metaphor is also known as a live metaphor.

Complex Metaphor: A complex metaphor is one that is used to identify with some other entity by layering over a simple metaphor.

Extended Metaphor: This is a metaphor in which there is one primary subject and several other secondary objects used for comparison.

Implicit Metaphor: As the name suggests, here the core context of the text is not explicitly stated as it is implied as self understandable.

Mixed Metaphor: Mixed metaphor is a collection of metaphors which may not necessarily align well with each other. Their usage is most of the time deliberate and spontaneous. Sometimes they add a comic punch to the statements.

Pataphor: Pataphors are extreme metaphors. They go way beyond in expressing a statement by using extensions of a simple metaphor.

Root Metaphor: These are tricky metaphors hidden within a language. They do not reveal explicitly as metaphors. At times these metaphors pave ways for other metaphors to spring from them. Root metaphors basically reflect the understanding of the individual about a particular situation.

Submerged Metaphor: This metaphor is an elaboration of a simple statement in an expressive way. When we are told about something, we always tend to imagine a bigger picture of it. So the metamorphic linking to the subject is expressed in a big way.

It was very interesting and useful for me to determine the difference between the types of metaphors and their functions in prose. So I have investigated the book “The Great Gatsby” by F.Scott Fitzgerald, which has 9 chapters. I have analysed all the chapters (the detailed analyses is in the Appendix).

Here you can see the analyses of chapter IV.

The most popular type of metaphor is Complex metaphor (21), but Active metaphors are not used at all.

Themetaphor is considered themetaphor as a part of phraseology. I have investigated types of metaphor and its usage in prose. I have examined and analysed using metaphors in the novel “The Great Gatsby” by F.Scott Fitzgeraldand found that metaphors can add ornamental flourish to language, give new meanings to word already in common use. In addition they can express our experience in rich and vivid language.