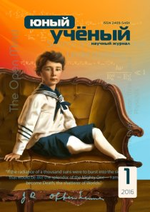 We all live in a digital era where it is inevitable to spend a day without electronic devices. There is a tendency among school teenagers use internet a lot both at school and home. This study is focused on how internet use influences teenagers’ academic achievement in Kazakhstan. School surveys were held to explore the issue at the site of Nazarbayev Intellectual School in Pavlodar city, Kazakhstan.

Statement of the problem

Modern teenagers of the 21-st century know everything about high technology that surrenders us, it is much easier for them to surf the internet to get information they want to know. Study in other countries, like Thailand, China, South Korea and others show that majority of young learners overuse internet and it leads to internet abuse and has an effect on teenagers’ academic achievement [1, 12 p; 2, 25 p; 3, 37 p]. Researchers have not investigated yet to what extent internet influences Kazakhstani schoolchildren. That is why there is a need of carrying out a research in this field to analyze the current situation in Kazakhstan and define whether the internet is a hindrance to teenagers’ academic achievement. By academic achievement or(academic) performanceis meant the outcome ofeducation — the extent to which a student, teacher or institution has achieved their educational goals. For the purpose of this research study, academic achievement refers to GPA (Grade Point Average) as it is essential to explore whether there is a correlation between internet use and teenagers’ average school GPA.

Being similar to their international peers, Kazakhstani teenagers like socializing and learning via internet and spend a lot of time using tablets or laptops. The recent study shows that there are 49.5 internet users for every 100 citizens; compared to only 15 users per 100 in 2008 [4, 31 p] and the increasing tendency of users can be observed among young learners. According to the data provided by Ministry of Education and Science of the Republic of Kazakhstan, 60 % of schoolchildren use internet and about 50 % of them stay online from 16 to 26 hours a week [5, 19 p]. There is a growing concern among parents, teachers and psychologists that our teenagers are influenced negatively by internet usage. It is vital to find out whether internet has an impact on Kazakhstani schoolchildren’s academic achievement and if the impact has a negative or positive trait.

The findings of the research will be beneficial for teenagers, their parents, psychologists and school staff.

Purpose of the study

This research study is guided by the following overarching question:

The sub-questions of the research are defined as following:

Hypothesis of the research

The research hypothesis is that there is a negative correlation between internet use and teenager’s academic achievement.

Many researchers have explored the issue of the influence of internet on teenagers’ academic achievement. Such research was carried out in many countries around the world, among which are the USA, the UK, Canada and some Asian countries like Singapore, South Korea, Thailand and Turkey. Different methods were chosen to address the issue and research findings reflect to what extent internet use might be a hindrance to teenagers’ academic performance in various parts of the world. It should be mentioned that researchers from different countries came to various conclusions and their findings to some extent contradict each other. While some researchers proved that internet use distracted teenagers from study at school [1, 22 p; 6, 28 p] others believed that internet use led to teenagers’ improvement in academic performance [2, 14 p; 8, 11 p].

The issue of internet addiction among adolescents was discussed in many papers [3, 21 p; 6, 14 p; 7, 29 p]. Internet addiction is described as an impulse control disorder that does not involve use of an intoxicating drug and is very similar to pathological gambling [10, 239 p]. There is an increasing anxiety about risks that internet may bring as youngsters spend a lot of time online. Such pastime negatively influences relationship with family and friends, causes academic problems, like low school presence, low grades and bad performance. Moreover, it leads to negative behavior, such as aggression isolation and depression [3, 22 p]. The solution can be found in parental control and guidance while teenagers use the internet [5, 16 p; 9, 12 p]. Since many parents feel concerned about an increasing involvement of their children in online activities, controlled parental guidance is sufficient and vital at this stage.

Some researchers admit that internet has also a positive impact on teenagers. Surveys prove that adolescents are taking advantage of a wide choice of online opportunities [8, 19 p]. The researchers found out that there is a correlation between teenagers’ family background and internet usage. They concluded that older and middle-class teenagers are using the internet to their advantage than are younger children from a working-class background [5, 22 p].

The internet use positively influences child and adolescent development [1, 24 p]. There is an evidence that computer games improve cognitive skills, such as spatial skills and iconic representation. Subrahmanyam et al. after some experiments found out that “computer game playing will only enhance a particular spatial skill if the game utilizes this skill”. However, the researchers mentioned that there is no actual proof on a connection between video game playing, attentional skills and progress in academic performance [1, 24 p].

Analyzing all the research dedicated to the influence of internet on academic achievement it can be concluded that the majority of teenagers in different countries overuse the internet and this negatively impacts their social life as well as academic performance. Many researchers are concerned about the increasing rate of internet usage by children aged 3 to 17 [1, 26 p; 6, 13 p; 7, 30 p].

There is an urgent need for carrying out such a research as this phenomenon of internet use and its influence on teenagers’ academic achievement has not been investigated yet in Kazakhstani schools. It is not scientifically proven that internet use has a positive or negative influence on teenagers’ academic achievement. What is obvious is that many adolescents in Kazakhstan enjoy surfing the internet and to explore the research it should be observed how much time Kazakhstani teenagers spend online on average. It is also of great interest to define the main reasons of using internet by teenagers and whether internet use has a positive or a negative impact on teenagers’ academic achievement. To answer all the research questions, teenagers will participate in school surveys with the permission of school administration and parents of children. The close-ended questionnaires will provide with the data for further analysis and interpretation. Finally, all the data findings will be embedded and concluded. The collected data will contribute to further research on the issue of internet use and its impact on academic achievement. School surveys with close-ended questions were designed for students in 8–9 grades at NIS Pavlodar. The total number of participants was 100 students aged 13–14.

Findings of the research

To address the research questions I interviewed 100 students and after carrying out the research I came to some conclusions:

Our research aimed to identify whether there is a correlation between internet use and average GPA of NIS students. After interviewing the students, we analyzed GPA of the participants and concluded that there is no correlation between how often teenagers use the internet and how well they study at school. It was stated clearly from the comparative analysis that those students who have a high GPA at school use internet in a different frequency: some of them spend more than 8 hours whereas others spend less than 3 hours online.