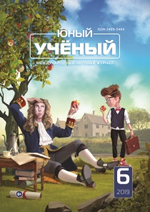 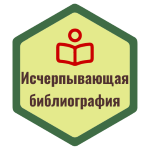 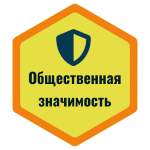 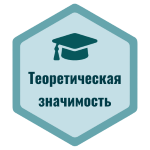 Being unique on a global scale in its own way, the Baltic Sea ecosystem is very sensitive to all types of economic activity. It should be noted that, in general, marine ecosystems very often suffer from various types and forms of pollution and intensive fishing by industrial methods.

Sharing maps and the information potential of satellite imagery in the framework of a targeted concept (that takes into account the specifics of a dynamic aquatic environment and advances in ocean ecology) can provide a diversified study of the characteristics of aquatic systems. Such a study is necessary to assess the ecological status of water areas [2, p. 3].

Already at the beginning of the XIX century, the Baltic Sea ecosystem began to undergo certain changes caused by human activities. The most notable of these was “eutrophication, a condition characterized by: (a) decreasing water transparency due to plankton formation; (b) formation of excess organic compounds; (c) increased oxygen consumption; (d) the death of bottom-layer organisms, including fish, etc. Some environmentalists argue that eutrophication has gone so far that a return to the reference quality levels of the marine ecosystem is hardly possible. These reference levels of the marine ecosystem quality existed until the 1950s” [1, p. 99].

The state of the Baltic ecosystem has become one of the factors living conditions of coastal countries. For example, in Sweden, as early as the 1960s, reasonable concerns about the scale of eutrophication began to manifest themselves. It was when a decrease in oxygen in the depths of the Baltic was recorded, which was a danger to various fish populations. One of the sections of the environmental protection program adopted by the Swedish parliament was called “Enough Eutrophication” [1, p. 106].

At the same time, the state of the ecosystem is determined not only by the complex of considered hydrochemical elements, but it heavily depends on the nature of their interaction and its consequences. Therefore, when assessing the ecological status of water areas, the use of the principle of bioindication is more reliable, since the state of living organisms inhabiting the aquatic environment is a sensitive reflection (indicator) of its ecological well-being [2, p. 9].

In 1923–1933, E. M. Kreps conducted the first comparative ecological and physiological studies of aquatic animals at the Murmansk Biological Station [3]. Subsequently, they were continued at the Murmansk Marine Biological Institute. And since 1984, after organizing a laboratory of marine mammals, these studies have also been carried out on cetaceans and pinnipeds [4].

The statistical results convincingly testify to the progressive degradation of the valuable species of pinnipeds due to hunting, along with the deteriorating fish resources. Atlantic walruses, harp and Caspian seals suffered the most. The uncontrolled fishing of the Atlantic walrus has led to a reduction in its numbers from many hundreds of thousands to the several tens of thousands. Since 1974, the Atlantic walrus has been listed in the Red Book. By the end of the XX century, gray and spotted seals, as well as a number of other pinnipeds, are among the rare and specially protected species. Poor habitat conditions and the lack of proper protection measures put marine mammals on the brink of extinction [5].

For example, a comparison of the obtained data with long-term observations of marine mammals in the Barents Sea suggests a significant decrease in their species diversity and abundance [6].

The geographical location of the Baltic Sea, shallow water, low salinity of sea water, and difficult water exchange with the North Sea are the main factors playing an important role in shaping the natural features of the Baltic Sea. These factors determine not only its extremely low ability to self-purification (the period of full water replacement is estimated at 30 years) [7], but also high sensitivity to anthropogenic influences from industrial and agricultural regions [8].

In the middle of the XX century, geographers began to think about the acceptability of an integrated landscape approach for studying the nature of the World Ocean (B. V. Preobrazhensky, 1982 [10]). N. A. Solntsev wrote about the incorrect use of the term “landscape” in relation to natural aquatic complexes, “... because the “land” is after all the land, not water” [11].

Monitoring, identifying, and eliminating possible human-made disasters is impossible without developing innovative technologies in the field of geoinformatics and organizing geographic information systems (GIS). Such systems allow for a comprehensive analysis of the state of water, which includes operational monitoring of currents, waves, changes in the morphological structure of the coastal zone, water quality and pollution transport, as well as the ability to detect anthropogenic disasters [12].

So, the geo-account of ecological systems of water areas is being developed in the process of implementing a number of projects: the operational practice of the Federal State Budgetary Institution “Planeta” Space Hydrometeorology Research Center (“Planeta” Research Center), during the implementation of the project “Space Monitoring of the Water Pollution in the Azov-Black Sea Basin.”

And in the last 10–15 years, all developed maritime powers have switched to the system of integrated management of marine activities within large marine ecosystems (LME — Large Marine Ecosystem), taking into account the ecosystem approach (EBM — Ecosystem-based Management). One of the tools for implementing the ecosystem approach is the “Marine (Maritime) Spatial Planning” (MSP) [13].

Thus, the marine mammals, and pinnipeds in particular, are one of the most difficult to study in the natural habitats of groups of vertebrate animals. A significant part of the life cycle of pinnipeds passes under water, ice or snow, and it is hidden from the observers. The processes of accounting for the number of animals and obtaining information about their distribution within the range are particularly difficult. Aviation research methods traditionally used when working with marine mammals are expensive and potentially dangerous. The modern unmanned aerial vehicles can not only reduce the cost and protect the process of shooting animals from the air, but also are able to lift into the air a whole range of imaging equipment that provides high-quality detailed data about the objects under study [14].

What can everyone do to save the rare species of marine mammals, such as the seals? First of all, one needs to be able to behave environmentally competently when meeting with them.

How one should not behave when meeting with a seal:

How one can and should behave when meeting with a seal:

Currently, actual tasks for the conservation of marine bioresources can be defined as follows. First of all, it is necessary to restore the marine monitoring system in order to reduce the degree of uncertainty in the development of ecosystem forecasts and decision-making, taking into account a great number international best practices.