The Mystery of Mark Twain as Samuel Clemens’s Pen Name 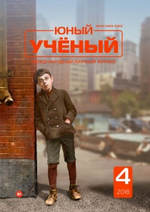 There are many books written by Mark Twain for children. They are «The Prinсe and the pauper», «The adventures of Tom Sawyer», «The Adventures of Huckleberry Finn», and «Tom Sawyer Abroad», «Tom Sawyer the Detective» and others.

Mark Twain was born in 1835 and lived in the state of Missouri and began to work at age of 12. He was a sailor and became famous in 1865. Mark Twain was fond of collecting things which nobody had.

In the introduction to «The Prinсe and the Pauper» there is the information that Mark Twain’s real name is Samuel Clemens.

T. Mohova in the article “Some information about Mark Twain’s journalism” says that Mark Twain took this pen name for the first time in 1863.

So, the purpose of the research: to study the origin of Mark Twain as Samuel Clemens’s pen name and to find out the information about all his pen names.

The tasks of the research are:

According to the information from «The official web site of Mark Twain» Mark Twain is a famous American writer and a journalist, one of the most important figures in American literature. He was not only a great writer but also a famous humorist. His real name is Samuel Langhorne Clemens [7]. His father John Marshall Clemens was a lawyer, later a justice and for several years kept a shop. He died when Samuel was only 12 years old [2]. So, Samuel went to work at the age of 12. For two years he worked for his elder brother's small newspaper both as a printer and reporter. In 1857 he became a river pilot on the Mississippi. Samuel Clemens had two brothers: They are Orion, the eldest brother, and Genry, the youngest one [8].

They had four children, Olivia Susan, Clara, Jean and Lengdon. Mark Twain started his literary career rather late. He worked as a journalist in newspapers in Nevada and California during the years of the Civil War (1861–1865). Twain wrote his first popular story in 1865. It was called “The Celebrated Jumping Frog of Calaveras County”. In 1876 Mark Twain wrote “The Adventures of Tom Sawyer” which brought him world fame [2]. In 1885 he wrote “Adventures of Huckleberry Finn”.

A series of sketches, “The Snodgrass Letters,” signed with the pen name Thomas Jefferson Snodgrass, were published in the Keokuk Post in 1856 and 1857.

Samuel Clemens also used the pen name “Josh”. “Josh” meant “to joke” or “to kid.” He signed humorous and imaginative stories as «Josh» until 1863. Sadly, no «Josh» articles are known to survive today.

Additionally in 1896 he signed his «Personal Recollections of Joan Arc» as Sieur Louis de Conte [6]. It is Twain's last completed novel, published when he was 61 years old. Originally, the novel was published as a serialization in Harper's Magazine beginning in April 1895. Twain, aware of his reputation as a comic, asked that each installment appear anonymously so that readers will treat the piece seriously. Regardless, his authorship soon became known, and the book edition published by Harper and Brothers in May 1896 credited Mark Twain. According to the site «Wikipedia» Samuel Clemens said that his first pen name came from his years working on Mississippi river boats.

Twain is an archaic term for the word «two». The boatman’s cry was «mark twain» or, more fully, «by the mark twain», meaning «according to the mark on the line the depth is two fathoms, that is safe to pass» [2].

Mariya Bessmertnaya in her article “The truth of Mark Twain’s pen name is revealed” on the site Kommersant.ru/doc writes that Artemus Ward published his comic story «The North Star» in 1861. It was about three sailors and the name one of them was Mark Twain. And Samuel Clemens could take the main character’s name of this comic story as a pen name [4].

According to the tasks of the research to interview the 5 «A» pupils about Mark Twain’s (Samuel Clemens’s) books and his pen names there was carried out the questionnaire survey. 27 pupils (10 boys and 17 girls) took part in the survey.

The research leads to the following conclusion: