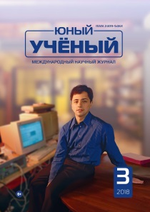 Circadian rhythms have evolved since the very beginning of life to stay synchronized with the rotation of Earth and the rising and setting of the sun. Observations that organisms adapt their physiology and behavior to the time of the day by having internal clocks have been predicted since a long time ago, but scientists did not understand what made them “tick”. Finally, recent significant breakthrough made by Jeffrey C. Hall, Michael Rosbash and Michael W. Young for their discoveries of molecular mechanisms that control circadian rhythms have proved the theory of biological clocks and received the 2017 Nobel Prize in Physiology or Medicine, according to the Nobel committee’s citation. The award of the Nobel prize for research on the body’s clock could hardly be more relevant in the age of artificial light, fast-food binges at midnight, shift work, early class schedules, international travel which disrupts our sleep. As a result, a risk for chronic diseases such as high blood pressure, diabetes, depression, and even cancer remain increasing. That is why making sure all our internal clocks run in sync with one another is being the biggest challenge.

I had collected useful data from secondary sources. Further research is primary and based on quantitative method. For quantitative research I will use online surveys to ask more than 50 people through “Google forms”. I have purposeful sampling — my aim is to find out information from adolescents age of 12 to 22 and target location is Pavlodar. To know how severe problem amongst teenagers we should know quantity of people suffering from sleep disturbances, level of readiness of students to adjust circadian rhythms, how they grade their healthy lifestyle and etc.

How severe is effect of CR on sleeping disruptions?

We have the same 24-hour CR as our ancestors in our DNA. Because more than a dozen genes are involved in the CR it is hard to change the way it works without implications. Unfortunately, adolescents who forced to follow early school schedule, late homework, sometimes work are highly susceptible to sleep delaying because of CR.

With quantitative data I identified a level of severity. As a result, I came to the conclusion that neglecting CR leads to severe consequences on the health: Personalized medicine is a move away from a 'one size fits all' approach to the treatment and preventing diseases. In this research I want to introduce circadian rhythms’ approaches. Main point is taking into an account that every person has different rhythms.

As we know rich nutrition food is unavailable to most people, but researchers applied knowledge about CR and revealed promising solutions such as time-restricted feeding. ”TRF is a form of fasting that limits eating to a certain number of hours each day” (Grant Tinsley, 2017). I mean sleep is coincide with fasting period, so fasting only in particular time that fits only you maintains metabolic pathways. In the journal Cell Metabolism was published one study where researchers did an experiment where they put rats on a TRF and didn’t reduce calories. Surprisingly, this still helped to prevent metabolic disease (M. Hatori, 2012).Experiments on rats demanded proofs on humans. Dr S. Panda in 2015, using a free research app created called ‘My Circadian Clock’, which followed 156 people. As said S. Panda,(2015), “When overweight individuals with >14 hr. eating duration ate for only 10–11 hr daily for 16 weeks assisted, they reduced body weight, reported being energetic, and improved sleep.” (abstract section para.1) Nowadays TRF diet is very popular around the globe. Therefore, Teenagers must be informed about consequences of not following time of meal. Secondly, parents and school obligated to provide food in a regular basis.

In a 2013, Wright and his colleagues reported that “Exposure to the natural light-dark cycle may help to obtain a desired earlier timing of the CR and sleep for patients with delayed sleep phase”. In research eight participants’ melatonin onset and wake time were observed whole week after daily routine (school, work) and after one day of camping. 1 day was enough to recover from insomnia or circadian disruption. Dedicate half a day to camping and you will reset your clocks. If you haven’t got chance to visit camp Wright suggests exclude gadgets from your bedroom.

Almost every teen possesses mobile phone with blue light. According to researchers from University of Haifa (2017) blue light badly interfere with sleep. Researchers found blue light prevented body temperature from dropping during the night. As a result, it shortened sleep time, suppressed melatonin, increased the frequency of nighttime awakenings (6.7 to 7.6 times) and worsened sleep quality. My significant advice is we can upload switch from blue to red light on any platform such as IOS, Android to transit the screen's hue as the sun sets.

Also I was interested in ways adolescents treat their regime. In the survey, people coped up with sleep problems in various ways. I found out that compensating sleep loss at following days and napping at break times shares same 32, 7 %. Next choices are drinking coffee, walking outside at fresh air and doing athletic exercise. Walking at fresh air is similar to the suggestion of scientists who offered to go camping to adjust rhythms. I was fascinated that many people struggle with that issue in their own way because it worth it, do not neglect state when you are exposed to sleep problems because it has complex mechanism called “circadian clock” affecting our physiology. Neglecting CR leads to severe consequences. There is tendency to make situation even worse when almost half respondents have “night owl” chronotype (school system focused on morning people) and lifestyle choice also contributes to that-I mean 30 % do not follow regime and it is not coincident that bad effects mentioned above happen.

As a solution 1)Teenagers must be informed about consequences of not following time of meal, parents and school obligated to provide food in a regular basis.2)They should dedicate half a day to camping to reset circadian rhythms. 3) They can upload switch from blue to red light on any platform such as IOS, Android to transit the screen's hue as the sun sets.

Now we learned how to treat ailments from a circadian perspective and personalized medicine. Sensing out your own circadian profile will be further step to personalized treatment which perfectly suits to you.From research we understood the main conclusion was “do not contradict to your circadian rhythms otherwise consequences will be severe.

Scarcely anybody knows about semiotics though we live mingled with semiotical elements in everyday life. Semiotics is the science of symbols in short. It came into existance with the contrubition of...

Scarcely anybody knows about semiotics though we live mingled with semiotical elements in everyday life. Semiotics is the science of symbols in short. It came into existance with the contrubition of...