Protection of foreign investors in terms of nationalization in Indonesia and its practice in Indonesia in terms of the Law No. 25 of 2007 concerning Investments | Статья в журнале «Новый юридический вестник» 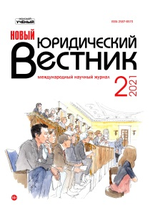 The legal protection of foreign investors

In terms of Indonesia's main and highest law, namely the 1945 Constitution of the Republic of Indonesia, there is a constitutional mandate that is listed in the fourth paragraph of the Preambule, and Article 33 Paragraph (2). In summary, the 1945 Constitution mandates that everything related to the production sector are important for the state and vital for livelihood of the people at large shall be controlled by the state. The land, and waters and natural wealth contained in it shall be controlled by the state and utilized for the optimal welfare of the people.

In case if the investment is a joint venture between domestic and foreign investors, then under Article 5 Paragraph (3), it shall in the form of a limited liability company. They also shall subscribe for shares at the time the limited liability company is establish, purchase shares, and take another method in accordance with provisions of laws and regulations.

To attract more foreign investors to invest in Indonesia, Indonesia guarantee the treatments for foreign investors under article 3 and 6 of the Law No. 25 of 2007 concerning Investments. Under Article 3 Paragraph (1) of the Law, it says that investments shall be conducted based of the principle of legal certainty, transparency, accountability, equitable and non-discriminatory treatment against country of foreign, togetherness, efficiency in justice, sustainability, accentuating the environmental protection and conservation, independence, and balanced advancement and national economic unity. Meanwhile, under Article 6 of the Law, is stated that the Government shall accord equitable treatment to all investors of any countries that carry out investment activities in Indonesia in accordance with provisions of laws and regulations. But this treatment shall not apply to investors of a country that has acquired privileges by virtue of a treaty with Indonesia. “Privilege” is, inter alia, a privilege related to customs units, free trade zones, common markets, monetary units, institutions of a similar kind, and bilateral, regional, or multilateral agreements between the Government of Indonesia and the government of a foreign country concerning particular privileges in the conduct of investments.

Meanwhile, under article 34 of the Law No. 25 of 2007 concerning Investments, business entities or individuals as intended by Article 5 in this Law that fail to fulfill obligations as provided for by Article 15 may be imposed administrative sanctions in the form of a written warning, a restriction of the business activity, freeing or even closure of the business activity or investment facilities. Further, Under Article 33 of the Law No. 25 of 2007 concerning Investments, domestic investors and foreign investors who make investments in the form of a limited liability company are prohibited from entering into an agreement or making a statement asserting that share ownership in a limited liability company is for and in the name of another person. If they enter into that agreement, then by the law of Indonesia, such an agreement or statement is declared to be void. The purpose of this rule is to prevent a situation where a company is formally owned by a person, but in actually or in substance of the owner of the company is someone else.

Indonesia governs about dispute settlement under Article 32 of the Law No. 25 of 2007 concerning Investments Where an investment disputes arises between the Indonesia Government and an investor. The first step is, such parties shall first settle the dispute through deliberation to reach a consensus. Where a dispute settlement through deliberations fails, such a dispute settlement may be made through arbitration or alternative dispute resolution or a court of law in accordance with provisions of laws and regulations. Where an investment dispute arises between the Indonesia Government and a foreign investor, then such parties shall settle the dispute through international arbitration that must be agreed on by the parties.

The legal protection of foreign investors in the terms of nationalization

Nationalization is defined as the transfer of ownership from private property to the state which is driven by economic motives and profits, no longer for individual interests, but for the benefit of society and its exploitation continues, meaning that the state has the opportunity to control trade. In short, it means the process of a government taking control of a foreign business or industry in the territory of the host state.

However, nationalization or expropriation is ruled under article 7 of the Law No. 25 of 2007 concerning Investments. It says in the Paragraph (1) that the government shall take no measures of nationalization or expropriation against the proprietary rights of investors, unless provided by law. In the Paragraph (3), it says where the government takes measures of nationalization or expropriation, then the government shall pay compensation the amount of which shall be established by market value. The definition of market value is value that is established in accordance with the internationally-accepted methods adopted by an independent appraiser named by the parties. However, Paragraph 3 also made it clear that if both parties fail to reach an agreement of compensation or damages, the settlement shall be made through arbitration.

In the world of international law, UN General Assembly Resolution 3281 of 1974 concerning the Charter of Economic Rights and Duties of States recognizes the right of every country to freely exercise its sovereignty, including in the ownership and use of natural resources in its economic activities. Under the Article 2 Paragraph (c) states that, “each state has the right to nationalize, expropriate or transfer ownership of foreign property, in which case appropriate compensation should be paid by the State adopting such measures, taking into account its relevant laws and regulations and all circumstances that the State considers pertinent.”

This is in line with the state constitution which mandates government intervention in sectors that control the lives of many people, indicating that Indonesia is actually a country that adheres to the concept of welfare. Government intervention can be in the form of established laws and policies whose orientation is the welfare of the people at large. The constitutional mandate, coupled with the condition of the abundant natural wealth, as well as the increasingly quality Indonesian Human Resources are the basis for the Government to be able to take nationalization actions against foreign investors. Of course, there are processes and procedures that must be followed when the Government intends to conduct the Nationalization of Foreign Investors.

From the point of view of international law, a country can nationalize due to five reasons, namely to maintain the country's sovereignty, for the public purpose, the existence of force majeure, the existence of state action that is necessity and public order.

Apart from state sovereignty, a country can conduct nationalization on the basis of the public purpose. The intended purposes are the economic purposes of the Indonesian state, while the “public” context refers to citizens of Indonesia. With regard to public purpose, the Government of the country must first review the data as a whole before proposing nationalization. Thus, the opportunity to carry out nationalization will be greater without having to get resistance or dispute from these foreign investors.

The state of force majeure is used by the host state which is unable to prevent violations of international law that result in loss of foreign parties. However, the violation occurs outside of calculation and the will by the Host state. Conditions like this can prevent the state from being held accountable for losses incurred by foreign parties. In nationalization, force majeure can also be understood as a real condition that exists from the reality of economic life that develops in a society where nationalization is expected to restore economic conditions or become even better.

In international law, the actions of a country to nationalization or expropriation can also be motivated by the necessity of state. These actions are generally carried out because they are forced, they have no other choice but to nationalize to reduce the losses that will arise.

Public order can also be used as an excuse for the state to nationalize. Basically, public order is usually used for matters of enforcing decisions of an international arbitration institution, and also as an act of an investment agreement that is contrary to the laws of that country. This conflict can be categorized as disturbing public order, and the agreement can be null and void, so that investments made by foreign investors need to be nationalized by the Indonesian government.

The Practice of Nationalization in Indonesia

Strictly speaking, this law takes over the Dutch company that was established when the Dutch colonized Indonesia, and strengthens the security and defense of the country which at that time was in confrontation with the Kingdom of the Netherlands in order to liberate West Papua (at that time the name was Irian Barat). Several companies that were important to society and considered controlling the economic life of the Indonesian people were nationalized by the Government of Indonesia. Pharmaceutical, plantation, electricity and mining companies changed ownership to Indonesian property. In fact, several companies became the embryo of the establishment of state-owned enterprises, such as the State Electricity Company (called as PLN), also an Indonesian airline called Garuda Airlines. However, nationalization in this era made the economy chaotic. This was due to the corrupt behavior of officials at that time, so that it ended with a great economic crisis and inflation reaching 600 %.

To implement this law, Indonesia then issued a number of Government Regulations. Nationalization was also imposed on American and British companies, which was carried out during Indonesia's confrontation with Malaysia in around 1962. The Indonesian government at that time considered the American and British governments to be the countries that provided the main support for the formation of the Malaysian state. Indonesia views this politics as a form of neo-colonialism and neo-imperialism. As a form of resistance and disagreement with these politics, Indonesia has nationalized foreign investment companies from the two countries.

In the nationalization process of PT Inalum, Indonesia experienced problems, namely related to the difference in book value between Indonesia and Japan. According to Nippon Asahan Aluminum Co., Ltd., (NAA) Inalum's book value as of March 2013 reached US $ 626.1 million. This figure includes the value of assets, investment, power plants and smelters. However, according to the Indonesian government, based on a final audit by the Financial and Development Supervisory Agency (in Indonesia called as Badan Pengawasan Keuangan dan Pembangunan or BPKB) PT Inalum's book value was only US $ 424 million. To resolve this problem, the two parties held several meetings and finally agreed on a figure to nationalize PT Inalum of US $ 5567.7 million.

The process of taking over PT Inalum's shares by Indonesia took 10 days, and was completed on 19 December 2013. After being nationalized by the Indonesian government, the management of PT Inalum is under the ministry of state-owned enterprises. There were several reasons that encouraged Indonesia to nationalize PT Inalum. Most importantly, the aluminum industry has good prospects for the welfare of the Indonesian people. Estimated growth in demand for aluminum in the domestic market will increase significantly during the 2010–2030 period to more than triple. PT Inalum is the only industry that produces aluminum ingots in the country. In addition, the nationalization of PT Inalum is expected to help meet the domestic demand for aluminum raw materials because before the nationalization, 70 % of Inalum's production supply was sent to Japan. The Indonesian government's move to nationalize PT Inalum was very well appreciated by the Indonesian people.