On the Authorship of Majmaʽ al-fatāwā 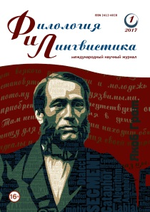 Aḥmad b. Muḥammad b. Abī Bakr is one of the Transoxanian Hanafite authors, whose written legacy is still unstudied[1]. Carl Brockelmann mentions three books written by this author [GAL 1: 461, SB 1: 639][2]:

‒ Majmaʽ al-fatāwā, which is the subject of this study[3].

‒ Khizānat al-fatāwā. The book is said to have be an abridged form of the MF[4].

‒ al-Lubāb fi nuṣrat al-āl wa-l-aṣḥāb (The core in support of the Prophet’s house and companions). Its only preserved manuscript is kept at Cairo II, 5/314.

MF has come down to us in many copies worldwide[5]:

5. The Cyril and Methodius National Library MS OR 979 (Sofia, Bulgaria)[9]. There are six blank folios in the end of the volume which attest that the copyist could not finish his copying the work. The volume ends with ammā aṣ-ṣaghīr alladhī (fol. 291r) in the al-ḥaẓr wa-l-ibāḥa chapter.

6. The Cyril and Methodius National Library MS OR 1141 (Sofia, Bulgaria), copied in 842/1438. This is an abridged version of the MF. The copyist made frequently use of the original text freely, and did not explain his method of abridgement.

While affirming the authorship of Aḥmad b. Muḥammad b. Abī Bakr, it seems prudent to call attention to some problematic matters. The main problem is to identify the personality of the author. Textual analyses of the text showed that the author is a son of ʽAbd ar-Raḥīm Abu-l-Fatḥ Jalāl ad-dīn Muḥammad al-Marghinānī (died after 651/1253) (fol. 297r) [JM 3: 277, 4: 74], an author of the famous work al-Fuṣūl al-ʽimādīya [KZ 2: 1270–1]. ʽAbd ar-Raḥīm al-Marghinānī comes from the family of Burhān ad-dīn al-Marghinānī (d. 593/1197), author of al-Hidāya.

Like most traditional Hanafite works, MF begins with kitāb aṭ-ṭahārah, kitāb aṣ-ṣalāh, and ends with kitāb al-farā’iḍ. More significance for historical research have chapters on “Everyday Life” (siyar) and “Prohibitions and Permission” (al-ḥaẓr wa-l-ibāḥa). These two chapters contain a lot of fatwas issued by hitherto unstudied 6th-7th/12th-13th century Hanafite jurists. They were authoritative figures of their time, but most of their works are lost. For some reasons these jurists were not included in the Ṭabaqāt al-ḥanafīya literature, and were forgotten by the next generation of Hanafites. Bearing this in mind, raising MF into the scientific debate will help us to assess Transoxanian Islamic legal literature more precisely.

Thus, owing to the MF we now know that the 10th century Maturidite jurist ar-Rustufaghnī issued fatwas on etiquette of going to public bath house, and what to preach in gatherings (fol. 294v).

MF proves the common view among the historians of Islamic law that most legal disputes usually arose between the jurists of Bukhara and Balkh (Princeton MS fol. 22v). For instance, two rather big groups of Hanafite jurisprudents disputed over the permissiveness of ritual ablution (wuḍūʽ) in a water reservoir (ḥawḍ). The Balkh jurists, including Abū Sahl of Bukhara took the view that such a reservoir was impure (ghayr ṭāhir) while the majority of Bukharans were of the opinion that the water of such a reservoir was fit for ablution (fol. 289v).

Abū Bakr al-‘Iyāḍī is the next Maturidite theologian and jurisprudent cited in the book (fol. 4v). Proceeding with Maturidism, it is appropriate to mention aṣ-Ṣaffār al-Bukhārī (d. 534/1139)[10]. Aṣ-Ṣaffār’s influence on our author Aḥmad was very strong. In the al-ḥaẓr wa-l-ibāḥa chapter, Aḥmad extensively refers to aṣ-Ṣaffār and agrees with him on all theological questions. One of the main topics was the refutation of the exception formula by Shāfiʽites/ahl al-ḥadīth. In order to support his Hanafite view Aḥmad cites a report (riwāya) from Ibn ʽUmar (r.‘a) where the latter didn’t accept the animal sacrifice from a Muslim who did exception in faith (man yastathnī fī īmānihi). This report was quoted from Kashf al-āthār fī manāqib Abī Ḥanīfa, written by Bukharan ‘Abdullāh as-Subadhmūnī (d. 340/952) [JM 2: 344–5].

Different theological movements merged in the 6th/12th century, and the Orthodox Sunni scholars constantly refuted them in their works. Aḥmad al-Marghinānī thoroughly discussed the refuted groups in his work. The major ones of them are the najjārīya, the mujassima, the qadarīya, the mujabbira, the rawāfiḍ, the followers of Maʽmar, and the karrāmīya. Comparison of texts shows that Aḥmad al-Marghinānī copied this fragment (folios 286v.9–287r.12) word-by-word from Talkhīṣ al-adilla of aṣ-Ṣaffār al-Bukhārī.

As to aṣ-Ṣaffār again, MF might be the only source where we can read a passage from his Farsi-language Ṣakk al-janna (fol. 293r.18ff)[11]: “He should do the convention so and so….and if he says that you should not order to put him after death in the grave somewhere and in the same clothing, because whatever is found in the meanwhile reaches him, they should put it on the forehead under the turban or in something like a sheath (and leave it with him). And it is not surprising if the Almighty God blesses him and keeps him safe from the pain of the grave”[12].

MF conveys us information on which local customs were in use in Mawarā an-nahr, too. For example, the local people got accustomed to burn candles on the graves in the first mourning nights (fol. 290r)[13].

Each fatwa in the MF was issued on a specific and essential problem, and therefore reflects social-political conditions of that time. One of the main legal discussions in Central Asia was whether the local lands under the Mongols were still “Islamic” (dār al-islām) or whether they had been turned into “The Lands of Unbelief’ (dār al-ḥarb). The author opined that Central Asia is still “Islamic”:

The misfortune took place in our time by the occupation of the Islamic states by the non-Muslims. [In these states] the nature of the legal rules [to be applied] must be investigated.

The lands under their control are undoubtedly Islamic states, not dār al-ḥarb, because they [the Mongols] did not introduce non-Islamic laws [ḥukm al-kufr] there, and the judges are Muslims. Any of them who says ‘I am a Muslim’ or testifies the Islamic doctrinal formula must be accepted as Muslim.

Any Muslim who agrees with them is a sinner, but he is neither an apostate nor an unbeliever. Calling those people apostates is a great sin because it pushes them away from Islam, decreases the number of Muslims (al-sawād) and helps the non-Muslims. This is proofed by the fact that the law-giver implemented Islamic rules for hypocrites even though the revelation was clear about their hypocrisy.

The rulers [mulūk] who obeyed them of necessity are Muslims. They remain Muslims, but sinful ones even if they obeyed without necessity. And any region [miṣr] which has a Muslim ruler appointed by them is allowed to set up Friday and Holiday Prayers, to collect land tax (kharaj), to appoint judges, to marry single orphans so that a Muslim can govern the region... [14].

In this fatwā, we see references to two foreign ethnographical elements, namely to paiza (tablet of authority of the Mongols) and sarāghuj (Iranian women’s headdress).

The early Mongol period of Central Asia has brought up many eminent Hanafite jurists. Majmaʽ al-fatāwā shows that Aḥmad b. Muḥammad b. Abī Bakr al-Marghinānī, too, played an important role in the development of Hanafite legal thought. In the neighbouring Khwarazm, an influential Muslim state by 1219, a great center of fiqh teaching was working out. One of the leading figures of Khwarezmian fiqh school was qāḍī Fakhr ad-dīn Badīʽ b. Abī Manṣūr al-ʽIrāqī al-Qūbaznī [JM 4: 363; KZ 2: 1886], whose Munyat al-fuqahā’ is considered to be lost. Our Majma‘ al-fatāwā contains a few quotations from Munyat al-fuqaha’ [Princeton MS fol. 23r] and al-Qubaznī, who is called Qāḍī Badīʽ [GAL SB 1: 636][15].

The results of the research stated before show that Aḥmad b. Muḥammad b. Abī Bakr al-Marghinānī is an outstanding representative of Transoxanian Hanafite school. He was familiar with the peculiarities of fiqh teaching centers in Bukhara, Samarqand, Balkh and Khwarazm. Further studies on the author’s scientific milieu as well as on his works will help to shed more light on the history of post-Mongol Hanafism.

Abū ‘Abd ar-Raḥmān is said to have been among the pupils of Māturīdī, and taught a famous theologian: al-Ḥakīm as-Samarqandī [d. 342/953]. Sometimes he is called Abū ʻIṣma b. Abi-l-Laith al-Bukhārī.

Abū Ḥafṣ al-Kabīr (fol. 4r) (d. 217/832) [FB 18–9] is one of the most frequently-cited jurists in Hanafite legal works. He is said to have produced own works on fiqh and theology, but none of them have been found so far. Abū Ḥafṣ al-kabīr studied fiqh with Muḥammad ash-Shaybānī.

According to his nickname aḍ-ḍarīr we can assume that he was blind. About fifty thousand people are said to have gathered for his funeral.

al-Jubbā’ī, Abū Hāshim (fol. 45v) (d. 321/933), is a famous Muʻtazilite theologian. He is the founder of the Bahshamīya sect which is considered to be influential in Khwarazm.

ash-Shaʽbī’s (fol. 294v) full name was Abū Jaʻfar Muḥammad b. ʻAmr al-Ustrūshanī (d. 404/1012) [JM 3: 294]. His Kifāya is sometimes called al-Majālis fī furūʻ al-ḥanafīya. Ash-Shaʻbī is one of a few Hanafite scholars who was honored by being appointed as judge in both Samarqand and Bukhara.

Fatāwā al-Baqqālī (fol. 72r) is one of the frequently cited sources in Eastern Hanafite literature. It is written by the Khwarezmian jurisprudent Baqqālī (see above).

al-Fatāwā as-samarqandīya (fol. 74r). It is unclear whether this is an independent work or is oral reference to legal opinions of the scholars of Samarqand.

[1] This research was possible thanks to support from the German Academic Exchange Service (DAAD, Freiburg University) and the Center for Advanced Study Sofia (Gerda Henkel Program).

[2] Brockelmann gives 522/1128 as date of his death. The work, however, containsquotations from works of the late 7th/13th century jurists.

[4] On general description of Khizānat al-fatāwā see: Sobranije vostocnih rukopisej (Tashkent, 1957), 4: 192-3. In the introductory part of the KhF Aḥmad said that “he has compiled the book on his friends’ request who wanted him to abridge the earlier Majmaʽ al-fatāwā”. I assume that by abridgment (ikhtiṣār) the author meant omission of the references.

Aḥmad also indicated that KhF was written “at the time when the ordinary people and the aristocracy confronted each other (fī waqtin waqaʽat al-fitna bayn al-khawāṣṣ wa-l-ʽawāmm). The Tashkent cataloger’s claim that KhF’s copies lack in West European libraries is not more valid.

[6] Digitized and accessible at http://pudl.princeton.edu/objects/ww72bf13w#page/1/mode/1up

285r) is an abridgement of al-Fatāwā al-kubrā [GAL 1: 475] (see above). [1] This research was possible thanks to support from the German Academic Exchange Service (DAAD, Freiburg University)...

285r) is an abridgement of al-Fatāwā al-kubrā [GAL 1: 475] (see above). [1] This research was possible thanks to support from the German Academic Exchange Service (DAAD, Freiburg University)...