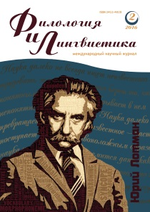 American humorrefers collectively to the conventions and common threads that tie togetherhumorin the United States. It is often defined in comparison to the humor of another country — for example, how it is different fromBritish humorandCanadian humor. It is, however, difficult to say what makes a particular type or subject of humor particularly American. Humor usually concerns aspects of Americanculture, and depends on the historical and current development of the country's culture. The extent to which an individual will personally find something humorous obviously depends on a host of absolute and relative variables, including, but not limited togeographical location,culture, maturity, level ofeducation, and context. People of different countries will therefore find different situations funny. Just as American culture has many aspects which differ from other nations,these cultural differences may be a barrier to how humor translates to other countries.

American humor might also be distinguished by its most common type of humor, for example, more slapstick and physical comedy. There is less emphasis on understatement, and so the humor tends to be more open, rather than satirizing the social system through exaggeration.

American humor prefers more observational techniques. However, the style of observational humor (while not exclusively American) is very much a staple of the American style of humor since it seeks to point out the aspects of American culture and social discourse which are obvious while at the same time highlighting their ridiculousness.

The United States has many diverse groups from which to draw on for humorous material. The strongest of these influences, during the 20th century at least, has been the influx ofJewishcomedians and their correspondingJewish humor, including some of the most influential:The Three Stooges,The Marx Brothers,Lenny Bruce,Rodney Dangerfield, Jackie Mason,Woody Allen,Mel Brooks,Larry David,Jerry Seinfeld,Jon Stewart, andLewis Black, just to name a few. In the latter half of the 20th century, comedy from the United States saw its African-American comedians come to the forefront. With exposure stemming from TV shows such asThe Jeffersons,Saturday Night LiveandThe Cosby Show, black comedians became household names. During the eighties and nineties,Eddie MurphyandBill Cosbywere two of the most popular American comedians exported around the globe.

In the 20th-century, film allowed for animated cartoons of a humorous nature. The most notable of these perhaps beingLooney TunesandTom and Jerry.Chuck Jones,Tex Avery,Friz FrelengandMel Blanc(providing voices for many popular characters), were instrumental in these and many other animated shorts continued popularity.What's Opera, Doc?,Duck Amuck, andOne Froggy Eveninggarnered enough critical appeal to be inducted into theNational Film Registry. Warner Brothers' cartoons often dealt with themes beyond US culture or society, but did involve a great deal of commentary on American life. Although many of the American winners of theAcademy Award for Animated Short Filmare not examples of American humor, a significant percentage would qualify as such. On television, noteworthy American cartoons includeThe Flintstones,The Simpsons,Family Guy,Futurama,Beavis and Butt-head,King of the Hill,Ren and Stimpy,SpongeBob SquarePants,South ParkandAmerican Dad!.

The very first movie to be produced wasThomas Edison'skinetoscopeof his assistantFred Ottin Record of a Sneeze. This could also be considered the first to show a comedic element.

During the era of silent films in the 1920s, comedic films began to appear in significant numbers. These were mainly focused on visual humor, includingslapstickandburlesque. In America, prominent clown-style actors of the silent era includeCharlie Chaplin(although he was born in England),Buster KeatonandHarold Lloyd.Oliver Hardy(ofLaurel and Hardy) (Stan Laurelbeing British),Fatty Arbuckle, theMarx Brothersand other names were significant in the first decades of American cinema humor.

Many early film directors in the US were born elsewhere. This is true of one of the most noted early comedy directors in Hollywood,Billy Wilder. However, American born directors likeHoward Hawks,Preston SturgesandGeorge Cukoralso were major film comedy directors in the 1940s. In the 1960s to 1970sWoody AllenandMel Brooksgained note becoming two of the most appreciated of American film comedy directors. In the 1980sChristopher Guest,Carl Reiner, and theCoen brothersemerged as significant directors or writers in American film comedy. Added to this several «brother duos» have been of significance in American film likeThe Zucker brothers, theCoen brothers, andThe Farrelly brothers. In the last ten yearsKevin Smith,Jay Roach,Tom Shadyac, andAlexander Paynehave garnered notice as film directors whose work is often humorous, if at times darkly so in the case of Payne. Some of the aforementioned directors, particularlyWoody Allenand theCoen brothers, also do other genres of film besides comedy. In the modern era,Adam Sandler,Ben Stiller,Seth Rogen, andWill Ferrellhave been popular proponents of American film comedy.

Thesituation comedyis a format that first developed in radio and later became the primary form of comedy on television. The first sitcom to be number one in US ratings overall wasI Love Lucy. A typicalI Love Lucyepisode involved one of Lucy's ambitious but hare-brained schemes, whether it be sneaking into Ricky's nightclub act, finding a way to hobnob with celebrities, showing up her fellow women's club members, or simply trying to improve the quality of her life. Usually she ends up in some comedic mess, a form of slapstick comedy. The I Love Lucy show grew out of a radio program in which Lucille Ball was featured. Another popular sitcom of the 1950s to cross over from radio wasAmos & Andy.

In the decades since, several sitcoms have been tops in the ratings. In the 1960sThe Beverly HillbilliesandThe Andy Griffith Showshow held that distinction. Both of these programs were based on the country bumpkin — the Clampetts bringing their hillbilly ways to Beverly Hills, and the slow talking sheriff in the small rural town. In the 1970sAll in the Familywas the top rated show while dealing with serious issues it was based on the loudmouth bigot usually getting his come-uppance.

The most successful sitcoms of the 1980s wereRoseanneandCheers.Roseannewas a family sitcom, based on loud and largeblue-collarparents.Cheerson the other hand was about a neighborhood bar frequented by a mix ofworking-classand professional drinkers.

In the 1990s the increasing popularity of cable changed audience tastes in sitcom. Cable provided more viewing options and made it more difficult for any one show to dominate in the manner that TheCosby ShoworCheersdid in their eras. However,SeinfeldandFriendsmanaged to be among the most-watched shows of the decade. The 2000s has seen a further erosion in the sitcom withFriendsbeing the only one to be the top watched show in any year of this decade, thus far, and the cancellation of theEmmy winning Arrested Development.Arrested Developmenthad been one of the few critically successful comedies to have started in the 2000s, but recent comedies likeThe Office,30 Rock andMy Name Is Earlhave garnered some praise.

While many sitcoms were based on families or family situations, another common thread in sitcoms is «workplace comedies».The Andy Griffith ShowandArrested Development had elements of both workplace and family comedy. For more on this seeUS sitcom.

Although the sitcom is often derided by critics, a few sitcoms have managed to be successful with both critics and audiences alike. Among these areFrasier,Seinfeld,All in the Family, andThe Mary Tyler Moore Show.

The television sitcom provides an opportunity to compare British and American humor. Many British sitcoms have been re-made for American audiences. For example,Till Death Us Do PartbecameAll in the Family;Man About the HousebecameThree's Company; and, the immensely popularSteptoe and SonbecameSanford and Son.The Officewas originally a British sitcom that has been successfully remade for an American audience using the same title (and in the case of the pilot episode, the same script). However, most British sitcoms usually fare better in their original forms. Re-makes of other British comedies have failed.

Saturday Night Live(SNL) first aired on October 11, 1975, withGeorge Carlinas its host. It was created by CanadianLorne Michaels. The original concept was for a comedy-variety show featuring young comedians, live musical performances, and short films. Rather than have one permanent host there was a different guest host each week. The first cast members wereThe Second CityalumniDan Aykroyd,John Belushi, andGilda RadnerandNational Lampoon LemmingsalumniChevy Chase(whose trademark became his usual falls and opening spiel that ushered in the show's opening),Jane Curtin,Laraine Newman, andGarrett Morris. The original head writer wasMichael O'Donoghue, a writer atNational Lampoonwho had worked alongside several cast members while directingThe National Lampoon Radio Hour. The cast has periodically changed over the years, serving as a springboard for many of its performers to success in other television programs or films. SNL continues to air weekly.

In the early 1990s there started to be more sketch comedy shows that concerned racial issues or intentionally had a diverse cast. An early example of this beingIn Living Color, initially produced byKeenen Ivory Wayans. Despite the original cast being majority African American the show is most remembered for introducing the CaucasianJim Carreyand Puerto RicanJennifer Lopezto a wider audience. In the 2000sChappelle's Showbegan and became a popular, if controversial, variety series. It became noted for dealing with issues like racism, sexual perversity, and drug use.

That decade also witnessed a rise in stand-up comedy dealing with more provocative or politically charged subject matter. Among the best known comedians from the 1950s to the 1980s to work in this fashion areLenny Bruce,Richard Pryor,George Carlin,Bill Hicks, andSam Kinison. They dealt with subject manner like race, religion, and sex in a manner that was generally not allowed on television or film. HenceThe Richard Pryor Showended after four episodes due in part to controversy, although poor ratings was a strong factor. In other cases the reactions were more severe, as both Lenny Bruce and George Carlin were arrested on obscenity charges.

However, other stand-ups in the US choose an opposite approach that involves avoiding angering or offending elements of the audience. They may also try to work «clean» either because they prefer doing so or because they wish to reach audiences that disdain raunchy material. Among those who do so as a preference areBrian Regan,Bob Newhart, andBill Cosby.Ray Romanois capable or even willing to work «blue», as demonstrated onDr. Katz, Professional TherapistDVD commentary tracks, but has tended to avoid doing so out of deference to his current audience.