The Application and Research of Memes Theory in English Writing Teaching 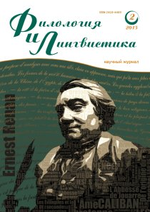 The Application and Research of Memes Theory in English Writing Teaching

At present, a lot of English learners’ language understanding ability is far greater than his language output ability. That is to say, a lot of English learners can understand the difficult English articles, but they are very limited in the spoken language and writing vocabulary, and the expression of a large number of mother tongue being used is general. In order to solve this problem, scholars have been studying the application of the memetics in College English Writing Teaching in recent years. As a new theory, the theory of model is a new way of thinking for many scholars.

Gene, the origin of the meme, from which people can associate with that the meme is a phenomenon similar to the gene. Gene is a kind of biological delivery unit, which is known as the cultural transmission unit. The word “meme” derives from the Greek word “mimeme”, which means “the thing that is imitated”, whose core is imitation. In particular, it can be a melody, ideas, fashion apparel, building housing, modern language, apparatus manufacturing, etc.. Any ideas, statements and practices, which, as long as people can mention or do, and then some other people say or do again, this argument or practice can be copied and spread, making it possible to become a meme. The phenomenon of meme can be seen everywhere, and when some phenomena appear and spread, it is the result of the meme. For example, the invention of the “plane” is the result of meme function of “bird flying”. “PK” and “high iron” are also the result of the function of that.

The main mode of transmission of the memetics is to simulation and copy. Heylighten (1998) believes that the process of copying memetics will go through four stages. The first is the assimilation. The successful model will infect a new individual at first, thus this individual becomes the host of memetics. Second, retention. The memetics copied will enter the memory of the individual. Third, expression. The individual will express the content in their memory by means of language, action, or other forms, and can make other individuals perceive it. Fourth, transmission. In this process, the successful memetics refers to the whole process of copying, namely, the content information or carrier expressed by the individual transmit from one host to another one or more potential hosts. Each stage has election to choose, that is to say, there will be some memes to be eliminated in the selection process.

Heylighten proposes the select condition of the proposed choice of the model in his paper “How to make meme successful” which aimed at the four stages of the process of the meme transmission. First of all, there are three conditions must be satisfied in order to be assimilated, that is, being paid attention, understood and accepted by the new host. Note that the author refers to the meme carrier can fully be paid attention to. The meaning of understanding refers to that the host has realized that the meme to be replicated is in its cognitive range, and in which it has a new idea of the cognitive structure. In addition, the new ideas should not only be understood, but also be believed and accepted. Second, memory refers to the memory that stays in the process of copying. The meme must be in memory for a period of time, otherwise it can not be called as a meme. The longer the meme stays, the more chances of infection to other hosts. Meme replication has the feature of longevity. Memory depends on the point of view and the frequency of repetition, whether it is a repeat phenomenon or the continuous rehearsal. Once again, the expression is required to communicate with other individuals. That is to say, it is necessary for meme to produce from the memory in the form of memory structure, and become the material form other people can perceive. The most common forms of expression include language, words, pictures and behaviors. Finally, at the last stage of transmission, it is required that the material form of expression, namely the meme carrier, should have the feature of fidelity. For example, the meme carrier may be books, photos, products or CD-ROMs, etc.. The correct judgment and choice of the meme with strong survival ability will be beneficial to the improvement of English writing teaching.

English writing is a whole process from the input of information to the output of that. Preparation stage before writing should be put in enough information. English writing can not be separated from the input of information, only enough information input, will there be output. There are two kinds of information input methods in the English writing classroom. First, he information input in the classroom is realized by the teachers in the writing teaching, which belongs to the spread directly of language memes. Second, the input of the information is realized by the students’ reading and writing materials, which refers to the indirect transmission of language memes. In the classroom, teachers guide students to understand and grasp the standardization of language and the layout structure through personal essay content teaching, so as to enable students to become the new hosts of these potential language memes. Outside the classroom, teachers assign extra-curricular tasks, and make students consume more writing materials through the arrangement of reading materials, etc., thus reserve more potential language.

The Problem Teachers and Students should Pay Attention to

The Problems Teachers should Pay Attention to

The language meme communication between teachers and students is a direct communication, which is the communication between people. As the initial meme for the host, teachers should be able to infect the students and help students understand the initial model. The students understand the language meme taught by the teachers in the classroom through the teachers’ words and deeds, and thus becoming a potential meme for the host. In order to make the students pay more attention to and understand the language of the classroom teaching, it requires teachers to pay attention to the following questions: 1) the materials chosen should have the character of typical, interesting and practical; 2) the teaching process should have affinity, and can also play a role model; 3) the contents of the recitation should make students have enough information input; 4) arrange students to say more and write more, strengthen the training at the same time; 5) arrange the students peer evaluation, let students appreciate works each other, thus the excellent composition of strong memes will spread.

Problems out of Class

After all, the teaching time is limited, and the teaching of college English writing should be extended to the after-classroom, teachers should make use of the indirect transmission mode of meme, and expand the students’ amount of information input through the arrangement of the extra-curricular task, and enhance the ability of choosing and innovating in the process of replication. The reading materials and writing materials which are arranged after class can make the students consolidate the content and grasp the essence of the content. This requires that teachers could predict what reading materials and writing materials arranged may become a strong meme.

The Problems Students should Pay Attention to

Recognize the Importance of Recitation

As a kind of learning method, “rote” has been accused of. In fact, recitation is an important way of information input, and the input of some information cannot be separated from the recitation. Memory is a stage in which the replication of the language meme is due to the process of replication. Reciting can make language memes be remembered. Reciting some works of famous phrases, proverbs, idioms will lay the foundation for the replication and transmission of language meme. As a result of the research on the language meme theory, it has opened up a new perspective to English writing teaching in college, and the traditional teaching method of reciting should be re-recognized.

Actively Participate in the Mutual Evaluation of Composition

In the teaching of College English writing, the function of mutual evaluation of students’ writing is often neglected. Generally speaking, there is little difference between the students in the level of English writing, and there is no help in writing. In fact, the students’ mutual evaluation of students’ writing are beneficial to the students’ awareness of the strengths and shortcomings of the composition in the theme, the structure and the sentence structure, thus promoting themselves to reflect and improve their writing level. When students read their compositions in the process of mutual evaluation, they are more likely to pay attention to, understand and accept the good language meme, and it is easy for their language to be assimilated, and imitate beautiful language.

Traditional writing teaching only put emphasis on students’ exercises and ignored the knowledge reserves stage before writing. Meme theory points out that the core of itself is imitation. This traditional way of learning English can effectively reduce the process of language understanding and output. The meme theory makes us re-recognize the role of reciting and imitation in English writing.