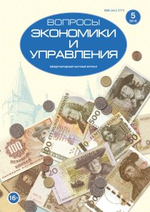 The XXI century is said to be the time of the operation booming mergers and acquisitions (M&A). Leading the M&A trend is the finance and banking area. The main objective of M&A is the reinforcement the finance and banking system included, enhancing the competitiveness, improving the economic advantages and strengthening the potential finance & banking sector. The main purpose of this study is giving a general review of M&A finance and banking sector from 2011to 2015; to assess its impacts on the economy throughout some typicals M&A and proposal recommendations to accomplish the work flow of M&A banking system in the upcoming time.

From 2011 to present, M&A activity in the Vietnam banking sector has been happening strongly. There were five recorded M&A for the first 6 months in 2011. The Vietnam Bank for Industry and Trade (Vietinbank) sold 10 % owned stock to an international finance company (IFC); An Binh Bank (ABBank) sold 600 billion of convertible bond to IFC; Maybank, Mekong Development Bank (MDB) sold 15 % owned stock to Temasek’s investment Company and International Bank (VIB) sold 5 % stock to Commonwealth Bank Australia. In the third quater of 2011, Vietinbank sold 15 % stock to a Canadian bank and bought 30 % stake from the Lao Development Bank.

In late 2013, all of the weak banks are required to have completed restructuring and merger consolidation [1].

In addition, some banks had restructuredthemselves as Navibank, TrustBank, TienphongBank and GP Bank. According to experts, the restructuring of the bank achieved initial results after 5 years of implementation. Notably the safety of the system of credit institutions are improved. The risk of system crashes have been gradually pushed back. Property of the State and the people is to ensure safety. People’s deposits are paid normally, even in weak banks.

Increasing operational efficiency. The merger makes a larger bank, which can often reduce its fixed costs by removing duplicate departments or operations, cutting back on the company’s costs, increasing productivity and marginal profit. The resources are redistributed reasonably among banks after merging. In addition, the merger will improve governance, increase management efficiency in banking operations.

Expanding the scale. The created bank after merger will be larger by the available resources of the member banks.

Expanding markets, increasing market share. The most important goal of M&A bank is market expansion. After the merger, the new bank system inherits customers from the member banks, products and agents. These banks are widely scattered in the diffirent geographical areas. So, it is possible to exploit extensively market share and to expand market.

Attracting qualified personnel. After M&A, the restructuring of personnel is indispensable in the new bank and will choose the higher qualifications staffs.

Equipping the new technology. After the merger, the bank will be more potential. They will invest the necessary devices to assist the staffs in work. It also helps customers approach to products and services.

Negative effects. When the large bank merges with the small banks. The capital, market share, customer, etc of the created bank can grow considerably. However, it will affect the development ability of the merged bank in a short time. This newly merged bank will have to undertake all debts of member banks.

Boosting circulation economy, controlling inflation, stabilizing the macroeconomy, maintaining reasonably growth. The emergence of the big banks and financial corporations is inevitable in the context of economic integration. They can be strong enough to compete and have a foothold on domestic market as well as international one. The big banks can meet a growing demand on capital for the economy, play an important role in reducing and controlling inflation, gradually maintain the value of money and exchange rates. In addition, they can contribute to improve macroeconomic, investment, production and export.

Negative impact. The M&A also brings some negative effects, such as exclusive status, abused for tax evasion, loss of work if there is no strict management from the market authorities.

Seeking for suitable target bank. In the M&A, partner selection is the core element. Financial institutions should be well prepared for these activities. Before M&A a target bank, the buy-side has to make the implementation project, the buy-side themselves have to see the potential for buying other banks and offer optimal solutions. The next step is to select and evaluate the target bank. It is not choosing the best target but it is choosing a bank which suitable for business orientation and targets.

Assessment and review. Assessment plays a key role in the M&A activity. So, identification the added value after the merger is very important. After M&A, the value must be greater than the value of independent existence. Some common methods of valuation: the DCF method is a valuation method based on the future free cash flows that the bank will create; the market method is a method based on a comparison with similar banks in the market; the net asset method is a method that a firm’s value is determined based on the assets [2]. If necessary values can apply a reasonable rate for the prices obtained from three methods to set a fair value for the bank.

The problem of banks after the M&A is the difference in culture and management or changes in operation process. Cultural harmony, one of the biggest challenges of the M&A activity, is the decisive factor for the success or failure of the M&A deals [4]. Therefore, bank managers can not underestimate this matter.

The Government needs to complete the legal framework for the development of the M&A through the promulgation of laws and regulations relating to the M&A activity in general and the bank M&A in particular as well as the organization and operation of a M&A advisory firm. Government also needs to create favorable environment and condition to encourage the development of professional advisory firms which are qualified under the law. In the banking sector, the State Bank issued Circular no. 04/2010/TT-NHNN on February 11th 2010, guiding to the merger, consolidation and acquisition of credit institutions. But so far, the above Circular has showed many shortcomings and inadequacies, especially the Circular 04 was issued before the Law on Credit Institutions was adopted by the National Assembly on 16/06/2010 and was effective since 1st January, 2011. As this law stand, credit institution was allowed to reorganize in the form of division, separation, consolidation, merger or transformation of legal form after the State Bank gave written consent. Additionally, the State Bank was assigned to specify the conditions, dossiers, order and procedures for approving the reorganization of credit institutions.

It is necessary to set up, improve and enforce a Circular to replace Circular (number 04/2010/TT-NHNN) from 11th May 02, 2010 of the State Bank. A commercial bank is a specific type of business, which operates with conditions. Therefore, the bank M&A activity need to have specialized legal documents, which fulfill a requirement of Article 153 of the Law on Credit Institutions 2010 and accord with international practice, to guide and adjust to be appropriate to this specific business fields. Circular should be specific about a target of mergers and acquisitions; procedures for handling transactions with depositors and borrowers before M&A transactions is established; disclosures of information about the M&A and its activities.

Enterprises should develop controlled information channels as well as the transparency of information within the enterprise, such as the stock market and enhance the role of the authorities in order to increase transparency in the information announced of firms.

Government should shape policies to develop human resources for the M&A market as allowing a number of universities to offer training courses in M&A opening and participating in the activities, workshops, relating to the M&A activity, the banking M&A in domestic and foreign country.

Improving the capital standard under Basel II at Vietnam commercial...

Improving the capital standard under Basel II at Vietnam commercial...