Trade in goods between Vietnam and Far East: situations and solutions 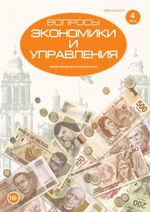 The relation between Far East, Russian Federation and Vietnam was established from the earlier years of the 20thcentury. However the commercial coordination of two sides has not reached many considerable achievements, in compared with individual potentiality. Export turn-over has remained the low figure in which the abundant items have not concentrated and specialized. Recently Russia has some policies developing Far East that Vietnam supported to this. The negotiations between Vietnam and Russia focus on plans of exploiting maximum proficiency of each other.

Trade in goods between Vietnam and Far East

Two-way trade of Vietnam and Far East has not developed actively yet. Goods exchange during the last years has shown modest figure and not as well as private proficiency.

Nowadays main exported items from Vietnam are extended but have not high grey matter content.

This statistic showed that the trend of exported goods from Vietnam to Far East became more various. The turn-over and the quantity of its goods, however, have not been remarkable.

Import turn-over has been not stable during the periods. Equally important, during between 2012 and 2014 import turn-over from Far East to Vietnam fell sharply (from $ 113.72 million to $ 19.36 million).

Transfer of goods structure which Far East has been exporting to Vietnam changes considerably. In 2008, the kind of goods making up the biggest proportion was petroleum benzyl but in 2012 asbestos held 89 %, cast iron and steel products made up 3 %. On the other hand, in 2013 there was a big change in which main items were cast iron and iron products was 88 % but asbestos only held 11 %.

To the trade relation between Vietnam and Far East, Vietnam had the first steps of negotiations with Russia Government as well as Far East locale authority. The issue of Vietnam cooperation taking part in projects, supporting trade in consumer products area, agro-industry, light industry contributes to material supply for production in Vietnam.

The directed investment helps Vietnam cooperation to avoid trade barriers, thus the items can be exchanged.

Far East is rich of fuel such as coal (Sakha, Sakhalin, Amur), gas oil (Kamchatca, Sakhalin, Khabarov), wood (Khabarov, Primosky and Amur), ferrous metals and waste (Primorsky and Khabarov). Many kinds of Far East exported products are raw and have low prices. Vietnam businesses import them and re-product to make a surplus, meet domestic needs and change them into the Vietnam exported goods.

The appearance of types of consumer goods that Vietnam is producing from Asia Pacific, especially neighbor countries of Far East such as China, Korea, Japan and Taiwan is more diverse. With the strength of economies and politics of above countries, Vietnam is so young and competitive ability of Vietnam companies is not high enough to join in the large market like Far East.

The effects of China goods in Far East

The directed effect of China on Far East in specific and all over the World in common is consumer products. The products made of China creeping into the markets have attractive performances and cheap prices with delivering the consumers’ demands.

Playing vital role in Far East, we need to make a strategy, and through this we can orient the distribution of sources to cooperate with Far East in the cooperative relation with Russia: Setting up cooperation mechanism and priority policy; reform administrative formalities and customs post following the good way for trading and investment of both sides; strengthening consideration of leaders…

Strengthening information supply and exchange of markets, investing environment, national law, trading partner details is the basis of establishing the trading. Vietnam trade representation in Far East needs to play an important role in developing and distributing these commercial activities.

Building the brand name “Made in Vietnam”

To the Far East markets, Vietnam manufactories need to impress the familiar image for consumers by making advertisements, sale-off… To the new young companies joining in Far East markets should have effective strategies to create opportunities for themselves like Customers’ psychology of consuming agriculture products that is “sanitary and healthy goods”.

Due to the fact that most competitors such as China, Korea and Japan are powerful countries, Vietnam would like to find special method of developing itself. Developing branch markets is searching and studying of each province, residential areas and autonomous ones in Far East to find the potentiality of them. As a result, Vietnam companies can choose the right main fields to develop.

Vietnam business groups should boost the activities of searching markets in Far East to choose business line which has many advantages, for example, rice, coffee, rubbers and seafood…Also they can improve the technology of manufacture and package, combined with increasing prices and focusing on technology of safe-keeping and process.

Commercial subjects need to change type of payment from$ into RUB. The Government can encourage the trading banks to open other branches in Far East to support both nations companies of payment.

Vietnam companies should set up the modern malls in big cities in Far East such as Khabarovsk, Vladivostok…to promote the consuming of Vietnam goods in Far East.

The promotion of human resources quality

Vietnam companies should concentrate on training human resources for commercial cooperation with Far East. Beside this, we should have solutions of the training courses of production discipline, knowledge and law respect. The knowledgeable and dynamic business man might change Vietnam position in Far East.

The potential cooperating between Vietnam and Far East is quiet considerable. Far East has precious natural resources and the same natural conditions and resources as Vietnam. With the experienced labor force of Vietnam, Far East will be exploited its potentiality — Such a large land with the little quantity of residents and shortage of labor.

Conclusion. The current oil production cost in Russia, including the production, the depreciation costs of basic assets and the delivery of products to customers...

Conclusion. The current oil production cost in Russia, including the production, the depreciation costs of basic assets and the delivery of products to customers...