Psychological analysis of levels of administration of management decisions 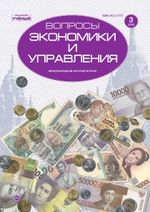 One of the important issues in the psychology of management is the analysis of levels of managerial decision-making and the study of factors influencing it. In the management process, there are four levels of decision-making, within each of which certain skills are required to work. The first level of decision making is the ordinary, everyday level. In this case, the instructions and rules are strictly followed, the situation is assessed properly and control is established. The emerging problem is compared with a set of existing solutions, from which the best option is adopted and implemented. Usually this is done according to the principle «In such situations, you need to do this». Difficulties in such situations may arise due to the incompetence of the decision maker, ignorance of existing guidelines, incorrect assessment of the situation or lack of courage. At this level of decision-making, a creative approach is not required because the decisions of the situation are already predetermined.

The second level of decision-making is the level based on selection, at which the goals are studied, planned and analyzed data. He compares a number of possibilities on an existing problem and focuses on the most effective and economical, which is most suitable for solving this problem.

The third level of decision-making is called the flexible level at which a problem is identified that is solved in a systematic way. Working groups are created, existing risks are analyzed. Making decisions on a flexible level is a little more complicated, and the manager has to abandon the old-fashioned approach to a familiar problem and come up with a creative solution. In this context, the success of the decision maker is based on his personal initiative, his ability to take a bold step into the unknown. The fourth level of decision-making is called the innovation level, where decisions related to the introduction of innovations are more complex. In an uncertain situation, a person should be able to use a new approach, creative ideas of other specialists.

When a decision maker faces a problem situation and needs to make a specific decision, he or she must compare the situation and the expected decision with the group of solutions listed above and determine which category it belongs to. Such an action allows him in any case to imagine what the solution of the problem will be and in what form it will appear. This, together with information about how correctly or not the chosen path, creates the basis for changing the style of movement if necessary. In any case, a deliberate decision is to include it in some category and compare it with the requested sample, even if only partially predict the result.

In the process of making managerial decisions, the principle of multifactor comes into force. One such factor is the factor of personal competence.

To show the role of this factor in the decision-making process, the “Rings” method can be used. The “Ringy” method is widely used in Japanese business. According to this method, a decision is made with consent upon request, and not at meetings, and is carried out in several stages:

In Japan, it is customary to consider the “Ringy” method as one of the manifestations of a management philosophy that encourages caution, frugality, and social responsibility. Although this method has been criticized in the Japanese press for its excessive bulkiness, nothing is said about the refusal to use it.

For strategic and tactical management, rational decisions are made based on economic analysis and optimization. The management process always has to solve a certain problem. Due to deviations from the set parameters for various reasons, there is a need for new processes, which leads to the need to know, analyze and solve problems that arise before production.

After determining the necessity of making a decision and a specific situation on the analyzed object, the goal of the decision is formed, which can be achieved in various ways, and tasks for its solution are determined. The purpose of the decision may be indicated by a higher authority. For example, the goal was to dramatically increase grain production and achieve grain independence. Based on a number of considerations, areas that are best suited for growing crops will be identified. The ministry decides to change their specialization, and for this it is developing a plan for the transfer of districts to grain farming. As soon as the district leaders receive the assignment, they carefully prepare for the implementation of the solution in production.

It is known that the passage of time can make a difference. If a decision made on time becomes obsolete, the decision made may also lose its force. Of course, making decisions in a limited time can be a daunting task for a person. There are people who can lose themselves when time is limited. As a result, a poor or incorrect decision is made. The choice of a limited period of time, especially in uncertain situations, further complicates the situation. Therefore, the manager must consider the time factor when making a decision.