Industry as a leading branch of the industrial economy 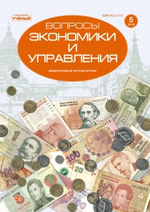 The economy of any state consists of a variety of branches: industry, agriculture, transport, construction, communications, trade and others. But its foundation is industry at the same time.

Industry is a set of independent enterprises, workshops, industries engaged in the extraction, procurement and processing of raw materials. Industry is an independent branch of material production and it is in close relationship with other sectors of the economy [1]

Industry is a leading branch in the industrial economy for the following reasons:

1) The basis for accelerating scientific and technological progress in the entire national economy is the development of industry, especially such industries as electric power, engineering and chemical.

2) industry, especially engineering, is the foundation of the entire economy, the basis for expanded reproduction and economic development of all sectors of the national economy.

3) the state’s defense capacity is largely determined by the level of industrial development.

4) the security of citizens of the country with consumer goods depends on the development of the light and food industries.

Thus, industry is the leading branch of the industrial economy and the basis for increasing the efficiency of social production. [2]

Sectoral differentiation of industry is the emergence of more and more of its branches, and it is a constant process due to the development of the social division of labor.

Industry is consists of interconnected many branches and industries. Economic purpose of the products produced, the nature of the materials consumed, the technical base of production and the technological process, the professional composition of the staff are the main features that distinguish one industry from another. By the same features, individual productions are also differ. The industry is a set of enterprises characterized by the unity of the economic purpose of the products produced, the homogeneity of materials consumed, the common technical base and technological processes, the special professional composition of personnel, specific working conditions. [1]

Since independence, Uzbekistan has been pursuing an active industrial policy aimed at shifting the focus from the production of commodities with a relatively low added value in favor of finished products with a higher added value. Traditionally, Uzbekistan is considered to have relative competitive advantages in such areas as cotton production, gas production, non-ferrous metallurgy, fertilizer production and certain types of chemical products, vegetables and fruits. [3]

The process of finding “hidden” comparative advantages of a country requires consideration of many factors. Among them are the peculiarities of the current economic policy based on their traditions of decision-making, the level of productivity of domestic producers, transport costs for various goods and markets, prices of production factors, etc. [3]

Under these conditions, Uzbekistan should:

Uzbekistan is one of the industrialized republics of the Central Asian region. About 24 % of its GDP is formed in industry. However, with its «unprecedented» pace of development, things are not so straightforward. Uzbekistan has the most diversified economy in the region. In the share of the final product produced by Central Asian countries, the share of Uzbekistan, according to its State Statistics Committee, is 80 % of mineral fertilizers, 94 % of chemical fibers, 54 % of natural gas, 59 % of cement, 65 % of raw cotton. [3]

Based on these data, an increase in 2018 –8 %, industrial production grew and continues to grow at unprecedented rates. Today, the republic exports textile products to almost 50 countries, and shipments have increased from $ 8 million to more than $ 1 billion. Revenues from the sale of cotton only abroad account for about 10th of the country's total export earnings. But the country's authorities are actively developing its processing: by 2020, it is planned to implement about 80 projects in the textile industry, which will more than double the capacity of the industry. The program for the development of light industry for 2015–2020 has been developed. [4]

If it is compared to the previous year, the largest contribution to GDP growth was made by the services sector, which grew by 6.9 %. In its structure, trade, including accommodation and food services, grew by 3.9 % (its share in the structure of GDP — 11.5 %), transportation and storage, information and communication — by 8.9 % (11 %) and other industries services — by 7.3 % (24.8 %).

Amounted 26.7 % in the structure of GDP is result of the value added of industry showed an increase of 4.6 %. A positive contribution to GDP growth from industrial production is estimated at 1.1 percentage points. Growth in the industry as a whole is due to the growth in the value added of the mining industry and the development of quarries (114.6 %) and the processing industry (102.8 %).

As a result, the volume of construction work was increased to 5.6 %, as in the construction of multi-residential buildings, individual housing on standard projects, engineering and transport communications and social infrastructure. In the structure of GDP, the share of construction was 6.8 %. A positive contribution to GDP growth from the construction industry is estimated at 0.4 percentage points.

It is worth noting that for accelerated and correct development of the industry, the following priorities have been developed, based on the above:

Accelerate the production of a priority industry, which will ensure export diversification and lead to structural changes in the industry.

To expand the production of new products, applying new technology in the manufacture of competitive industrial products in foreign markets.

To modernize existing enterprises that produce competitive high-tech products for the domestic and foreign markets.

To develop competitiveness by reducing energy costs, reducing costs and improving the quality of industrial products both in the domestic and external markets. — to develop the necessary infrastructure, first of all, electricity, gas and water supply for new and already industrial enterprises.

To improve the quality of training of highly qualified personnel.

We will be able to achieve high, positive macroeconomic indicators, improvement of industrial products produced, provide domestic and foreign markets, increase exports of competitive products, take our stable place in the world market,taking into account all factors that are closely interrelated with industry, and supporting the priority directions for its development. [5]

Dynamic changes in the development of the industrial economy, modernization and diversification of production contribute to the growth and diversification of production, have a multiplier effect on the further development of agriculture, mining, petrochemical, textile, paint and varnish, automotive industry, construction and composite materials, as well as small business, and in general, for the further development and improvement of the competitiveness of the economy of independent Uzbekistan.

Franchising is a way to success under existing conditions of marketing...

In 1993, a geographer and economist from Lancaster University introduced the term of “resource curse”, which describes the global phenomena of the unprecedented drop in living standards in the...

Commercializing the innovations is vital not only for Russian science, but for the national economy as a whole. In this paper authors concentrate on some challenges of commercializing Russian innovations...

Franchising is a way to success under existing conditions of marketing...

In 1993, a geographer and economist from Lancaster University introduced the term of “resource curse”, which describes the global phenomena of the unprecedented drop in living standards in the...

Commercializing the innovations is vital not only for Russian science, but for the national economy as a whole. In this paper authors concentrate on some challenges of commercializing Russian innovations...