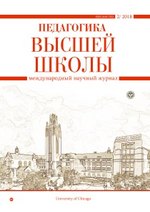 The life of society is constantly changing. The language that serves society, quickly responds to these changes. Social transformations as in the mirror are reflected in the language. Mass media style, to a greater extent than all other styles of language, perceives these changes. In the era of globalization and the intensive development of international relations, foreign newspaper publications are becoming more and more relevant and interesting for contemporary readers. The language of news media is sensitive to changes in the society.

Nowadays the media has a great impact on the lives of people, the whole society, on our consciousness, even on our culture and language. Therefore, the problem of promptness and adequacy of information transfer comes to the fore. In the journalistic style, two main functions of the language are realized. The first of these is the information function, i.e. sending messages to people in a short time. The second important function is an impacting function, consisting in striving to influence people's opinions about any social and political or social problem. Therefore, the following can be considered the tasks of this style: a) to communicate information; b) to influence the mass consciousness; c) to call for action. Typical for both «writing» and «electronic» press are: — analytical reviews; — comments; — news items; — promotional materials; — interviews, etc. All these types of journalistic text can be found both on the Internet, and on the pages of the magazine and the newspaper. Undoubtedly, each media has its own distinctive features, and each of the genres incarnates in them in different ways.The transmission of information is the main function of the media, and this process is rarely absolutely neutral. Very often the transmission of information is accompanied by a veiled or direct expression of the editorial or journalist's own opinion, evaluation. This evaluation is most often transmitted through speech receptions and language tools that encourage the audience to a certain reaction to information. Different genres of media texts differ in the different ratio of fact and evaluation. The language of the newspaper is a living and constantly evolving system that requires constant creative tension from journalists. The proof is the skillful updating of the ready-to-use speech material, the relentless search for new means of expressing the evaluation. Also, the specificity of the selection of language resources on the newspaper page is largely determined by the calculation of a linguistically neutral mass readership. Newspaper text should be perceived easily and quickly regardless of profession, age and education of the reader. From this it follows that the general availability and general understanding of the language tools used in the newspaper are permanent benchmarks in the journalist's activity. The rigid pragmatic setting of the newspaper on the general availability of the text distinguishes mass communication from other functional styles. Economical expression of thought is the most important requirement of stylistics. Especially important is the accuracy and brightness for the title, because the headline is the first thing that draws attention to, the first thing that the reader of the newspaper encounters when looking through the newspaper page is based on the headings in the content of the newspaper.

English-language newspaper materials are characterized by great emotional-expressive saturation, and the power of their impact is organically linked with the brilliance and imagery of the English language.

The media (media) of the English-speaking world are rightly considered to be the «highway for the evolution of Western mass media of modern times»: thousands of publications are published in English in dozens of countries; more than 80 % of information on the Internet is distributed in the same language, which, according to objective reasons, becomes the language of intercultural dialogue

Over the years, the language of the media has been viewed by researchers as the embodiment of a certain standard and the norms of the literary language. However, some British and domestic linguists who study the language of newspaper journalism of the last three decades, note the steady transformation of the latter towards ever more intelligibility and colloquialism. The canons of presentation of materials in modern newspaper journalism have changed markedly and, according to V. Rivers is based on «the three whales» — «simplicity, clarity and force», and «spoken English with elbows made its way into the media " in order to fully implement them. the prevailing style of today's British newspapers is the style of unofficial writing (informal writing).

The so-called «readability formula», proposed by R. Flash is interesting too. The main components of this formula are as follows: striving for the least optimal length of a paragraph, sentence; use of personal pronouns, names, geographical names, dates; use of «interest» (human interest elements) in the form of unusual facts, phenomena; use of «transparent» syntax and vocabulary.

Within each of the British newspapers, the «softening» of speech (in the direction of colloquialism and ease) is traced as the genre is «softened» (from the genre of the editorial commentary to the genre of secular chronicles, readers' letters). Speaking about the peculiarities of the modern English-speaking press, it should be mentioned that there are also traces that are typical for the print media style of the whole world in the last three decades: the desire for colloquialism, brevity and accessibility. The editors of the largest American weekly «Time» created a special style of filing materials, known as the «time-style», which is distinguished by the stylistic effect of novelty and freshness of usage. Many of the language innovations that appeared in this magazine have spread to newspapers and magazines not only in the US, but also in the UK. The difficulty of analyzing lexical processes in the language of the newspaper is that the social situation of the period we are experiencing, like, incidentally, the situation that was formed earlier is a broad, indefinite field of alternatives.

The style of modern media can be defined as a system of interconnected language elements, aimed at the performance of a certain commutative function, primarily the functions of informative and function of influence on the reader (persuasion function). The need to write quickly in the conditions of modern communication leads to a wide use of language clichés, which, in turn, promotes the development and use in the language of the newspaper phraseological units. On the other hand, «the desire for expression leads to the fact that very often these phraseological units turn out to be occasionally transformed».

Restrictions in space on the newspaper page lead to an inevitable compression of language elements.

In the field of grammar, the tendency toward compression finds expression in the omission of the service words, the verb «to be» in the headings, in simplifying the use of temporary forms, in preference for laconic, compressed constructions.

In the field of vocabulary, the language of newspapers also has its own characteristics. For example, some verbs due to the newspaper acquired greater polysemy than it is registered in dictionaries. Newspaper article begins with the title.

The peculiarity of English newspaper headlines is that they use predominantly verbal phrases. Actions that took place in the past are usually transmitted in the headings with verbs in the present tense, and actions related to the future are done with the help of the infinitive. The use of the verb in the present tense greatly enhances the dynamism of the narrative. For example: Adrone saves two swimmers. However, in some newspaper headlines, when describing actions related to the past, there may be a past tense.

However, in some newspaper headlines, when describing actions related to the past, there may be a past tense. For example, Pegaso Conveyers Stopped.

Very characteristic headings are headings such as State Checking Auto Repairs Shops, where the construction is used with the participle in -ing, subject group, for example, From the Police Blotter, or the infinitive — Facebook to take broader look at possible Russian role in Brexit role, etc.

Quite often the headline in an English or American newspaper article aims not only to communicate this or that information, but also how to draw attention to it. In such cases, the subject is sometimes released. For example: Pressed on false claims about Muslims. As you can see from this example, the title begins with the past participle.

A distinctive feature of the newspaper headlines of the Anglo-American press is the use not only of certain grammatical constructions, but also the so-called «lexicon of headings» — a phenomenon much less characteristic of the Russian-language press.

Researchers note the most widely used in the language of the modern American press are the following features: 1) extensive use of complex adjectives; 2) contractures are complex nouns formed from two or more simple ones in such a way that a part of one word, connecting with a part of another, denotes a new concept

In addition, the «time-style» is characterized by a huge number of spoken expressions, buzzwords, neologisms and jargon, which the weekly «Time» starts to use in its articles one of the first.

The very existence of «time-styling» is a direct proof that the tendency to talk, short, to a more accessible and at the same time capacious form of presenting information becomes leading in the modern English-language press.

Some researchers (V.I Zabotkina, G.A Orlov) call the presence of foreign-language elements one of the style characteristics of the language of the modern press. According to V. I. Zabotkina, English continues to be enriched with foreign-language elements. At the same time, the growth of the borrowing of words from Asian languages, especially from Japanese, can be considered a new trend, which can be explained by the interest in Eastern culture and philosophies that grew in the late 20th century. The main «attraction centers for new foreign-language elements» are social and political life, everyday life, culture and scientific and technical activities.

Today, the newspaper text is an example of the interaction of the standardized book language, people's speech and jargon. Deviations from the literary norm in the process of producing the text create a certain tonality, appraisal, expressiveness; contribute to the creation of realism in the description of phenomena.