Opinion: where the implementation of performance-based blockchain smart contracts fail in the oil and gas industry 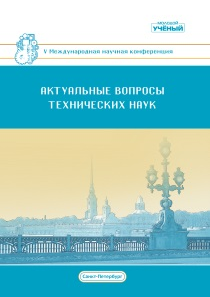 The Harvard Business Review [1] in February 2017 had some thought-provoking insights:

“As a technology concept, blockchain describes an immutable, distributed database structure. A blockchain implementation provides a platform for multiple parties to transact with one another without the need for third-party validation, creating a ledger of records that is by design more secure and trusted than other approaches. Its architecture enables decentralized, secure, direct, and digital transfer of values and assets”

The enthusiastic authors of the article the truth about the blockchain [1] commented “With blockchain, we can imagine a world in which contracts are embedded in digital code and stored in transparent, shared databases, where they are protected from deletion, tampering, and revision. In this world every agreement, every process, every task, and every payment would have a digital record and signature that could be identified, validated, stored, and shared. Intermediaries like lawyers, brokers, and bankers might no longer be necessary. Individuals, organizations, machines, and algorithms would freely transact and interact with one another with little friction. This is the immense potential of blockchain” Nothing bad for blockchain optimists for sure. The big concern here is that when we approach topics like Performance-Based Blockchain Smart Contracts (PBBSC) we should be critical when analyzing the pros and cons of their implementation.

In this opinion article I will comment briefly where I believe that the application of PBBSC fail. To begin, I am going to define some basic concepts that will allow us to present my point of view. By definition, a contract is a promise enforceable by law. [2] The promise may be to do something or to refrain from doing something. [3] The making of a contract requires the mutual assent of two or more persons or parts, one of them ordinarily making an offer and another accepting. [3] For a contract to be legally binding it must contain four essential elements: 1) an offer; 2) an acceptance; 3) an intention to create a legal relationship; and 4) a consideration (usually money).

In everyday life of humans, contracts are valuable mechanisms to uphold the promises between known or unknown individuals in a fair manner. [4] With Regular Legal Contracts (RLC), if there isn´t a reasonable human at the wheel, you can in fact go to court. Not all contracts are legally enforceable. In the worst case, a government can pass new law making a severely problematic variety of clause unenforceable. [5] On the other hand, regular Performance-Based Contracts (PBC) serve to regulate the supply of services and to define the payment of performance-based incentives (PBI) between persons or parts; In a conventional sense, I talk about Statement of Work (SOW) which is usually a document that accompanies yet another document, often referred to as a Master Services Agreement (MSA). The MSA is usually the governing document for the entire relationship, while the SOW usually deals with the specifics of a single project or scope of work. Larger scale clients in the oil and gas industry usually prefer to lead with an MSA, even though I’d rather lead with our own agreement, which I call a Project Service Agreement (PSA).

Smart contracts (SC) are computer programs in strict sense. They are not written in natural language but in virtual code. They are a type of software that is programmed, like any other software, to carry out a task or series of tasks determined according to the instructions previously introduced. Its compliance, therefore, is not subject to the interpretation of any of the parties. SC are just like usual contracts that will let you exchange property, money, shares or anything valuable securely and transparently with a little twist. SC were originally quite separate from cryptocurrencies and blockchains. [4] With SC, you won’t be needing any middleman to do your deed. They were first proposed by Nick Szabo in 1994. Performance-based smart contracts are based on blockchain technology and the internet of things (IoT). SC regulate contractual relationships between people, parts or even machines.

The most proven use case for smart contracts so far is custom tokens and crowd sales. Hundreds of tokens have been launched and sold on Ethereum so far. The crowd sales are usually referred to as token sales, initial coin offerings, or ICOs.

PBBSC are self-executing contracts with the terms of the agreement between service supplier and service provider being directly written into lines of code. The code and the agreements contained therein exist across a distributed, decentralized blockchain network. PBBSC permit trusted transactions and agreements to be carried out among disparate, known or unknown parties without the need for a central authority, legal system, or external enforcement mechanism. That’s the primary difference between RLC and SC. They render transactions traceable, transparent, and irreversible. Like any RLC or agreement, SC can incorporate every possible consequence of transaction behavior and can issue the actions to be taken for each scenario. In simple words, I can say that a RLC differs from an SC in three aspects: the way of writing, legal implications and the way of compliance. Some advocates speak of replacing lawyers and judges with computer code, as if this is an obviously good idea.

In an distribuited open, public or private source blockchain network, PBBSC allow you to write applications in the blockchain that usually run as programmed, a transaction sends a type of crypto token that fuels the network (Ether, XEM, etc) deploys a smart contract, or executes a function on an existing SC. Transactions have a cost of carrying out an operation (gas) or a set of operations in the network (Ethereum, NEM, Hyperledger, etc), an blockchain measurement unit that determines the complexity and network cost of a code operation. The gas cost of a transaction is used to calculate the transaction fee. The transaction fee is paid by the address sending the transaction to the miner who mines the block.

Computers programmers work in an area where everything can be determined cleanly and clearly, if only in principle. So using computers to sort out all those annoying grey areas in human interaction is tempting: if you don´t understand law but you understand code, then you may try to work around law using code. The trouble is that this conception of SC is based on severely limited understanding of how contracts the law and social agreements work. It concentrates on a technical form that can be put into computer code. It doesn´t address the social meaning of what a “contract” is, the changeable contexts real-world contracts operate in, how they´re fulfilled in practice — or how you fix them when things go wrong.

In my opinion, PBBSC work on the wrong level: they run on facts and not on human intent — but legal contracts are a codification of human intent. Human intent is inexact, but contracts assume they will be running on human minds in the context of human institutions, for human purposes. It must be necessary to give the discussion about the procedures to modify the PBBSC when necessary and the way in which the conflicts will be resolved between the parts.