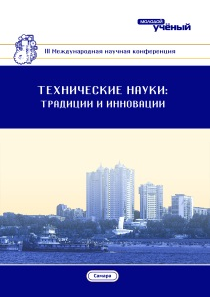 People used different tools and devices to alleviate aging. The oldest "computing machine" was operated with fingers and toes. People have taken on a considerable number of calculations with them. Not only the unities and tens, but also hundreds and thousands of numbers by means of different fingertips of the fingers. They have also been able to express millions through their hands.

Ancients, Greeks, and merchants of other nations used to buy grains, timber, and aqueducts on special billboards. The boards were then upgraded to the abac stones. Abac began to serve as the main board for ancient Greeks and Romans, as if it were our pocket calculator. Mental arithmetic (using abacus) is a very effective tool to develop a human intellect. In the process of learning, it enhances the right and left hemispheres of the human brain, improves the mental capabilities, and strengthens memory. This tool is called "abacus" in China and "sorobon" in Japan. One of the oldest Chinese computing device is "suan pan", which is used so far and is very popular. It is very broadly represented in in the Chinese market.

In this regard, the Chinese established the Suan Pan Association which includes courses, training sessions, and exams. Besides systematic training, the audience of Suan Pan includes cashiers, accountants, and bank employees. The first stage of the educational process begins with the education of preschool children and elementary school pupils. In the twelfth century, it moved from China to Japan, where the older computing equipment was called the Japanese "soroban". Another computing device was created in the 16th century, and at that time it was used to add, subtract, and multiply the number of grain stacks by "throwing" and "gathering". Later people made benefit of the fact that the function of numbers can be arranged in the decimal system. A computing device called arithmometer was created to calculate later. "Arithmometer" in Greek is an arithmetic measuring machine, a mechanical calculator, which carries out a series of arithmetic operations on a desktop, or a portable mechanical machine using a special arithmetic tape. It was originally created in the XVIIth century. In 1850, the great Russian mathematician P. L. Chebyshev first discovered a magnificent computing machine  the Arithmometer. It worked with simple arithmetic values, so it couldn't find solutions of differential equations. Most arithmometers were represented as the desktop and pocket models. They were similar to the other mechanical computing machines such as Comptometer, Curta, Contex-10, or BMM-2, but they were greatly different from the bigger ones such as the T5M, but it was a great deal. The scheme of this arithmetic mechanism was drawn by Leonardo da Vinci. This device appeared 1,500 years ago, it could count to 13-digit numbers, having 10 teeth. However, Leonardo's ideas were not disseminated in this period. An unknown innovation was made in 1323 by Wilhelm Shikard - a new arithmetic device. Arithmetic devices of Blez Pascal and Leibniz were created in the XVII century. In 1674, the Morland machine was developed, and in 1709, the Italian scientist Markuess Giovanni de Polene has built his model on this basis. In 1820, Tom de Kolmar's arithmometers started to be produced and used in shipbuilding. They were similar to the general Leibniz arithmetic device, but had a number of differences. Frank Stevin Baldwin P. in 18731874, Chebyshev , the Russian scientist from St. Petersburg, in 1890, created their arithmetic machines. V. T. Odner produced a series of machines, which later expanded the model of the most advanced computing machines of the early 20th century. It has become the arithmetic device of a wide audience. The machine created by Odner has long been popular among the USSR's most famous arithmometers called "Felix". The total circulation of this machine is several million, with 2 more modifications. The numbers could be entered with up and down scrolling. When inserting a number, one should hold the right hand and turn once. By contrast, it turns itself in turn. In such a case, the arithmetic device uses a mechanism to process numbers, like "Felix", which can be routinely converted to the movements of the handle or to use some of the electrical imprints. Arithometers are not digital analogues, they are logarithmic gauges, so the calculation result is not dependent upon read error and it is unambiguous. The arithmetic device may carry out the addition and subtraction operations, but in the Liver models, these processes are slow, but faster than insertion and reproduction. When working on the arithmetic unit, the operation mode must always be set manually, by pressing the corresponding button or turning the corresponding hand before each operation. There are virtually no software analogues of arithmometers, and their models are usually different from the automated level devices, they were only applied for aphthonics, duplication and other activities. One of the most commonly used models was Odiner and Leibniz. Non-automatic and automatic machines were manufactured at the same time. At that time automatic machines were very convenient, but expensive. According to catalogs, in 1956, "Felix" calculator was priced 110 rubles. In Arthur Conan Doyle's "Fourth Sign", he used this machine as a sign of the logic of thought, and compared Dr. Watson and Sherlock Holmes. The arithmometers are also now known as "small computing machines". Modern discoveries of today's scientists have made it difficult for us to achieve unparalleled results, not only due to calculating large numbers but also due to solving complicated mathematical and technical issues through the necessary commands. No matter what branch of national economy the electronic equipment belongs to, it serves and updates.

Of course, such electronic meters are worth being proud of, but some discoveries of such computers are created by the programmers and involve using formulas. Such kind of programs prevent students from developing their computing skills. I believe it is important for our younger generations to train their students using advanced computing techniques to improve the mental development processes. Mental arithmetic limits the importance of the discipline. The abacus and the imaginary brain develops both brain hemispheres.

Mental arithmetic is a solid foundation for the mathematical science. The basis of mathematics serves to a clear understanding of numbers and arithmetic operations. If a reader has solid mathematical basis, it can easily master geometric shapes, numbers, and functionality.

The right cerebral hemisphere is considered to have features of a camera: it quickly recalls and records things in human memory  takes pictures and can display it at the right time. This way you can count up to billions of dollars. [3]

The arithmetic device of 1932