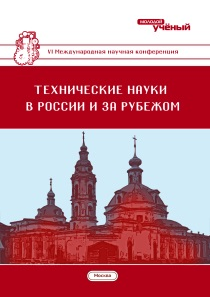 The object of research is a heat transfer process in small refrigerating machines. We investigated the possibility of reducing specific energy consumption of a compression refrigerator by increasing the intensity of cooling of the refrigerant in its condenser.

The reduction of energy consumption of refrigeration equipment is very important problem to be constantly paid attention to during its rapid development, and at present time.

It is known [1] that it’s possible to intensify the process of condensation of the refrigerant in several ways:

− to increase the coefficient of heat transfer from the condenser surface to the ambient air;

The heat transfer coefficient from the surface of the capacitor can also be increased by increasing the velocity of the air near the surface of the capacitor for example, when you use the fan [2, 3], or by using evaporative cooling surface condenser, [4, 5], or using movable capacitor [6, 7]. It is interesting to refer to the option of a cooling condenser and a compressor of the refrigerating unit simultaneously [8].

When you heat a solid surface with the help of gas medium in natural convective heat transfer the heat transfer coefficient is usually not more than 20–80 W/m2∙grad. One of the commonly used methods of cooling the surface of the condenser is forced ventilation process.

To increase the intensity of condensation process of the refrigerant we can use the other methods, such as it presented in the publication [9]. The use of fan for cooling the surface of the condenser is widely used to display coolers, which use compact compressor condensing unit with one or two fans, usually the capacity of the fridge is over 400 liters.

Small refrigerators with relatively high refrigeration capacity traditionally used to apply traditional method of cooling the condenser with the help of natural convection, which is considered [1], to be the rational use of fan for cooling the condenser. However, papers [11], let us make a complement to this tradition using a new approach. It is proposed to use a thermoelectric Converter to produce electricity from the running compressor of the refrigeration unit. The use of the Seebeck effect will enable the heat generated by compressor refrigerating machines to be converted into electricity and the latter to be used for blowing the surface of the capacitor. Thus, the fan is not consumed electricity from the network, and it allows to improve the heat removal from the surface of the capacitor. The heat exhaust from the compressor is usually dissipated into the environment, complementing the heat from the condenser. Typically, the capacity of the exhaust heat from the working refrigerating machine more than power get cold. Great Park for refrigeration compression refrigeration equipment in the aggregate is very large dissipation to the atmosphere.

Consider the circuit for cooling the condenser of a small refrigerating machine with a fan let us solve the problem of determining the amount of heat discharged from the surface condenser during its blowing surface of a fan.

Fan capacity refers to the volume of air passing through the fan per unit time. For example, cm3/min, or in the system

The air flow generated by the fan determines how much heat you can take from the condenser per unit of time.

Theoretically, the magnitude of this heat load can be obtained from calorimetric calculation of refrigeration cycle specific design of the refrigerator.

Let the air mass m, which is supplied to the surface condenser, is heated by ∆T in time t. Then he transferred quantity of heat:

where c_p- is the heat capacity of air at constant pressure. The dimension parameters:

, which should ensure the rate of heat dissipation from the condenser is Qt per unit of time.

Express the mass of air using its density and volume:

Then, in unit time will be given heat:

For dimensions taken in the expression (1):

For fans with the specified performance СFМ, it is necessary to consider that 1 m3/min = 30,48 СFМ (cubic pounds per minute), or:

Substituting in the formula (3) the heat load on the condenser, temperature difference, density and specific heat of the air, you can calculate the capacity of the fan.

The actual performance of the fan

for removal of thermal energy from the surface of the condenser Qt must be greater than calculated one due to partial scattering of the air flow when blowing the surface of the capacitor. This dispersion can be considered a design parameter – the coefficient of dispersion of blood flow. Depending on the shape of the air flow and the shape of the condenser the value of this coefficient may range from 0.5 to 0.9.

The actual performance of the fan:

Let the power, the exhaust from the condenser 60 W, the temperature difference between the surface condenser and the surrounding air is 25 0C.

For the approximate calculation accept density of air at t=25 0C and a pressure equal to one atmosphere: C=1100,0 j/kg·

For relatively accurate calculations the humidity and the pressure in the measurement of fan performance must be taken into account. For humidity 60%, air density is approximately equal to 0,95 kg/m3.

Specific heat of air depends on air humidity. For dry air it is equal to

where d is the moisture content of the air in kg/kg c. b.

Using the expression (6), we perform estimating calculations linking heat load on the condenser and fan performance. The results of the calculation are given in table 1.

To indicate air flow in CFM dimensions, from the expression (6), we get:

It would seem that airflow in 861 cm3/min is not too much, so the airflow is able to provide even a relatively low powerful fan. However, you must keep in mind that the airflow generated by the fan and the airflow blown from the surface of the condenser is not the same thing. If the fan is installed in the housing of the refrigerator or fan is included into a condensing unit, its performance will differ from that specification in the technical documentation.

In the General case, we can assume that the static pressure of air flow from the fan is a function of the speed of the fan:

Thus, the calculations show that the heat removal from the condenser of the refrigeration machine with the use of modern fan it is advisable to perform a design of small refrigerating machines with a smaller condenser, but they must be equipped with a fan for cooling the condenser.

We have also proposed to increase the power of the fan and its rational use to provide a refrigerator battery. This will allow us using low thermal load on the unit, to accumulate energy, and when load is increased (e.g. when loading the refrigerator Cabinet products) – it is effective to intensive heat sink, reducing the overall power consumption of the refrigerator.

Suppliers of fans for personal computers measure the performance of the fan in cubic feet per minute (Cubic Feet per minute, CFM). The patent for invention RUS 2570533 29.12.2014.

Suppliers of fans for personal computers measure the performance of the fan in cubic feet per minute (Cubic Feet per minute, CFM). The patent for invention RUS 2570533 29.12.2014.