The conception of religious tolerance between Islam and Christian contemporary thinkers 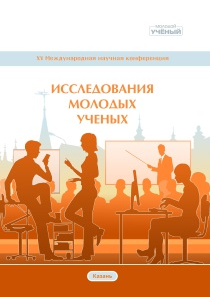 It is undeniable truth that numerous researches and studies have been dedicated to religious tolerance topic. Although, it is claimed that despite numerous studies have been done, no conspicuous result has been achieved. However, the recent pew research revealed that fifty-six percent of respondents responded by claiming that «many religions» can take to paradise suggests that due to the prevail of multiculturalism such as inter faith marriage, having friends from other faith seems to imply that tolerant behavior towards other people with different faith appear to significantly influence the thinking of people regarding the salvation of their partners and friends irrespective of their different doctrines of convictions (Khalil,2013). It is historically true that many wars and clashes between religions particularly between two competing large religions namely Islam and Christian occurred partly due to the intolerance and the rejection of pluralism. Islam and Christianity are two largest religions in the world. More than fifty-five percent of people of the world adhere to these religions (Lituanja, 2009). This indicates that over a fifth of human-beings of the world follow these religions implying that the peaceful relationship between these two religions mean peace in the world. As Hans Kung (1991, cited in Lituanja, p,317) states that «there can no peace among the nations without peace among the religions; there can no peace among the religions without dialogue between the religions». Therefore, the goal of this essay is not to denounce or criticize each religion by bringing evidences, rather make although small, contribution on holding constructive dialogue in order for people with different convictions whom globalization and urbanization brought together to live happily in peace and harmony. As Chapman (2011, p.61) stated «a healthy society is established through dispute and dialogue between such groups rather than strong centralized power». The establishment of religious pluralism in a democratic society is indispensable. Therefore, reaching reasonable conclusion necessitates the discussion which must be based on the reasoned argument and analysis and not on one central religious identity (Litonjua,2009).The methodology of this essay is to have a comparative analysis of each issue relevant to the religious tolerance. There are numerous issues, yet due to the limit, the three main issues such as exclusivist truth claim, excessive fanaticism and the state model will be discussed and analyzed throughout the essay. The first section of this essay will look at the absolutist truth claim which is believed to have caused many wars and conflicts between two religions. The second paragraph will examine the violence which stem from excessive fanaticism. The final part of the essay will discuss the religious tolerance in the context of the state, in other words, based on the proposal of William’s interactive pluralism, the state model will be analyzed and revealed how far is it applicable in today’s world. As suggested, this analysis aims to explore the potential for religious tolerance between Christianity and Islam in the XXI century. Within this remit, a key objective center on offering an assessment which links theological analysis with political assessments. The work undertaken therefore seeks to link theological discourse with a wider pluralist political theological agenda which has the potential to respond to the challenges faced in terms of inter-religious toleration in the XXI century. In order to support this thesis, a key objective of the analysis focuses on proposing and augmenting the pluralist theological political position advanced by Williams (2012).

The Claim of Universal Truth

Violence which stem from fanaticism

1. Between heaven and Hell,Islam, Salvation and the fate of Others. Edited by Mohammad Hassan Khalil. Oxford university press 2013

2. Religious Studies in Japan volume 1: 3–23 Shimazono Susumu. From Salvation to Spirituality the Contemporary Transformation of Religions Viewed from East Asia (2012).