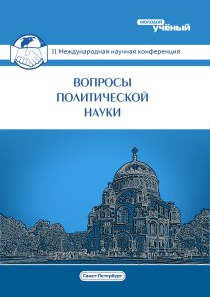 To implement special order of the proceedings of the Institute are subject to certain requirements, the so-called base and conditions. For example, st. 314 Code of Criminal Procedure states that the accused has the right to the presence of the public or the private prosecutor and the victim's consent to express consent of the charges against him and to apply for a verdict without trial in criminal cases on crimes for which the punishment provided by the Criminal Code the Russian Federation, does not exceed 10 years in prison.

In this case the final decision about the use of the institution nevertheless remains for the judge, as the law provides that the court may decide the verdict without trial in a general way, if satisfied that:

The law states that if these conditions and if the public or private prosecutor and (or) are not met the victim claimed the defendant objected to the application, the court makes a decision on the appointment of a trial in a general manner.

So we see that the bases of application of a special order of the trial are as follows:

For a closer look at each of the above reasons, it is necessary to determine the number of participants in the application of this institute. It should be noted that the number of participants in the application of a special order of the trial is much narrower than in the general order of the trial. As a rule, those parties are the court, the prosecutor, counsel for the accused, the accused, the victim, (not available in all countries, the legislation stipulated a mandatory part of the victim).

According to Art. 45 Criminal Procedure Code of the Republic of Uzbekistan, the accused — is the person against whom the established by this Code the decision about bringing him to participate in the case as a defendant. Therefore, the moment of recognition of the person accused is a time of making the decision on the person as the accused. Subjecting a person as the accused — it is extremely responsible act; therefore, the law requires that the investigator possessed at the time of the judgment of an accused, sufficient evidence. However, we know that the accusation during the preliminary investigation may vary, with the discovery of new evidence, the emergence of new versions. Strogovich M. S. on this occasion he wrote that «hasty involvement as a defendant, without the serious evidence of guilt of the person and an artificial delay of attraction, pulling it to the end of the investigation — is not valid» [1. P.178.]. At a special order of the trial the accused agreeing with the accusation, seeks the application of the institution, but in what form must be expressed agreement in all countries where this institution is widely used is defined (for example, the CCP did not reveal the shape of the claimed agreement with the accusation). This agreement is one of the most basic and the key moments in the application of a special order of the trial. In judicial practice, the application of this institute, there are cases of failure to appoint a trial in a special manner by reason of non-recognition of guilt by the accused in whole or in part on the stage of preliminary investigation. However, this is contrary to the basic position, since according to them the accused has the right to declare the agreement with the charges against him, and after the end of the preliminary investigation and the decision to apply for a sentence without trial in the case. It is obvious that such consent may be expressed by the defendant, regardless of his position in the stage of indictment and the preliminary investigation of the criminal case. However, many scientists say the wrong position, according to which the defendant does not have to admit guilt, but have to admit the accusation put forward by the preliminary investigation, thus not equate the concepts of «admission of guilt» and «agreed with the accusation». In practice, not a single case where a defendant has agreed with the accusation, but would not have pleaded guilty. But what the court if there is a «competent» the accused, who asked the court to answer: «Yes, I agree with the prosecution against me, but did not admit his guilt». The opinions of lawyers on the subject were divided. Thus, A. S. Alexandrov, N. A. Dubovik, P. Kondrashov believe that the admission of guilt — an important condition for the possibility of production in a special order. If the fault will not be recognized or will be recognized as part of, the judge is obliged to stop production in a specific order and assign a trial in a general manner. I. L Petruhin adheres to the same point of view, as even not focus on the language we are considering the differences and uses them interchangeably. Other scientists pay attention to the possibility of agreement with the accusation without the mandatory admission of guilt. In their opinion, the defendant merely states that did not dispute the accusation, but nothing more. In our view, these two concepts are equivalent to each other the accusation — a statement of the accused committing the crimes proscribed by the criminal law and extended in the manner prescribed by the Criminal Procedure Code [2. S. 38–39]. Vine – is criminally-legal value, which expresses the mental attitude of a person to commit socially dangerous acts and socially dangerous consequences. Therefore, while agreeing with the accusation, the accused pleads guilty. It should be noted that the charge may change during the preliminary investigation, as the initial charge is the only version supported by certain evidence of the investigator, the prosecutor, which can be refuted in the future.

Due to the fact that legislation in many countries is not provided for, in what form should be expressed consent of the accused as charged, in our opinion it is necessary to make an additional requirement to the decree to prosecute as the accused, as well as to the indictment. That requirement will be the introduction of additional columns defining the relationship of the accused to the indictment, i. e., «I agree with the accusation», or «does not agree with the accusation». This will be the written statements of the accused's consent. However, in practice the application of the order of the trial, there are cases when the preliminary investigation stage in the indictment, the defendant does not agree with him. In our opinion this can affect both psychological factors (e. g., criminal liability fear) and objective factors (such as the accusation is false) should not be forgotten that the «accusation» of the preliminary investigation is the only version of the investigator and the prosecutor, which not always confirmed in the course of further investigation.

In practice, there is one more question about the use of this institution as much as possible to expand the application range of an application for a verdict without trial, thus extending it to the suspect and the defendant. [3. C. 13.] We agree with the opinion of V. V. Doroshkova [4. P. 34.], who believes that, despite the fact that the criminal procedure law is silent on the right of the defendant to the application request for the application of a special order of the trial, though in practice can occur cases where the accused will not be explained given the right to pre-trial investigation.

When it is possible to declare the petition? Many authors, such as K. A. Rybalov argues that the application of such an application is possible at any time of the criminal proceedings, certainly after the arraignment. The same position is held V. M. Lebedev. In contrast to these authors appears V. N. Ananev, who believes that the accused may file a petition for a verdict without trial is not at any time of the criminal proceedings, and after the end of the investigation, starting from the moment of familiarization with the case materials and to the purpose of the trial court. We close view V. N. Ananeva really in our opinion the statement may request after reviewing all the case materials, almost the end of the preliminary investigation, in order to avoid self-incrimination.

An important role in the application of a special order of the trial takes counsel for the accused, which is required to participate in this event. The right to defense is contained in many international instruments and actively used. It is acts such as: the Universal Declaration of Human Rights adopted by the General Assembly of the UN on December 10, 1948; Covenants on Human Rights, adopted on 16 December 1966 by the UN General Assembly. It should be noted that in criminal proceedings the lawyer can act on the side, as a defense and the prosecution.