Problems of the philosophical comparative academic description of «Baburnama» 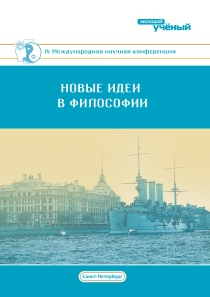 The article deals with the problem of translation of comparative descriptions concerning the historical and geographical regions and local areas in “Baburnama” by Z. M. Babur. The translations of “Baburnama” show the skill of such translators as Leyden-Erskin, A Beveridge and W Tekstons, on whose examples we review the chosen problem.

With this view, we start our research with the determination of the approaches of translators to their work, i.e. if they try to keep the style of Babur or change it, translating the information concerning the geographical territories using the comparative descriptions. Secondly, we focus on the comparative style that was used in “Baburnama” commonly, concerning the climate of various territories, relief, population and other peculiarities. This style is valuable for the modern geography. For clearly learning of this theme, the comparative style distinguishes in the texts of different languages.

Among other things, the features of similar and different methods were showed on the examples represented in the translations of the above-mentioned translators. During our scientific work, we compared the translators’ works and analyzed them with respect to the way of how they used the comparative descriptions that were explained by Babur to English readers. We also provided the information related to the ways of translation and problems of comparative descriptions in geographical and local areas in “Baburnama” by ZM Babur.

The autobiography of Babur received the widespread acclaim from many modern scholars. Quoting Henry Beveridge, Stanley Lanepool writes: “His autobiography is one of those priceless records which are for all the time, and is worth to rank with the writings of St. Augustine and Rousseau, as well as the memoirs of Gibbon and Newton. In Asia it stands almost alone”.

Writing about the time when Babur came to India, the historian Bamber Gascoigne comments: “That time he linked in narrative form the jottings which he had made throughout his life as a rough diary, but he also got around to write a magnificent and very detailed forty page paper about his new acquisition — Hindustan”.

He explained in his diaries the social structure and the caste system, the geographical outlines and the recent history; he marveled at such details as the Indian method of counting and time keeping, the inadequacy of the lighting arrangements, the profusion of Indian craftsmen, or their lack of good manners, decent trousers and cool streams. However, the main emphasis he laid on the flora and fauna of the country, which he noted as a born naturalist and described as a painter.

He marked and described, for example, five types of parrots, explained how the bananas are bred, and with astonishing scientific observation, he announced that rhinoceros resembled the horse more than any other animal. Nowadays it is commonly known that the order of Perisodactyla has only two surviving sub-orders, the first of whom includes the rhinoceros, and the second one includes the horse. In the other parts of the book, he also described as he went into raptures over different things such as the changing colors of a flock of geese on the horizon, or of some beautiful leaves on an apple tree.

His progression with all its ups and downs from tiny Ferghana to Hindustan would in itself not ensure him a major place in the league of his great ancestors, such as Timur and Genghis Khan. However, the sensitivity and integrity with which he wrote his personal odyssey, from buccaneer of royal blood reveling in each adventure to emperor eyeing in fascinated amazement every detail of his prize, gave him an added distinction that very few men of action achieved.

We can read more about the comparative style of geographical place and local territories in “Baburnama”. For our dissertation, it is more important, how English translators translated those descriptions into English. The translation of some passages is more correspond to the description of the events of the original variant presented in “Baburnama”, and other passages are contrarily. For example, let us pay our attention to the translation of the passage translated by Leyden and Erskine: “In these countries, Ghazni and Khwarizm, are celebrated for their cold, in the same manner as Sultaniah and Tabriz are known in Iraq and Azerbaijan”.

Translators tried to translate the comparisons according to the author’s style. They could give the main idea of the text in his translation. Reading this information, the English readers get to know, which city is cold in the country and which is its climate at all. So, the passage give the data concerning not only the climate of a city in Uzbekistan, but also the data concerning the climate of cities of the other countries too; and this make the book more important and valuable source of materials concerning the climate. The translator in his translation explained the information according to the author’s style.

The next passage was translated by W Tackston, who also kept the author’s style in his translation: “In these parts Ghazni and Khwarazm are as well known for being as cold as Sultaniyya and Tabriz are in the two Iraq and Azerbaijan”. We can see that the translator tried to explain two sentences in one word: the translation was explained through one word, which is not repeated one more time within the translation process. He used the words of comparison “as” and “such as” that clearly presented the idea of author. The translation was described clearly from the grammatical and lexical side. The translator used properly the words and kept the order of word within the sentence. Here is the original passage as it is in “Baburnama” which clearly shows the goal within the process of analyzing of translation:

Surely, the coldest territory of Uzbekistan in winter is Khwarezm. Gazni is situated on a plain where the cold winds blow widely, and Soltaniyeh is located in the eastern part of Iran, at the bottom of a mountain, at a height of 1800 meter above sea level, where the winter is also cold and summer is very hot.

Therefore, the above-mentioned passage shows that the comparative description of geography of these countries was learnt and written by the author in detail. The authors should have full information about these cities in order to compare them. That time Babur had such information; that is why he could compare the climate of cities and countries with each other.

In conclusion, the translators tried to translate the comparative descriptions according to the author’s style. They could keep the main idea of the text and gave an interesting information in their translations.

Learning English without tutor is an achievable goal | «Молодой

Learning English without tutor is an achievable goal | «Молодой